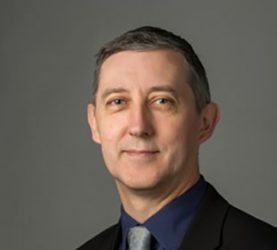 Prof Dr Marc ANTONI [M] is Director of the Rail System Department of UIC (International Union of Railways) in Paris. Since 2007, he has been Head of Technological Innovation and Asset Management at SNCF, and from 2013-2014 has also been a signalling and system expert at UIC.
He graduated in electronics from French engineering school CNAM Conservatoire National des Arts et Metiers) in 1990, following which he qualified as an engineer at Supélec (Graduate School of Engineering) in 1993. He obtained his PhD at the University of Braunschweig (Germany) in 2009 and obtain the title of university Professor at the CNAM in 2018.
Beginning his career with SNCF as a signalling and telecommunication operator at the Strasbourg Regional Infrastructure Directorate in 1986, he has since been head of one of the regional infrastructure signalling divisions in northern Paris, a signalling expert in charge of developing supervision and remote monitoring for infrastructure, and later Head of the Regional Infrastructure Telecommunication and Computerized Systems Directorate.
Dr Antoni won best paper award at the WCRR 2008 and has been an SNCF SYNAPSES Expert level 4 since 2009. On 14 November 2012, he received the title of Knight of the French National Order of Merit.

Cyber security and asset management in the railway domain

Asset management, security and the safety