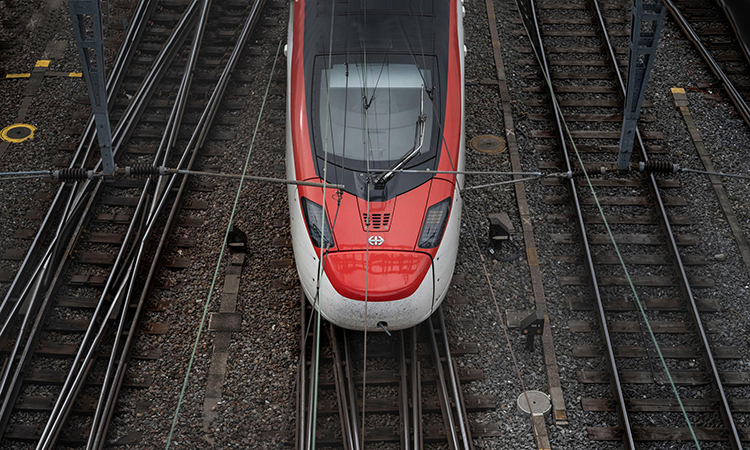 In January 2022, Swiss Federal Railways (SBB) received the ‘Watt d’Or’ energy award from the Swiss Federal Office of Energy. The statement explains why: “As a pioneer of electrification in Switzerland, SBB has operated its own power stations and its own electricity grid for over 100 years. Now, SBB is betting on digital technologies for further innovation.”

The load profile of the traction electricity network operated by SBB Energy is significantly more dynamical than a typical load profile on the public power grid. The periodically clocked schedule reveals that power requirements are much lower on the hour and on the half-hour when lots of trains are at the major railway stations, compared to times in between. Power demand peaks during minutes seven to 15 and 37 to 45, when many trains are accelerating at medium to high speed at the same time. Operational fluctuations mean that short phases of high-power demand can overlap when there are a particularly high number of trains in operation. This results in extreme peak loads which occur stochastically. When temperatures are low in winter, power demand increases by an extra five to 10 megawatts (MW) per degree Celsius. The traction network capacity must be designed to cope with these rare and brief peak loads. They last from just a few seconds to around a minute and can reach a maximum amplitude of several tens of megawatts. Without load management, this means that output at the upper end of the power range is required from power plants and frequency converters, for a few seconds to a few minutes, each year.