The impact of COVID-19 on Indonesia’s transportation industry

As Indonesia continues to digitally transform, Erni Basri, Head of the Railway Engineering Centre for the Western Part of Java Island Indonesia, and Directorate General of Railway and Ministry of Transportation Indonesia, explains the significance and development of smart cities and smart railway transportation across the country, despite the challenges of the COVID-19 pandemic. 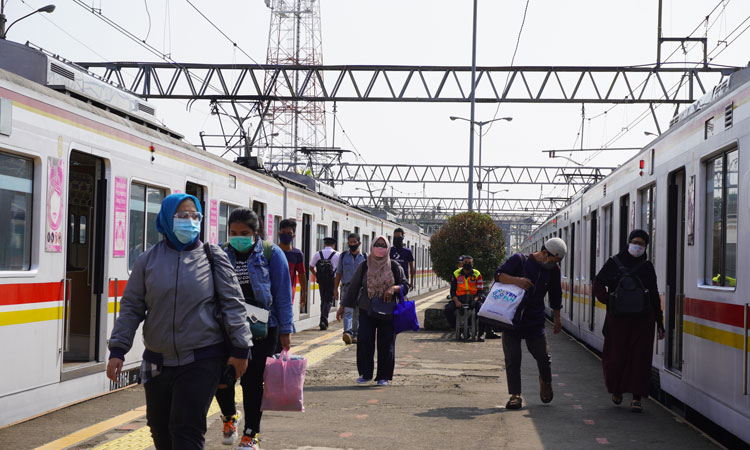 Digital transformation, including digitalisation, is currently a very important matter for all, specifically in the post-COVID-19 environment. Vice President of Indonesia, Ma’ruf Amin, recently commented on digital transformation, identifying it as one of the government’s priority programmes to support development in various fields in Indonesia, in accordance with Indonesia’s President, Joko Widodo’s implementation of five national acceleration agendas. These agendas support all aspects that encourage national acceleration, including transportation. Smart transportation, as one of the systems and approaches to supporting infrastructure for smart cities, is also a long-term programme developed to improve the quality of life for city residents. More generally, the government is striving to provide sustainable, quality of life improvements to communities for all people in Indonesia, through its programmes by 2050.

The development of transportation and progress of Indonesian Railways can be realised through integrated trains that are secure, safe, comfortable and reliable, providing affordable, modern services. However, transportation as an industry has been significantly impacted by COVID-19, with rail transport seeing decreased passenger numbers.

Indonesia’s railway currently operates around 5,900km of railway lines, including double-track lines, and roughly 2,700km spread across the islands of Java, Sumatera, and Sulawesi, (not operated by Indonesia Rail). Rail transportation decreased by 56 per cent compared to the previous year, pre-COVID-19. Furthermore, rail freight decreased slightly by 4.5 per cent.

Overall, the role of rail transportation in Indonesia is still very minimal. Nationally, rail accounts for only four per cent of passenger transportation and only one per cent of freight transportation. Despite the pandemic, the Ministry of Transportation has continued to prioritise development, including the development of railway technology for the National Railway Master Plan. This project aims to improve transportation services both between cities and urban areas through strict health protocols, ensuring the safety of railroads and supporting rail network connectivity between regions.

Budi Karya Sumadi, Indonesia’s Minister of Transportation, issued the National Railway Master Plan in the Decree of the Minister of Transportation Number 296 for 2020. By 2030, it is anticipated that rail will realise growth targets of between 11-13 per cent for freight and between seven to nine per cent for passenger traffic. With these main programmes including the construction of double-track and electrification of the main line in Java, the development of urban trains, and the operation of Java’s first high-speed train from Jakarta to Bandung, it is expected that the railway will become the backbone of mass transportation between cities, including freight transportation.

Despite the pandemic, the Ministry of Transportation has continued to prioritise development, including the development of railway technology for the National Railway Master Plan.

Indonesia’s rail development is currently seeing technological improvements being made to the South Sumatera LRT and the Jogjakarta-Solo commuter lines. In addition, the Jakarta-Bandung high-speed train and Jabodebek LRT are in the process of being built, which are expected to be completed and operational in 2022. An operational facility technology is also being developed in Jakarta’s central station, Manggarai Station. Developments such as double-tracking to separate intercity operation within commuter lines, which have already been applied to the majority of main lines on the islands of Java and Sumatera, by using fixed signalling mechanical or electrical blocks, continue. Furthermore, the GoA Level-1 on the South Sumatera LRT continues to be utilised, as well as the use of GoA Level-2 on the Jakarta MRT, with the operation of semi-automatic trains using Level-3 on the Jabodebek CBTC LRT and the use of Level-4 on the Soekarno Hatta Airport sky train, with the introduction of unattended train operation.

Digitalisation and digital transformation efforts are being carried out in stages, both by regulators and operators, as well as Indonesia’s railway industry. Digital transformation works have been carried out by the main operator (KAI) since 2010, including the development of the first-generation ticketing system, railway operational management system, SAP, personnel management system, and infrastructure management system. In terms of the industry, LENs play a huge role in construction and engineering, as well as in the fields of signalling and rail telecommunications, where they have also made several digitalisation efforts, namely SiLTrack, SiLSafe, SiLMove, and SiLVue. Meanwhile, from the regulatory side, digital transformation efforts achieved include E-Office and E-Monev. E-Office is a website which displays information on employee activities and can be connected to the routine reports of the Directorate of Railways Infrastructure consultants. There is also E-Monitoring and evaluation that can display information on railway infrastructure, its distribution, and monitoring of railway infrastructure works.

Erni Basri has 19 years’ experience working in central government at the Ministry of Transportation Indonesia. Her first role was Subhead of Engineering for the International Construction Bajoe Kolaka Ferry Terminals project, in South Sulawesi. For 10 years, Erni worked as a Section Head for different railway fields including planning, infrastructure and safety. She has a Masters’ Degree in Engineering Transportation from Hiroshima University, Japan. Erni’s time in the rail industry has secured her with certificates as an Examiner, Inspector, Auditor for Infrastructure Railways, Auditor for General Work Safety, as well as the Engineer Indonesia PII member (2017) and registered as ASEAN Engineering AFEO. During 2017, Erni gained experience as Project Manager at Patimban Port for both the design and preparation construction stage. In 2018, Erni became Deputy Director on three different fields: worthiness, operating facilities and track buildings, as well as management of the state‑owned facilities of rolling stock. During 2019, Erni worked as Project Manager for the construction of the Jabodebek Light Rail Transit for the Ministry of Transportation. Erni’s current work concerns the main strategic national project, which is still under double-tracking Stage-1 of construction between Bogor to Sukabumi and from Kiaracondong to Cicalengka. 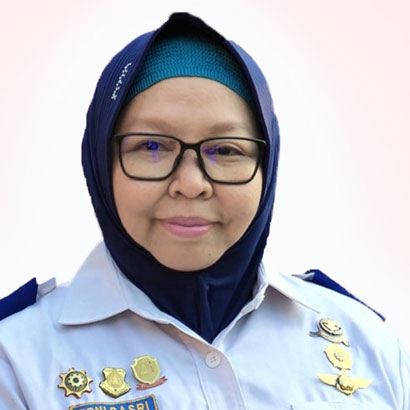