From national to international: Changing the rail industry focus

This article explores the rail industry shift from a national to international focus and how rail professionals can learn from each other. 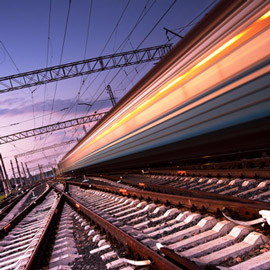 Like it or not, today’s public transport operations in Europe are an international affair at many levels. The introduction of automated traffic control systems such as ERTMS, ETCS for automatic train protection with GSM-R for train to shore communications, the operation of passenger franchises and rail freight by foreign companies and road vehicles and rail rolling stock supplied by overseas companies bear testimony to that. The public transport road and rail industry in Europe, like maritime, air and road transport did before, has finally left the old national focus behind under European political involvement and re- orientated internationally, admittedly sometimes not whole-heartedly in the initial stages. This has important repercussions for today’s students of rail operations, even if that at the moment does not appear a really relevant issue in your daily job.

The European Continent and Britain play a major role in the world of public transport and need people with an internationally orientated spark driving them. As much as that Britons manage or make policy in the foreign corporations that run buses, trams, metro’s and trains here (e.g. Hong Kong’s MTR is s classic in that respect), the Hitachi Rail Rolling Stock Manufacturers is a Japanese company led by a Briton, headquartered and manufacturing in the UK, Japan and in Italy, many foreign managers do their daily job in Britain. The British institutions for railway signalling, traction and track engineering and rail operation thrive, with a very international membership and their job-qualifications are internationally widely recognised.

A striking example of international concern is level crossing safety, certainly where it concerns the most threatening variety of them all; a heavy road freight vehicle getting hit by a train. Where at this moment virtually every network is eliminating the run of the mill level crossing safety issues in co-operation with some success, one thing keeps standing out; the rate at which heavy road transport vehicles still are involved in collisions because of unforeseen problems they encounter on automatic level crossings. After the 1968 Hixon accident in the UK one would have thought that a heavy road haulier as a matter of routine talks to rail traffic control authorities about traffic intentions, a matter of common sense. Yet this is not so: similar incidents still happened thereafter (e.g. Kissimmee FL USA 1993, Domène F 2006, Tossiat F 2007, Kerang NSW AUS 2007). The British problems with the reset-and-go scare after the introduction of AWS/TPWS in 2002/03 were preceded by precursor incidents of great similarity in Germany. The disastrous gas-tank wagon derailment with explosions and fire at Viareggio in Italy due to a broken axle brought a raft of issues with UIC standard freight-wagon axles and freight vehicle maintenance into the European limelight, but it took that fire and its casualties to trigger international action. The derailment and burning of a train that combined fuel and chemicals in its cargo at Wetteren in Belgium last year was a smaller scale replay of the similar disaster at Mississauga in Canada decades ago. It was the 2005 Hatfield derailment that suddenly put forward issues with rolling contact fatigue on a surprisingly international scale. The 1999 Eschede disaster in Germany was about overbridge piers hit by a derailing train, something that also played a role in the equally destructive 1977 Granville accident in Australia and at Lewisham St. John’s in the UK. Then why were these more recent accidents allowed to happen? Because rail people did not take enough note of what happens elsewhere in the world and so miss out on sensible measures taken there? As a consequence people died.

On a more everyday scale, though, how do others deal with vandalism issues such as fare-evasion and graffiti? Would a bit more interest in each others predicaments perhaps have given the tools used elsewhere to prevent some of the accidents? Would better insight in other operator’s solutions to combat vandalism issues generate better services, save problems and funds?

Given that the operation of railways in Europe moved to a previously unknown level of internationalisation, it might be very useful for operations people to know how their foreign employer is experienced by customers in the country of origin. What is good about the quality of operations there and what is definitely better here at home. One thing that never ceases to amaze us on the Continent, for instance, is the virtually universal lack of skill to speedily clear problems for customers during service disruption. Effective service recovery appears an unknown quantity; measures taken are unclear, badly communicated and waiting times for people stuck in stations on platforms are appalling. Only in Belgium did I once experience some pleasantly old-fashioned and effective rail traffic controller work during a train failure, but the truth is that e.g. the UK has become the fastest and most effective operator in such circumstances. Obviously, at the time they had to!

On the other hand, as long as everything works fine the integration of main and local services, the convenient public transport hubs and the high-frequency timetables with tight connections operated with no-fuss through ticketing (especially in The Netherlands and Switzerland) are eye-openers to anyone used to the situation in the UK, especially away from London and other big cities. Never mind some really impressive achievements on the rolling stock side, such as the twin-deck coaches, the ever expanding local and light rail networks, high-quality bus lines completely on their own roads with the buses switching traffic lights on intersections with the normal roads. Things like the three-section double-articulated buses as in Utrecht. How come that these big vehicles didn’t threaten cyclists’ welfare in the Utrecht mediaeval city streets that single-articulated buses apparently did in London?

Knowledge of developments elsewhere in Europe and the world may not immediately give you an advantage on your home territory. But if you have the intention of making the most of your career, knowledge about developments elsewhere might just give you the edge when a relevant position becomes available. Developing your own -and judging other people’s- ideas about potential ways forward gets a lot more efficient if you know about solutions tried out or at work elsewhere. Look for instance at the presently emerging discussion about the use of double-deck rolling stock in Britain to deal with incessant overcrowding, a solution widely used in Europe and North America, is one of these issues. Another topic is the benefit (or not) of driverless trains with Automatic Train Operation. Is it worth the investment?

Knowledge, quite simply, makes pieces of puzzles fall into place and consequently will deepen your own level of efficiency in your job. Hearing from rail people abroad cannot but re-direct your perception of what happens at home and whether that is the best possible way of doing things or not. You will, for instance, find that the much talked about need for integration of public transport (hardly anyone works or lives within five minutes from a train platform) sparked off interesting developments with operations (tram/trains) and ticketing (national/regional all-operator smart cards) abroad. It first of all thoroughly benefitted the customer but at the same time made back-office life for operators easier and more economical. You’ll experience how issues with missing main transport links in crowded areas, overloading of passenger rolling stock, pre- and post-trunk trip transport problems and station management are being tackled. You’ll bring back insights just how that might improve the situation where you work.

Together with other people we are looking for ways to exchange UK and Continental public transport trainees on fact-finding trips to find out the facts, talk to people and generally come home again looking with new eyes about possible solutions to problems here. I think that it also would be an enjoyable experience to those who, like us, are interested in public transport on a deeper level than it just being a job. Let us know what you think, are you interested in a short and sharp course of this character?

It’s happening now, it’s there for you to see and take it in. To get inspired and be better informed when ideas to tackle issues at work come up. Also; as a French signalling engineer once put it when reading a paper in London, working on the railway should be fun. Travelling abroad and looking behind the scenes there is fun. You come back richer than you went out. That is fun!

Daniel Davis and Peter van der Mark, both with several decades of tourist travel, bus and rail experience behind them, both at the sharp end as well as in staff management positions, are in the final stages of setting up a week’s discovery trip in the UK and on the Continent. The topics we try to find answers for are for instance: Who and what is the industry that works on transport concepts and finds solutions? What works and what not? Who are the manufacturers of transport equipment and who uses it with what results? Who is who in the passenger and freight train operating world, running trains where? How do these companies operate on their home turf? What is the influence of political decisions on the health of public transport and on your job, what is the role of governmental interference at home and abroad?

We also are looking for people with a story to tell and who are willing to share their knowledge and experiences with an international audience of professional transport students from all sections of the transport world in the UK and the Continent. Can we please hear from you? At the same time, are you a transport professional who is interested in a short trip, a week in October, within the UK and on the Continent to broaden their knowledge horizons? Can we hear from you?