Digitalisation is progressing at full speed

Digitalisation is creating the best rail mobility there has ever been: more climate-friendly, safer, more economical, quieter, and with greater comfort. As Volker Schenk, German Railway Industry Association (VDB), explains, companies in Germany’s railway industry are applying new technologies in pursuit of reaching their digitalisation goals… 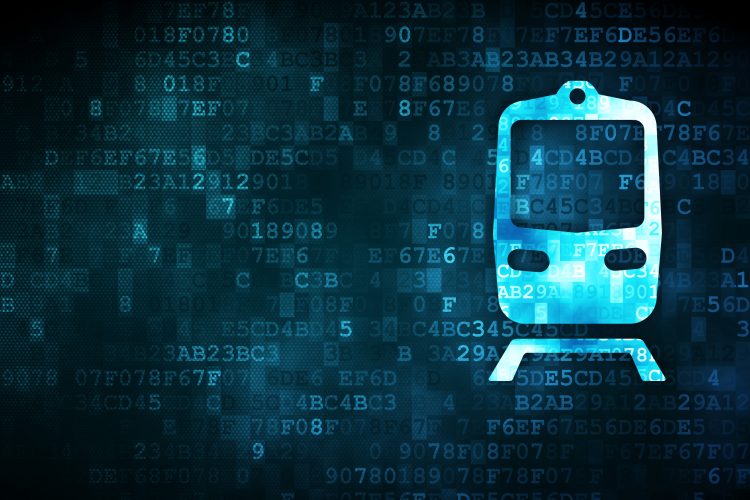 Digitalisation is creating the best rail mobility there has ever been: more climate-friendly, safer, more economical, quieter, and with greater comfort. As Volker Schenk, President of the German Railway Industry Association (VDB), explains, companies in Germany’s railway industry are applying new technologies in pursuit of reaching their digitalisation goals. Their developments have always focused on people, who benefit from the technical progress resulting from the ‘Rail 4.0’ research programme through participation in society and sustainable mobility. Furthermore, rail traffic is indispensable in a modern society and an economy based on the division of labour.

More people around the world want sustainable mobility in their daily lives. The threat of transport gridlock in numerous major cities; the frustrating search for a parking space; unbearable smog – all of these issues demand completely new mobility concepts. And the digital rail systems ‘made in Germany’ can supply them with ever greater convenience. For example, the capacities of automated suburban trains can be adjusted to meet actual demand in real-time. To put it simply, the trains run when the customers need them. That can be significant when large events take place. Suppose a rainstorm puts an early end to an open-air concert – the more flexibly the trains can run the better. Of course, travelling also becomes more enjoyable if passengers receive individualised real-time information and have more options for using their time on-board. Digitalisation has very tangible benefits.

So too does the contribution of those who develop, integrate, produce and sell these systems in the railway industry. Digital control and safety technology for the infrastructure; automated operation – both partially automated as driver assistance systems, and fully automated driverless operation – digitally supported maintenance which, thanks to intelligent data analysis, can work predictively; intermodal connectivity in rail freight traffic; responsible handling of data – all these things will make rail traffic better. Digitalisation is progressing at full speed.

The EU is rightly pursuing the ambitious target of a 60% reduction in greenhouse gas emissions in the transport sector by 2050. In the EU roughly 10% of the energy required in the transport sector is to come from renewable sources by 2020. Also, the energy requirement is to be brought down by 10% (from that of 2005). Digital technology can both increase the proportion of rail-based electric mobility in the modal split and reduce the consumption of resources by rail transport.

Rail traffic is predestined for low-emissions mobility without using fossil fuels. Can electric mobility make us independent of fossil fuels? Today that’s already a widespread reality on rail systems. In 2011 92% of operational services were provided by locomotives and power cars running on electricity. The German government’s Mobility and Fuels Strategy rightly classifies rail transport as a key player in the switch to environmentally-friendly energy. With renewable forms of energy and the benefit of mobile energy storage, rail travel will open-up huge opportunities for a future that is more quickly independent of fossil fuels. The rising proportion of renewables in power generation can be used optimally in rail-based electric mobility.

The combination of digital technology, however, further improves energy efficiency. For example, underground and suburban trains with automated operation use approximately 30% less energy. This is mostly the result of optimising the driving style and avoiding unnecessary starting and braking. Automated vehicles can also help protect the environment, especially in combination with almost 100% recyclable materials and reduced weight. Comprehensive climate protection is concerned with the entire lifecycle of all means of transport – and not only in day-to-day operations, but also in the manufacture of a product and its recyclability. Climate protection in production can be increased by applications such as digital building management.

Rail-based mobility can enhance quality of life in metropolitan regions. Rail transport safeguards local environmental protection, cultural participation and social cohesion. The aim is to have functional urban metropolitan areas that are competitive. The ‘megacities’ of the future will only be able to function with the aid of digital rail passenger transport because greater numbers of passenger cars will mean transport gridlock and ecological and economic collapse.

On routes between major cities trains will be able to offer a more important alternative to flying, based on digital technology. For example, the rail link between Madrid and Barcelona brought up to ETCS Level 2 standard is already being used by half of all travellers making this journey. High-speed trains (largely ‘made in Germany’) contribute a huge amount to economic development worldwide.

Globalisation means division of labour. The engine driving the moderate economic growth in the euro zone remains that of foreign trade: every exporting nation depends on an excellent logistics system. The EU has therefore formulated a clear target: by 2030, 30% of the goods that were previously sent more than 300km by road should instead be transported by rail. The German government has also stated its objective to promote freight traffic by rail. This objective is required for climate policy, but is also essential for commerce given that Europe’s motorways will simply not be able to accommodate the growing volume of freight traffic.

The national economy needs rail freight, but rail freight needs innovations. In the future digital technologies can ensure that rail routes are used more efficiently. An intelligent infrastructure; precise localisation; exact load monitoring; intermodal data exchange; automated driving; and preventive maintenance – are all milestones that can only be achieved by digital means. Digitalisation can generate more productive rail freight that can be an integral part of an intermodally connected logistics system.

Volker Schenk studied electrical engineering at the University of Erlangen-Nürnberg. From 1992 to 2006 he worked at Siemens as an Engineer and Senior Manager, both in Germany and abroad. From 2008 to 2010 Volker was General Manager of Vossloh Kiepe before moving to Thales Transportation Systems in 2011 as Executive Director. In 2014 he became CTO of Vossloh. Volker has been President of the German Railway Industry Association (VDB) since January 2016.