Investments secure the future of railways

Jörg Leichtfried, Austrian Federal Minister for Transport, Innovation and Technology, explains why it is important and worthwhile to invest properly in the country’s railway network.

HIGH-PERFORMING networks are the backbone of every modern state. Our investments into infrastructure equally benefit the population and companies. This includes classic infrastructure such as roads and railways as well as power grids and the ever more important digital broadband connections. Passengers, commodities, and data can travel ever more quickly from A to B while we benefit from the creation of thousands of extra jobs. The investments of the Austrian Ministry for Infrastructure secure up to 80,000 jobs annually. In everyday life we often only realise the relevance of all these networks when they stop working. In Europe infrastructure is massively underfinanced. China currently provides 9% of its GDP to infrastructure, while Europe is investing only 2.5% of its GDP into the development and maintenance of its transport, energy, and data networks. There are also indications of future higher investments in large infrastructure projects in the United States. Europe must end its gagging austerity policies and make specific investments into its future if it doesn’t want to fall behind. This is how we create jobs and at the same time secure the competitiveness of Europe as an attractive business location. At the Austrian Ministry for Infrastructure we have taken the clear decision to actively create and secure jobs through investments into research, broadband, energy networks, rail, and road.

In Austria each year we invest approximately €2 billion into our rail network. And these investments are worthwhile. For the last three years Austrians have proven to be the most avid railway users in the EU with more than 1,400km travelled by rail per capita. Our targeted investments constitute the preconditions for the successful future of the railways. The major tunnel construction projects such as the Brenner Base Tunnel (BBT), the Koralm Tunnel, and the Semmering Base wTunnel (SBT) will massively reduce travel time by train. Once the Koralm leg is operable, the travel time between Vienna and Klagenfurt will reduce from the current four hours to just two hours 40 minutes. The BBT as one major TEN Project will massively improve the connection between Austria, Germany and Italy by bringing North and South Tyrol closer together. It offers enormous potential for shifting heavy cargo transport to rail. This will be one of the most important railway axes in Central Europe; at 64km in length it will be the world’s longest underground railway connection. Thanks to our investments, Europe is moving ever closer together. The BBT is a centennial project that will impact the lives of several generations to come.

We also invest in safety, upkeep, electrification, modernisation and the expansion of our railway networks and train stations. Two of the most important projects include the four-track upgrade between Linz and Wels and the long overdue enhancement of the railway connection between Vienna and Bratislava. Our substantial investments are of greater relevance than to just Austria. Our country’s location at the heart of Europe makes Austria an important transport hub within the European railway system. Austria is crossed by a total of four European TEN core network corridors: the Rhine-Danube Corridor, more or less including the previously mentioned leg between Linz and Wels; the Scandinavian-Mediterranean Corridor whose proper functioning largely depends on the BBT; the Orient-East-Med Corridor covering Prague, Vienna, Bratislava, and Budapest; and finally the Baltic-Adriatic Corridor connecting the prime ports on the Baltic Sea with the Adriatic and running both through the SBT as well as the Koralm Tunnel.

In Austria rail cargo accounts for approximately 30% of the so-called ‘modal split’. Despite this figure being above the European average, our long-term goal is to raise it to at least 40%. This goal still requires certain efforts though; in addition to merely expanding the infrastructure throughout Europe, railway systems must be technically harmonised to boost rail cargo transport. At present we are curbed by numerous obstacles at inner-European borders. Transporting cargo by rail often requires extended lead times. These must be reduced in order to make rail cargo more flexible and more attractive. In addition, we also need easily accessible transport solutions for the so-called ‘last mile’ (transport to and from the rail cargo terminal). Another important factor is true-cost pricing: the road tolls for cargo trains and trucks must be unified throughout Europe and based on the actual costs incurred. We insist on compliance with the existing rules. This is the only way to foster fair competition between the various modes of transport.

We are currently witnessing a certain renaissance of partly historic trade routes. China has launched a new Silk Road initiative, which makes the idea to strengthen connectivity between broad-gauge tracks and the rest of the European network even more attractive. Strong hubs have the potential to create a new dimension for logistics. If we wish to meet the ambitious Paris emission targets and render our transport system fit for the future, there is no other way than to substantially expand the railway system and start to think internationally. 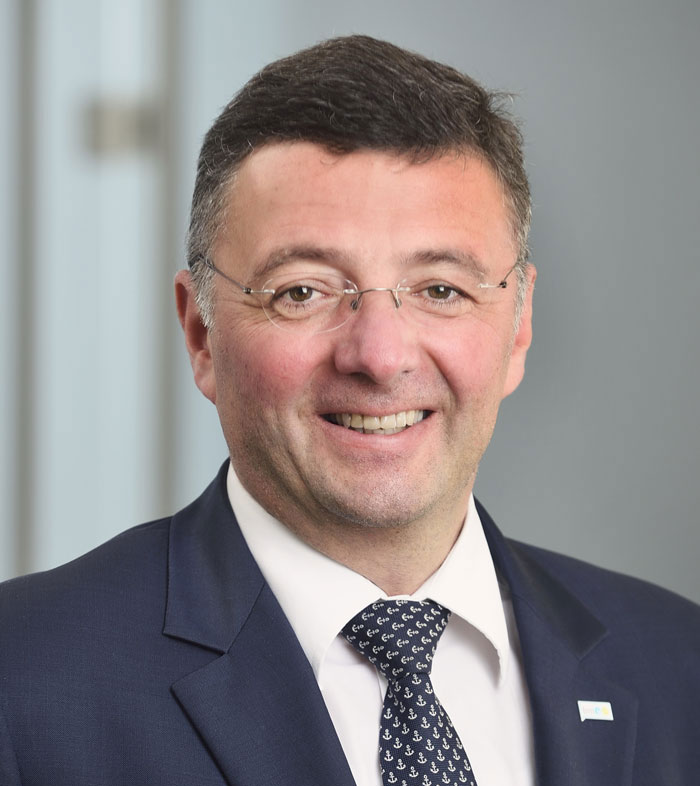