Diego Galar, Professor of Condition Monitoring in the Division of Operation and Maintenance Engineering at Luleå University of Technology, explores some key points concerning the use of IoT and big data in the rail sector.

A ‘SYSTEMS THINKING’ approach is an effective way to understand complex rail environments by defining system characteristics, the boundaries and components, and by defining the interactions between the components. As opposed to focusing on individual items or occurrences, the bigger picture – i.e. the system as a whole – should be identified. From a technological point-of-view, railways consist of several physical objects that involve rolling stock and infrastructure interacting with each other. Operational environments, usage requirements and weather conditions are all examples of variables that affect the technical systems of a railway and their overall performance.

The rail sector has undergone substantial changes, mainly by adopting pervasive computing, smart devices and the Internet of Things (IoT) concept. This has resulted in the replacement of legacy equipment and the introduction of train management system methods in which trains become interconnected communication hubs, transmitting data among themselves and to network control centres, as well as receiving instructions from control centres. Machine-to-machine communication, with some help from cloud technologies, enables operators and infrastructure managers to use assets more efficiently while significantly reducing risks. Moreover, the adoption of ICT systems, such as computerised traffic control systems for train dispatching, or advanced monitoring and diagnostic systems in vehicles and infrastructure, partially overcome the issues encountered in operation and control of such complex environments, and become viable solutions in a systemic approach to the railway system. Indeed, expected performance indexes become more difficult to achieve using traditional strategies. IoT solutions can help deal with complex systems by interacting among them and contributing to balancing the growth in technical complexity together with stable and acceptable dependability indicators.

The rail sector is one such area where pervasive computing makes more sense: providing instrumentation, interconnection and intelligence of parts, components and subsystems of the entire system, in order to predict failure, perform diagnosis and trigger operations and maintenance (O&M) actions. The wealth of data and information regarding assets and traffic status provided by IoT enhances the capability of nowcasting and forecasting the status of critical assets. The aim is for maintenance planners and traffic and asset managers concerned with the lifespan of assets to extend the lifecycle of components and subsystems, in order to optimise lifecycle costs.

The data generated by IoT devices for railways has triggered new business models converting the gathered bundles of data into useful information by means of big data analytics. This is part of the ‘servitisation’ concept adopted in many sectors where certain functions (traditionally inside companies) become packed services supplied by third parties, which enables operators and infrastructure managers to focus on their core business. In this process novel approaches from other sectors have already been proven and several attempts to harmonise and create taxonomies and ontologies for the harvested data are also in place. One such example is the RailTopoModel which permits exportable taxonomies and ontologies for the cross-over of infrastructure managers, contractors and service providers.

In summary, the rail sector is one of the greatest and largest beneficiaries of the IoT concept and further analytics – especially within O&M programmes – and not only as a technical solution to technical problems, but as a means to overcome most of the complex issues of the entire system, including the organisation, the economy and the people involved. This can be best achieved by viewing the railway transportation industry from a systems perspective with a high level of interaction. 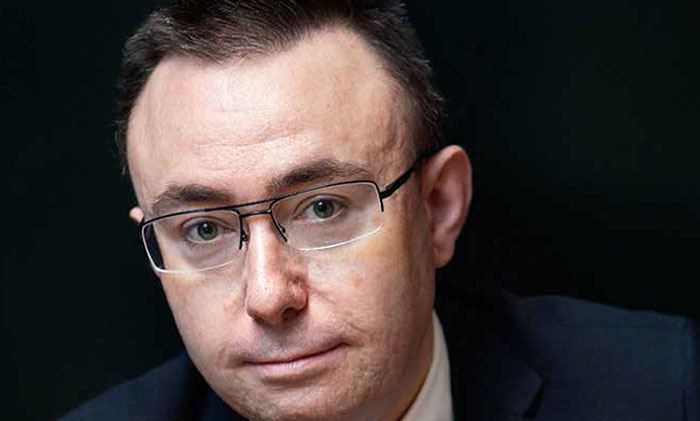