The California High-Speed Rail Program represents the largest, most complex and, in many ways, most far-reaching public infrastructure project in the United States. As the backbone of an integrated, modern, state-wide rail network, it will fundamentally transform how people move around California and will serve as a catalyst for the state’s future development, growth and prosperity. Scott Jarvis, Chief Engineer for the California High-Speed Rail Authority, provides details of construction progress. 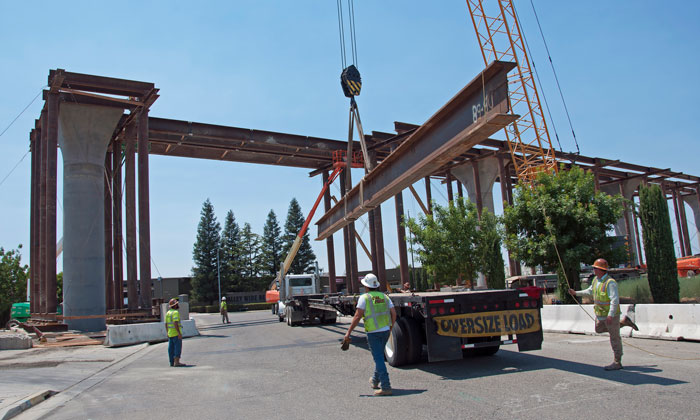 More than two years have passed since the California High-Speed Rail Authority1 (Authority) officially broke ground on construction in California’s Central Valley. Construction crews are making progress at 13 sites that span 119 miles in the Central Valley and three design-build construction teams are working between Madera and Kern Counties on contracts valued at $3. 24 billion.

Construction Package 1 (CP 1) is the first significant construction contract executed on the high-speed rail programme. The CP 1 construction area is a 32-mile stretch in Madera County and Fresno County and within it, major structures have gone up over the last few years with several nearing completion. The first major construction within CP 1 began in summer 2015 at the Fresno River Viaduct in Madera County. That work is now largely complete, with the exception of some minor concrete patchwork. This structure is approximately 1,600ft and will serve as the northern gateway to the city of Fresno as it carries high-speed trains over the Fresno River and State Route 145. At over twice the length of the Fresno River Viaduct, the Cedar Viaduct in the southern part of Fresno is currently in nearly every stage of construction. The 3,700ft structure will serve as the southern gateway to the city and its construction is expected to last through to mid-2018. Also in Madera County, much of the work for the Cottonwood Creek crossing is complete. To the north and south of Cottonwood, preparatory work will be the next aspect of construction for the first section of guideway. This involves specific earthwork to convey the high-speed train at-grade. Construction Package 2-3 (CP 2-3) is the second significant construction contract to be executed in the Central Valley. The CP 2-3 construction area extends approximately 60 miles south of the terminus of Construction Package 1 in Fresno, to one mile north of the Tulare-Kern County line. Pre-construction activities continue in CP 2-3 in Fresno and Tulare Counties and crews have already carried out geotechnical and demolition projects. Currently, crews are conducting embankment fill tests and utility relocations. Construction Package 4 is the final construction contract and extends 22 miles south of CP 2-3. Pre-construction activities continue in this region, including geotechnical investigations and preparations for utility relocations and demolition activities in the coming months.

As construction continues to ramp up across the Central Valley, so too does job creation. As of 30 June 2017, the California High-Speed Rail Program has put 1,282 construction labourers to work and the latest numbers also indicate that the Authority’s commitment to small business is working. As of 30 April 2017, the Authority had paid the 208 certified small businesses working on Construction Packages 1, 2-3 and 4 a total of at least $126. 7 million.

Construction in the Central Valley is taking place via three civil contracts, all of which are using the design-build process. This model is consistent with many transportation projects around the country, but is relatively new to California public construction projects. The design-build model incorporates innovative procurement and contracting concepts to drive innovation by the private sector. It combines design and construction into one contract performed, usually, by a joint venture. This helps ensure that the design process takes account of construction techniques and incorporates more of a contractor’s view. An important element of all three construction packages is an emphasis on safety and sustainability. Since high-speed trains will travel through the Central Valley at speeds of over 200mph, the system will be fully grade-separated. The Authority is converting 30 existing at-grade street/rail crossings in the Central Valley to grade-separated interchanges. A further 20 roadways will be rebuilt as grade separations where they cross high-speed rail lines and existing freight lines. There will be a total of 50 new, fully grade-separated crossings in the Central Valley. This investment, totalling more than $250 million, will allow vehicles to travel over or under existing rail lines and high-speed rail lines – this will eliminate the possibility of collisions, greatly improving safety and allowing freer-flowing vehicle traffic.

In building the nation’s first high-speed rail system, the Authority is employing innovative and cutting-edge construction methods to make the programme a national model for sustainable delivery. It will not only meet the needs of future generations of Californians, but provide immediate benefits to the communities in which it is being constructed. As with any infrastructure project, equipment is required for construction. To minimise the resulting greenhouse gas (GHG) emissions, each construction phase will adhere to strict guidelines implemented through contract provisions governed by the Authority’s Sustainability Policy. The Authority requires contractors to track and report their use of on-site materials, fuel, water, and electricity, recycling and reuse volumes, as well as the type of on and off-road equipment, and hours or miles of operation. The Authority uses this information to inform subsequent construction procurement documents. When construction began in 2014, the design-build contractors began submitting information about the sources and amounts of construction materials being used. CP 1 structures include durable concrete mix designs using 25% fly ash for cement and 100% recycled steel with global warming potential scores below industry average. To begin offsetting the direct (tailpipe) GHG emissions associated with constructing the initial segment of the high-speed rail system, the Authority is implementing a tree planting programme in rural and urban areas of California. We expect to plant hundreds of thousands of trees. We will carry out this programme in partnership with the California Department of Forestry and Fire Protection (CalFIRE) and will target communities that are in the vicinity of the rail system, with special focus on providing benefits to disadvantaged communities. In addition to further reducing GHG emissions, these trees will improve urban air quality and quality of life, reduce energy use and storm water runoff , prevent soil erosion, and restore habitats.

Throughout the rest of the Phase 1 system between San Francisco/Merced and Los Angeles/ Anaheim, the Authority is committed to completing environmental reviews. This will allow us to provide clarity to local communities, stakeholders and regional partners as to the route and station locations, and to be shovel-ready in order to build out the system and facilitate intermediate improvements as funding becomes available. The Authority is also working with state and regional partners to advance and accelerate connectivity projects across California. Nearly $1 billion in Proposition 1A funding has been allocated toward early investments to advance state-wide rail modernisation. This includes nearly $400 million dedicated to connectivity projects that support safety and modernisation improvements, including positive train control, upgraded vehicles and rail corridor upgrades. Now that construction is well underway, the Authority is beginning to plan for operations. An Early Train Operator will assist the Authority with the development and management of the initial operations of the high-speed rail system. Early engagement of a train operator is a critical step that moves beyond planning, design and construction towards a commercial operation phase. By strategically partnering with a private sector operator, the Authority will be able to ensure that the high-speed rail system is designed to enhance ultimate commercial value and profitability.

In early-2018 the Authority will publish its next Business Plan; an overarching policy document used to inform the legislature, the public and stakeholders of the project’s implementation and progress, as well as assist the legislature in making policy decisions regarding the project. With 13 active construction sites, thousands of labourers at work, millions of dollars invested in small businesses and a sustainable delivery programme already providing benefits to Californians, it’s clear the California High-Speed Rail Program is no longer just an idea; it’s a reality.

SCOTT JARVIS is the Chief Engineer for the California High-Speed Rail Authority and is responsible for the project delivery functions of the first high-speed rail system in the nation, including engineering, third-party agreements, design and construction, and construction support. Over the last 30 years, Scott has gained extensive experience and knowledge in multiple areas of major infrastructure project delivery. In addition to his time at the Authority, Scott spent over 26 years at the California Department of Transportation (Caltrans) and worked in several project delivery functions, with an emphasis in construction and project management. 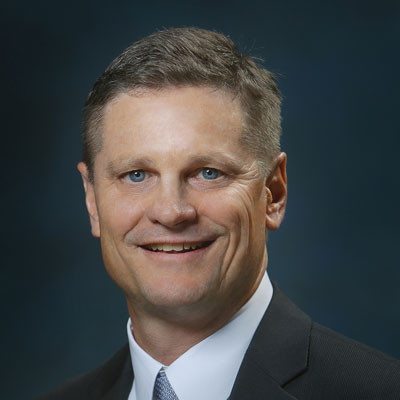