In an interview for Global Railway Review, Dr Bashar Al Malik, CEO of the Saudi Railway Company (SAR), explains how the operator has embarked on an ambitious network development programme that will transform the country’s public transport and be a key enabler of economic diversification. 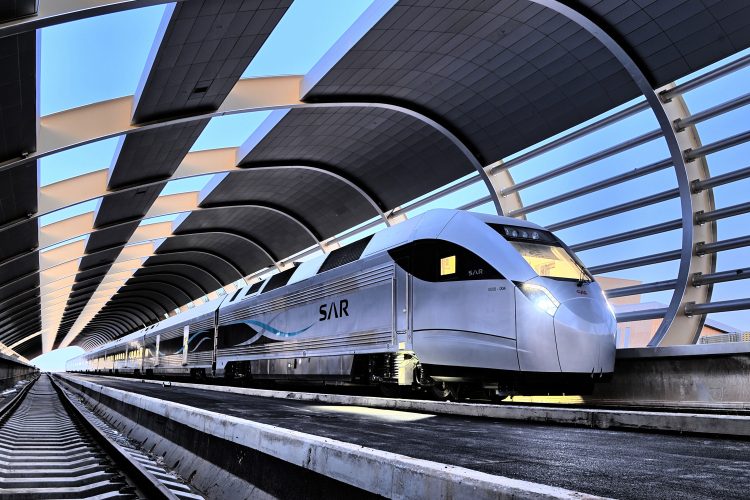 You can still see the remnants of Saudi Arabia’s first railway. Several abandoned locomotives and numerous ruined stations mark the line of the former Hejaz Railway, which was meant to link Damascus to the holy city of Makkah.

Funded by popular subscription by Ottoman sultan Abdul Hamid II, it only ever reached Madinah, approximately 400km short of its intended goal. The railway operated for just eight years before Lawrence of Arabia and his guerrilla forces brought it to a halt in 1917.

100 years on and a Saudi train finally reached Makkah: The successful trial run of the new Saudi Railway Company (SAR) Haramain high-speed train connected the two holy cities of Makkah and Madinah via Jeddah. Once fully operational, the service will carry around 60 million passengers a year, many of them visiting Saudi Arabia on the Hajj pilgrimage, on a fleet of 35 modern trains built by Spanish manufacturers.

Despite coinciding with the centenary of Lawrence’s exploits, the significance of the Haramain high-speed rail launch has little to do with history. Rather, it is emblematic of the changes that are reshaping Saudi Arabia, diversifying its economy and reducing its dependence on oil. The country aims to develop a more open, vibrant society that can stand at the heart of the Arab and Islamic worlds – and the Haramain high-speed project ticks these boxes.

Saudi Arabia is now rapidly developing what, until now, has been a relatively restricted network. Much of the vast nation, which is approximately nine times the size of the UK, has never before enjoyed the benefits of rail. With much of the interior undeveloped, the opportunities for greenfield development would be envied by railway companies in more mature rail markets.

The Haramain high-speed project is by no means the most important railway project underway. A 1,000km-long ‘Land Bridge’ project, linking ports on the Red Sea and Arabian Gulf, which will save four days shipping through the Gulf of Aden, is also under design. In early-2017 SAR’s first passenger service operated from Riyadh and initially ran northwards as far as Qassim, but since late-November 2017 it has travelled on to the historic city of Ha’il. This project’s next phase of development will extend the service to Jouf and Qurayyat on the Jordanian border.

Before the recent launch, Saudi Arabia had enjoyed passenger services since 1951 when the Saudi Rail Organization (SRO) opened a line connecting Riyadh and Dammam, home of Saudi Aramco. It is the partial privatisation of Aramco that underpins much of the economic development of the country under the ‘Saudi Vision 2030’ and the National Transformation Plan.

In terms of economic transformation, though, it is freight services that are a more significant part of Saudi Arabia’s rail development. Heavy transport of minerals, oil and petrochemicals is one of the most important enablers of their industry and SAR’s largest source of income.

Bashar said: “We have enjoyed a strategic partnership with the state mining company Ma’aden since 2011, when freight services on the North-South railway began. One of our latest development projects further expanded the services on this network to a new minerals city in Waad al Shamal in the Northern Borders province.”

SAR was formed in 2006 with the remit of building a train network to connect the industrial cities and ports on the Arabian Gulf with the Riyadh and Ma’aden mines, all under the umbrella of the North-South Railway project. In 2011, operations were launched with the initial shipments of phosphates from Hazm Al Jalameed mine to Ma’aden’s processing facility and deep-water port at Ras Al-Khair, shortly followed by bauxite consignments from Al Baitha mine in Qassim province to Ma’aden’s new aluminum smelter, also in Ras Al Khair.

Ever since, tonnages have grown progressively. SAR operates six ore freight trains and four dangerous goods trains of 120 carriages on this line. Each with a payload of some 100 tonnes each train is an impressive 2km long. The 19.6 million tonnes of ores transported up to 2016 are significantly up on the previous year, with phosphates up six per cent year-on-year and bauxite increasing by 17 per cent.

The transportation of such large tonnage of ore is of huge importance in the national economy, with mining acknowledged as the third pillar of Saudi industry.

SAR is also looking at expanding rail links to better serve Aramco, which has bulk plants in Tabuk, Turaif and the Al Jouf region close to the Jordanian border for the distribution of petrochemicals. Other opportunities for increased freight haulage centre on agricultural production in the Al Jouf area which has some of Saudi Arabia’s largest farms growing wheat, barley, maize and other crops.

Given SAR’s expertise from the North-South Railway, in October 2011, the Saudi government asked the company to undertake the development of the Land Bridge project, a 950km-long double-track line linking Jeddah Islamic Port with Riyadh and subsequently with the wider regional railway network.

“The measure of our success in constructing and operating this huge infrastructure railway network is best illustrated by the decision of the Council of Ministers in June 2016 to transfer ownership of the country’s entire inter-city infrastructure to SAR,” stated Bashar.

At the heart of SAR’s growth, and indeed that of the entire economy, is a model of private-public partnership. Attracting foreign investors and know-how is considered to be the ideal way of building up local capabilities, fulfilling the potential of Saudi Arabia’s young and educated workforce and delivering sustainable returns to investors.

For example, French multinational company Thales has recently signed a two-year contract for the maintenance of all SAR’s signalling, telecommunication and electromechanical systems on the North-South railway. The contract also includes the transfer of knowledge to SAR, in line with the Saudi Vision 2030’s goal of developing the capabilities of the national workforce.

“This will allow SAR maintenance teams to gradually and efficiently take over the maintenance activities by the end of the two-year contract,” said Bashar.

The company is also working with the Saudi Railway Polytechnic to train 1,500 students to obtain vocational qualifications.

In the railway sector the goal is to build long-term partnerships with leading international railway companies and investors, in an effort being led by the Public Transport Authority (PTA) with support from SAR, the Ministry of Transport, the Public Investment Fund, and the Ministry of Economy and Planning.

“Since SAR was formed by the Public Investment Fund in 2006, we have enjoyed hugely productive relationships with contractors from all around the world. A Chinese and Saudi team laid the first 600km of SAR’s minerals line, Barclay Mowlem from Australia and the Japanese Mitsui Company laid the next stretch into the Nafud desert and another Saudi-Chinese consortium built the passenger line between Riyadh and Qassim,” explained Bashar.

Once, this ambition would have been hindered by Saudi Arabia’s reputation as being overly bureaucratic with an uncoordinated administration, but now Saudi Arabia is rated in the world’s top 10 for ease of doing business, as well as having the third most favourable tax regime globally.

“With committed support from policy-makers and business leaders, with a strong national leadership and with better coordination among government and private agencies, the investment road ahead will enable the Saudi economy to continue to grow on a more sustainable path,” Bashar added.

A century since the demise of Arabia’s first railway, Saudi Arabia is building a new network for a new age. As Bashar likes to say: “Driving the train doesn’t set the course to prosperity. Laying the track does.”

DR BASHAR AL MALIK holds a Bachelor’s degree in Civil Engineering, a Master’s in Construction Management and a PhD in Geotechnical and Transportation Engineering. Between 2006 and 2010 he was a part-time lecturer in civil engineering at King Saud University, teaching undergraduate classes and contributing to graduate programmes in geotechnical engineering. From 2011- 2016 he worked for the Saudi Railway Company (SAR), initially joining as Civil and Track Work Manager, but later promoted to Projects Director. After a spell as Vice President of Saudi Railway Organization (SRO), he returned to SAR in 2017 as CEO. 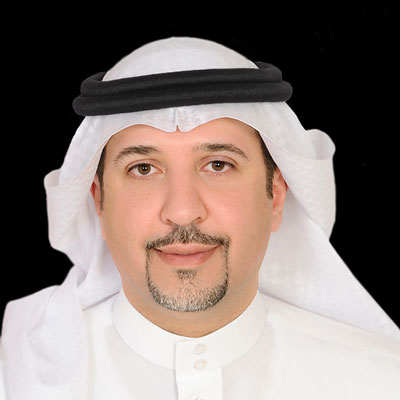