On 1 January 2015, the French government decided to merge Réseau Ferré de France (RFF) and SNCF Infra creating SNCF Réseau. The change was necessary to increase the speed and process of decision-making within the organisation. The demand on sustainable transport is continuously increasing so it is necessary to place more trains on the French network, to optimise the operational management and at the same time respond to an increase in rolling stock and infrastructure maintenance linked to the fact that more trains will be in operation. But what does the new organisation mean for high-speed lines in France? Christian Schang, Project Director in the Engineering and Projects Division of SNCF Réseau takes a look.

The new organisation allows for efficient project management of maintenance works, upgrading projects and the design, build, testing and commissioning, plus putting into service of four high-speed lines. It is a big challenge; the first time in the world that four high-speed lines will be delivered roughly in the same time frame. Today we are on time, but all the teams, private partners and SNCF Réseau will have two difficult years ahead to achieve them. And, not to forget, that around these huge projects, the network is about to be upgraded too. The question of allocation of resources, (human, material, rolling stock, plus the testing and measurement of rolling stock) is the most critical during these phases of the projects.

Challenge 1: the organisation put in place to achieve the targets

It is relevant to mention that modifying an organisation at the time of substantial railway network modifications is surely thrilling, but also very time-consuming and difficult to accomplish.

Ex-RFF and ex-SNCF Infra teams have worked together since the beginning of 2014 to prepare for the future, even though at that time they weren’t aware of what the government’s final decision would be.

To create the region project entities including the Ile de France Region (more than €1 billion investments per year) and the central project management division were the most important organisational changes since 1997.

For the construction of high-speed lines, a special board was put in place to manage the projects (from construction to delivery) in cooperation with regional engineering teams.

Directors were given the lead on an item across the SNCF Group, enabling them to manage all aspects of the delivery.

This newly-developed organisation is expected to be fully in place in less than six months. We will then have the duty to increase its efficiency to decrease the cost of the projects and to enhance asset management.

Challenge 2: modernisation of the network

The increase of, and need for, more traffic has resulted in the decision to upgrade the whole network. It must be said before speaking of high-speed lines that the modernisation of the network needs many field resources, and to ignore this point could bring us to a dead-end.

During 2014, SNCF Infra and RFF worked together to define the management plan of the modernisation of 25 main lines including the high-speed lines in operation today. Simultaneously, counties and regions worked to define their regional transport projects. SNCF Réseau will manage all of these projects, for each region, once the projects are known. Some of them will be in connection with the high-speed lines in construction. Local and national teams are on-board to implement these huge modernisation and upgrading activities for approximately €3-4 billion per year.

Challenge 3: finalise the realisation, homologation, plus testing and commissioning and putting into service of four high-speed lines in less than two years

The first of the four lines to be put into service in March 2016 is the second phase of the East-European high-speed line. From Beaudrecourt to Vendenheim, this project brings Strasbourg to within less than two hours from Paris. We are currently on time to meet this project.

The following three high-speed lines are Public-Private Partnerships (PPPs). It is the first time that a PPP has been used in France for a railway project; the characteristic is that each project has the main line managed by the private partner and all the connections to the network are managed by SNCF Réseau. At the same time, SNCF Réseau is the client within the PPP. The issues are very important, technical, economic and social. The teams will work together closely in respect to the contracts but with the same aim to achieve the targets and to deliver these projects.

This is a high-speed line from Tours to Bordeaux that will bring Bordeaux within two hours reach of Paris. This is planned to be put into service in July 2017. It will be a 302km-long double-track with 10 junctions, plus equipped with ERTMS Level 2 for speeds of 320km/h.

In prolongation of the HSL Paris–Le Mans, this double-track high-speed line will have a length of about 182km, with 32km of junctions to the network. The running speed will be 320km/h (design speed 350km/h). As with the SEA HSL, BPL will be put into service in July 2017.

The 80km-long high-speed line between Nimes and Montpellier will be a freight and passenger line. Design speeds are at 350km/h, with operational speeds at 220km/h for passenger trains and 120km/h for freight trains. 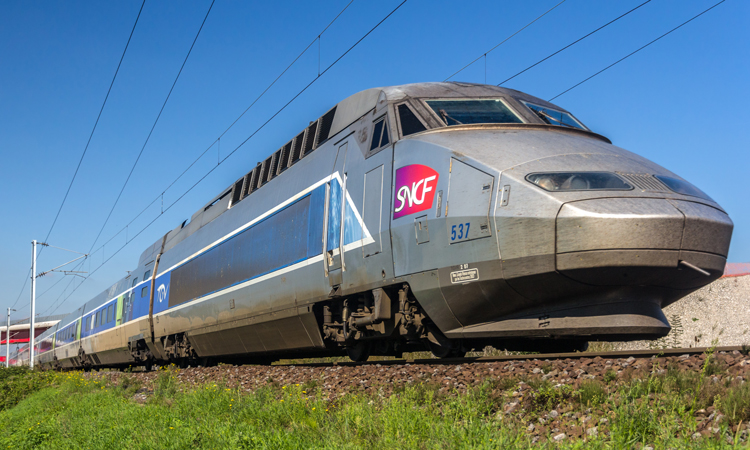 The creation and new organisation of SNCF Réseau means that it is now possible to increase the efficiency of the modernisation of a huge network, including the development of a high-speed network.

After the four high-speed lines are put into service by the end of 2017, the question will arise as how to continue developing in the long-run. I think that the interoperability and development of the European high-speed network will lead to the next investment in high-speed lines in Europe, even if we still notice more development of conventional lines across Europe. As you will see, the fact that London is approximately two hours from Paris strengthens the creation of HS2 in Great Britain. Putting the northern towns of England and Scotland at a short journey reach from London brings these towns closer to Paris, Brussels and more or less to southern Europe. To join Rome to Barcelona, we will need the high-speed line in Italy, in France (LGV PACA on project today), and increasing the speed on Montpellier–Perpignan.

Creating a safe and reliable railway network with a combination of both conventional rail and high-speed lines is surely the aim of each railway company in Europe. It is most important to work closely on both line types in order to assure regional, national and international traffic of a sustainable transport system.

The realisation and management of four high-speed lines within the same time frame by the French industry and the SNCF Group is a unique experience.

There are two years still to go during which all the participants will work hard to achieve the wonderful target of creating a high-speed line network in the centre of Europe linking the north to the south.

One main concern in monitoring the railway network is the integration of operations such as the need to access the network to analyse track geometry measurements and acceleration measurements, catenary dynamics and the detection of electrical arks, analysis of the power frequency shape, plus signalling.

SNCF created a high-speed train based on the classical TGV which can run at speeds of 320km/h and make infrastructure analyses. The train is equipped with a full podometric system to assure the localisation of the measurements; crucial when there is a dedicated high-speed network. The high-speed measurement train can be integrated into the operational timetable. SNCF chooses to analyse its lines every two weeks. This enables us to provide continuous information to the field units as to the state of the network. The planning of works on the lines, and the evolution of the points to be followed more closely are eased, and the impact on operation near to zero (sometimes lowering the speed a little bit).

The merging of the former infrastructure manager, RFF, and SNCF Infra, the former delegate infrastructure manager, took place on 1 January 2015 and SNCF Réseau was born. The organisation’s evolution gave the opportunity to redefine all of the components and roles needed to manage the French railway network of about 30,000km of lines. The following four divisions were created:

This division manages the allocation of slots to the operation companies. It optimises the availability of the network to maximise train operations. This division assures the pricing and commercialisation of the infrastructure manager’s services. It also manages the relation between the infrastructure manager with the State, the European Commission and other European networks.

Including asset management, this division manages, develops and modernises the French national railway network in the maintenance and field works. It also assures the safety, security and the regularity.

This is the division managing the projects on the network including those concerning the main high-speed lines and is responsible for the entire project management. It assures the management with the industry due to the development of the systems and components. It represents the expertise of the SNCF Group in the field of systems and components. It develops the human resources in project management on a high level for the SNCF Group.

Christian Schang is a Project Director within the Engineering and Projects Division of SNCF Réseau. He is also Professor at the École National des Ponts et Chaussées Engineering School, from where he graduated. He began his career at SNCF in the Engineering Division and he was Project Director of many high-speed line civil works projects. After nine years at SYSTRA as Delegate Engineering Vice-President and Director of Main Railway Projects, he was in charge of the railway network modernisation project at SNCF Infra and is now one of the Project Directors at SNCF Réseau in charge of the testing and commissioning and putting into service of four high-speed lines in France. 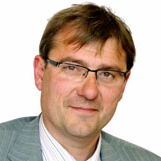