New plan to secure rail services for the north

Rail services will be maintained and capacity on key routes will be increased as part of a deal to secure additional rolling stock for the north of England, Transport Secretary Patrick McLoughlin announced… 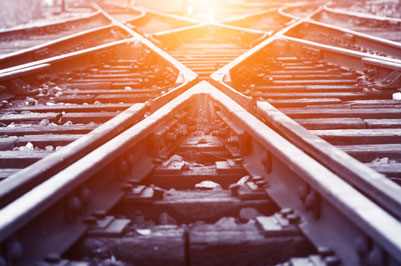 Rail services will be maintained and capacity on key routes will be increased as part of a deal to secure additional rolling stock for the north of England, Transport Secretary Patrick McLoughlin announced today (8 January 2015).

The plan means that existing rail services will be maintained from May 2015. This follows a decision by rolling stock leasing company Porterbrook to move trains running on the TransPennine Express route to the Chiltern franchise.

In addition, the Department for Transport has agreed a plan with the operators of the Northern and TransPennine Express routes to offer more carriages and seats.

“Rail services across the north are vital for passengers and for the economy. By helping people access work and leisure more easily, we are securing long-term economic growth across the region.

“That is why we have worked hard with Northern and TransPennine Express to ensure we expand services and enhance passenger journeys.”

Over the coming months, the agreement will deliver a number of benefits to passengers.

Capacity on selected services between Blackpool North and Manchester Airport / Manchester Oxford Road will be increased, providing extra seats for the benefit of passengers in destinations including Preston, Bolton and Salford.

Longer trains will provide extra capacity to Carlisle, Maryport, Workington, Whitehaven, Sellafield and Barrow-in-Furness, with potential to create additional jobs. There will also be an enhanced early-morning service from Carlisle to Sellafield, arriving in time for the morning shift at the power station.

Refreshed electric trains, providing faster, smoother and greener journeys, will be rolled out on busy commuter routes between Liverpool and Manchester Victoria from May, at a faster rate than previously planned. In addition, refreshed electric trains will be rolled out on the Liverpool to Preston route in the autumn. This will free up existing diesel trains to create additional capacity elsewhere on the north’s network.

All services will be operated with a minimum of three carriages or 181 seats, whereas at present some services on the route are operated by two carriage trains with 116 seats.

“A great deal of background work has been undertaken by ourselves, Northern Rail and the Department for Transport that seeks to ensure capacity and frequency of FTPE services across our network is maintained for the timetable change in May 2015.

“I am delighted that we have been able to work together and develop a plan that aims to protect rail services for the huge majority of customers in the north of England and, indeed, deliver some additional capacity at a time when demand across our network is higher than ever.”

“Rail travel is increasingly popular in the north of England placing capacity at a premium.  That is why we have been working with First TransPennine Express and the Department for Transport to ensure customers would not be disadvantaged by the loss of some FTPE trains.