Passengers to have their say on next InterCity West Coast franchise

The UK government has launched a public consultation inviting passengers to have their say on the next InterCity West Coast franchise. 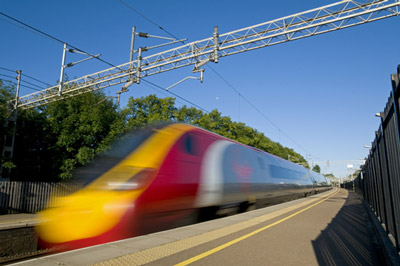 The UK government has launched a public consultation inviting passengers to have their say on the next InterCity West Coast franchise. On the 10 May 2016, a government consultation was launched giving rail passengers, businesses and local councils the opportunity to put forward their views on how the InterCity West Coast (ICWC) line can deliver better rail services. The consultation takes place ahead of the franchise competition tender, open to operators later in the year.

Operators will be invited to bid on the ICWC franchise which runs between London, Birmingham, Manchester, Liverpool, Glasgow, Edinburgh, and Holyhead. The winning train operating company will be announced in November 2017, in time for the franchise to begin in April 2018.

“I want to see improvements to customer satisfaction, investment and better journeys for passengers during the next franchise”

Transport Secretary Patrick McLoughlin said: “We are investing a record £38 billion in our railways to deliver better journeys for passengers, and it is essential that passengers’ needs are at the heart of franchises in order to build on this investment.

“The ICWC line covers a vitally important part of our rail network, linking major cities in England, Scotland, and Wales. I want to see improvements to customer satisfaction, investment and better journeys for passengers during the next franchise”.

The 12 week consultation sets out the Department of Transport’s vision for the new franchise including plans to enable economic growth, support investment and build on high levels of customer satisfaction.

It also asks passengers for their views on a wide range of other improvements including how the next operator can:

Once selected, the new operator will also have an important role to play in the effective delivery of High Speed Two (HS2), with construction beginning in 2017.

The consultation period ends on 2 August 2016.