Work to resolve a major bottleneck on the approach to London Bridge station moved a step closer with the first tracks of a new junction laid.

Network Rail is continuing to make progress on a new railway junction, known as the Bermondsey Dive Under, to untangle tracks which are the cause of a major bottleneck on the eastern approach to London Bridge station. As the situation currently stands, the railway lines intersect at a series of junctions, causing congestion and creating delays.

Once complete in 2018, the new junction, part of the government-sponsored Thameslink Programme, will allow Southeastern trains travelling from Kent to ‘dive under’ the Sussex lines used by Southern and Thameslink trains, helping to cut congestion into and through the new landmark station. 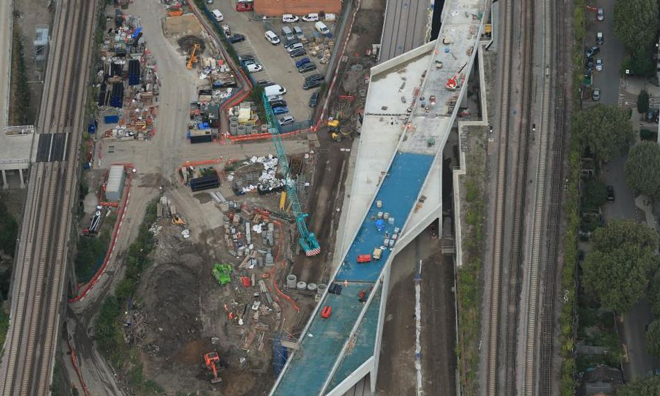 Simon Blanchflower, Network Rail’s Thameslink Programme director, said: “The Thameslink Programme is a key part of our Railway Upgrade Plan which will provide huge benefits for passengers on some of the busiest parts of our network. Our work at London Bridge station understandably grabs a lot of the attention, but just as important is the work we’re doing at Bermondsey and on the approaches to the station. Ultimately, that’s what allows us to give passengers what they really want – better, more frequent and more reliable journeys.” 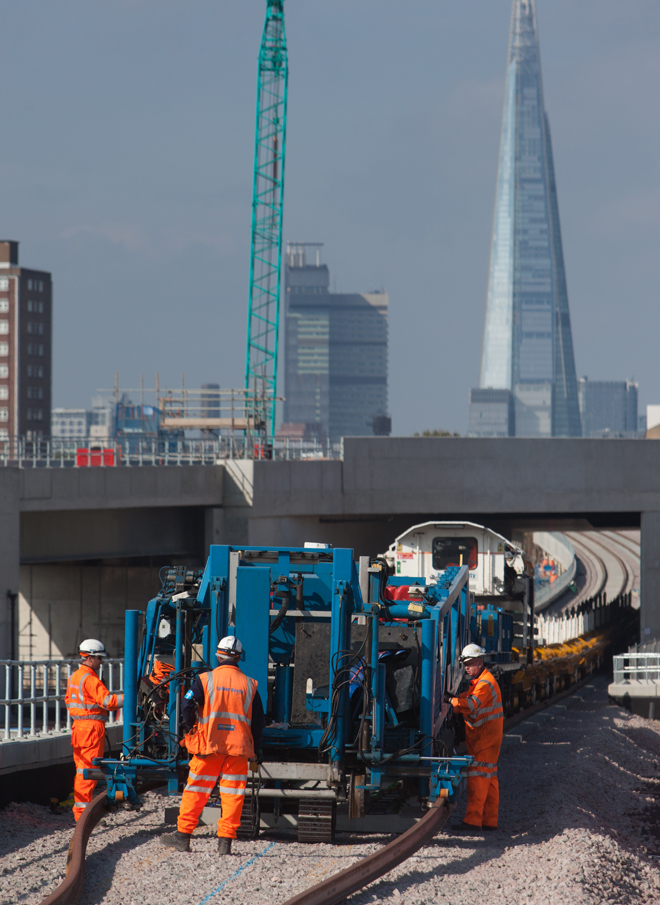 The first tracks through the Bermondsey Dive Under were laid last week using Balfour Beatty’s New Track Construction (NTC) machine ahead of a major milestone for the project in December 2016. Network Rail has confirmed its engineers will work over the Christmas weekend to bring the first track into passenger use from the early hours of 27 December 2016. 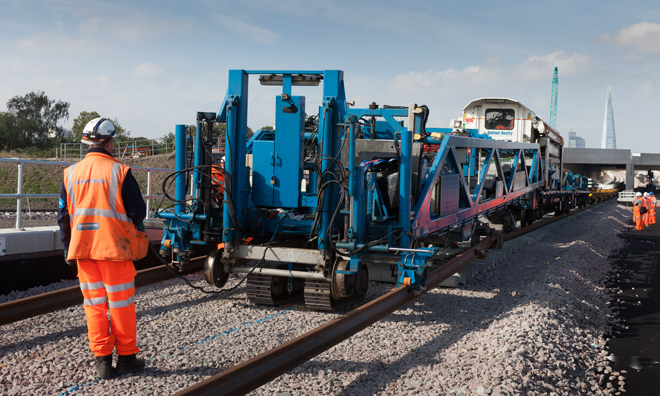 Richard Dean, Train Services Director at Southeastern commented: “The Bermondsey Dive Under is an important piece of infrastructure, and when it’s complete in 2018, will mean our passengers receive a much more reliable train service not affected by congestion.

“This is a huge job that requires a lot of work on the tracks to complete. Therefore Network Rail will be working during the Christmas and New Year period, and over Bank Holiday periods in 2017, including eight days around the 2017 August Bank Holiday. Services to and from Charing Cross, Waterloo East, Cannon Street and London Bridge will be revised or diverted. If you intend to travel during these times, please do plan in advance. Information about Christmas and New Year train times is available now at southeasternrailway.co.uk.”