Green light given for new Merseyrail trains by 2020

Liverpool City Region has approved a £460m project which will deliver new trains for the Merseyrail network by the end of 2020. 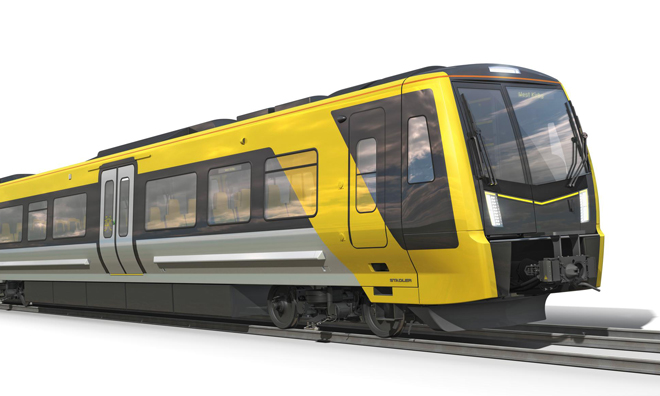 Liverpool City Region has approved a £460m project which will deliver new trains for the Merseyrail network by the end of 2020. The green light has been given to a £460m project that will allow the introduction of state-of-the-art trains which will come into service by the end of 2020 replacing the near 40-year-old fleet currently operating on the Merseyrail network. The new trains will be publically owned by Merseytravel.

Mayor of Liverpool and Chair of the Liverpool City Region Combined Authority, Joe Anderson said: “The people of our City Region need and deserve new trains. Merseyrail is one of the top performing networks in the country and we want to keep it that way. This is a once in a generation opportunity for custom built trains that will be safer and carry more people, more quickly.

“A better rail service will bring a boost to the regional economy of £70m every year, plus 1000 new jobs. It’s also one our first Devo Deal successes for the City Region as we’ve got commitment for funding that will help make this project happen.

“Unusually, these trains will be owned by us locally, meaning we can make sure the trains are exactly what passengers want and that they are ready for our future plans.”

The trains will be built by Stadler, subject to a final legal process and the signing of the contracts in the New Year. The 52-strong fleet will be safer than its predecessor yet able to carry 60 percent more passengers while retaining the same number of seats. In addition, journey times will be cut by 10 percent– the equivalent of up to nine minutes on some end-to-end routes, and will have the capability to eventually run beyond the current Merseyrail boundaries to places like Skelmersdale, Wrexham and Warrington.

Features of the new trains are in part the result of a Transport Focus survey of local users in 2013. They include:

Furthermore, the driver – assisted by cameras along the length of the train – will be responsible for the opening and closing of the doors and the dispatch, rather than a guard creating a Driver Controlled Operation (DCO) network. Cllr Liam Robinson, Chair of the Merseytravel Committee said: “These new trains will be fit-for-the-future, safer and faster and at no additional cost to passengers or council tax payers. It is a ‘must do’ project; the benefits are clear.

“That is not to say that we’re not sensitive to the staffing implications of such a decision. In an ideal world we’d like to have a second member of staff on every train to ensure the highest level of customer service, but there aren’t the resources to do that.

That is why, as the Merseytravel Committee, endorsed by the Combined Authority, we have sought guaranteed continued employment for all permanently employed guards and their managers who wish to stay at Merseyrail – something that we have had reassurance can be accommodated.

“Some guards will have the opportunity to be employed in a new on-board customer service role and others will be able to take advantage of other redeployment opportunities, all on the same terms and conditions as now.” Approval by the Combined Authority marks the end of an extensive procurement  process which formally began in October 2015 when the Merseytravel Committee gave permission for the project to go to tender after approving the business case for new trains and recognising a 2.5 percent rise in passenger journeys every year.

The new project also includes infrastructure upgrades to power supplies, platforms and track, as well as refurbishment of the depots at Kirkdale and Birkenhead North and the ongoing maintenance of the trains.