Residents of Cottingham can get to London faster thanks to the very first direct line to London introduced via Hull Trains.

Residents of Cottingham can now get to London faster and with more convenience thanks to the very first direct Cottingham to London service introduced via Hull Trains. 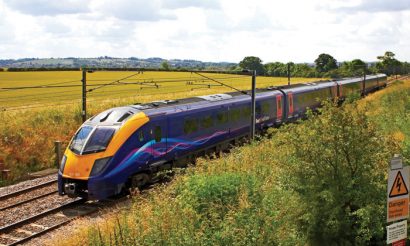 This is part of the company’s plans to improve the village’s connections and give residents the same access to travel services as customers in Hull and Beverley.

“The new calling point is part of our expansion plans to ensure that this year, the East Riding is connected to the capital like never before,” said Will Dunnett, Managing Director of Hull Trains. “Plus it is one of many steps we are taking to support Hull in its City of Culture year. The direct service will also play a key part in supporting local tourism and creating opportunities for future business success.”

First Hull Trains was recently voted the UK’s Rail Operator of the Year 2016/17 as well as winning the North of England Transport Awards for Customer Service Team of the Year. It has also topped the National Rail Passenger Survey for customer satisfaction for four consecutive years and this year it had the highest ever satisfaction score recorded for any operator at 97% – 12% higher than the average score. The company has also announced a £60 million investment in new high-tech trains that will deliver 50% extra seating, enhanced interiors and the potential for faster speeds.

“Hull Trains are committed to keeping local people connected to the capital during our city of culture year and beyond,” Mr Dunnett continued. “We’re delighted to announce the new additional direct service for our local Cottingham customers.”

The new, early morning and late evening return service will run seven days a week from Sunday 21 May 2017, but customers can book tickets now online.