Pablo Martorelli, President of the Argentine Institute of Railways (IAF), discusses the difficulties that Argentina’s railway industry has faced in the past, but explains that a focused 30-point recovery programme is key to rebuilding the railway over the coming years.

The railway in Argentina is undoubtedly a powerful asset, yet its current reality demands immediate answers. It is a system that has remained in the 1950s and will have to be rebuilt by the 2050s.

The rise of the Argentine railway

The Argentine railway system was born in 1857 and, over 100 years, consolidated one of the most important networks in the world, occupying eighth place in extension. The Argentine state, some provinces and numerous companies of British and French origin built the large network that covered most parts of the country.

The progress of rail was sustained, complex and controversial, but its imprint on territorial, productive and demographic structuring was decisive in the construction of the Argentine nation – it created towns and cities, generated production, provided education and technical training to thousands of people, established the country’s first organised ports and the first heavy industries through its workshops. It also generated a major private industry supplier and exporter of railway equipment.

The unexpected and unprecedented fall

There are several notable periods on the railways of Argentina: 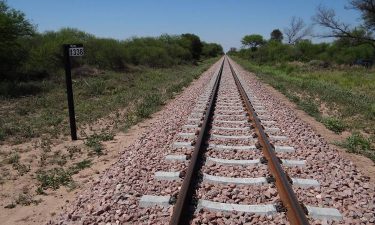 The result of the 1989 political error was the near-total disappearance of intercity passenger transport – with the consequent increase of deaths in road accidents – and the segmentation of cargo transport into market portions according to the commercial interest of their private operators, who serve their businesses in those branches and stations that provide traffic in their commercial interest. Huge unmet demand is at the mercy of costly road transportation or has simply withdrawn from the market (i.e. closed), plunging regions and populations into neglect.

In this context, the segmentation model of the railway network, followed by the concession process of the 1990s, fractured and unstructured the national rail network, which – even with its salvageable defects – was integrated after long decades of action by the national state.

The government policy implemented in 1993 for intercity rail passenger transport is contrary to that established by the National Constitution and the legislation in force in the country, which remained until the changes introduced in 2003. The consequence of this policy was the disintegration of Argentina’s rail network, its disarticulation and general depreciation (60 per cent of the network), technological and operational recoil (loss of signalling systems and operational safety), the fall in railway quality (freight concessions maintain speeds of the order of 50km/h, at most) and the involution of the network. This means that passenger services that have supported some provinces since 1994 reached an approximate extension of only 4,000km, similar to the extension of Argentina’s entire rail network around 1885.

Argentina is a country with a high food production, especially bulk for export (commodities). Ninety-one per cent of the grains produced are transported by road. The railway has lost a large part of its normal traffic but has begun to recover them slowly. Since 2006, unproductive concessions have been recovered and three state companies have been set up for the recovery of the rail network, as well as regional freight and passenger traffic in 2008.

Thanks to rail growth and improvement policies, many production companies have built several industrial and port access branches for export with major rail infrastructure works. Thus, the joint action of the state and private production companies leads to an interesting economic recovery, inviting investment in the railway. The work will require many years of sustained action, which is happening right now, even in the process of reducing activity by quarantines required by the COVID-19 pandemic. 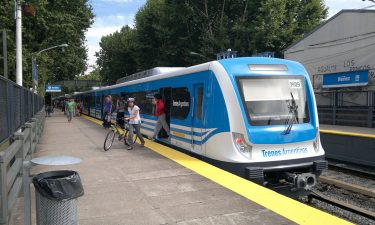 Some companies make significant efforts to increase the tonnage of bulk transported to export ports, although much remains to be done with the backing of a highly demanding market in expansion – with anticipation of progress towards 150 million tonnes per year of grain production – which allows for a glimpse of increases in tonnage transported to values that can easily double and triple the current rail performance, close to just 23 million tonnes per year.

During the 1990s, the railway experienced some road recoveries – after the dramatic fall of previous decades – without achieving its historical performance. After the fall between the end and the beginning of the century, it achieved improvements in traffic, reaching the 2000s with an estimated value of around 12,000,000,000 tonne-kms per year, with a stable trend, but in a context of high demand. This demonstrates the need to continue investment, as the growth potential is enormous. Currently, the active network is only 60 per cent of the total.

The importance of developing the railway

New track renovation works, modernisation of operational safety systems, construction of viaducts and low-level crossings, new access to ports and industries, modernisation of stations, new trains and electrification of high-demand metropolitan lines. These are some of the forecasts for the following years. There is no possibility yet for the development of high-speed lines. The initiative presented by Alstom 15 years ago was not possible because of the fall in European banks that would make the investments, but it is no less true that they do not meet the high-speed intercity traffic thresholds. 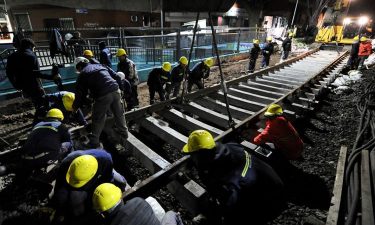 It is well known that investments in railways are important, but the multiplier effect on the economy is immediate, including the reduction in the impact of freight on the final price of the products transported, as well as the FOB price of exports. The revival of the railway industry is of great importance and quality, and the multiplication of engineering services, the provision of materials, equipment, tools, instruments and the modernisation of railway workshops, among other things, naturally promotes university training and training programmes for thousands of people. Likewise, access to ports, industrial parks and logistics venues favours intermodality, multiplying the possibilities of the complementary automotive mode.

Chinese and Russian origin capitals have been interested in investing in the Argentine railway market. The British ambassador in Buenos Aires recently expressed his government’s interest in contributing to the Argentine railway recovery. There are also significant stakes of Japan, Italy, Spain and Germany, with their supplier industries. A significant number of Argentine engineering and construction companies participate in the activity, for an inevitable future of railway development.

The role of the IAF

The Argentine Institute of Railways (Instituto Argentino de Ferrocarriles – IAF) is a professional private railway organisation that contributes to Argentine rail development by advising government authorities, companies and universities. It also carries out research tasks and proposals for plans and projects. The IAF also participates as a partner in the Ferrocarril Unión Pacífico (FCUP) project, which is working to generate a new traffic corridor of more than 1,400km of extension.

In this contribution, the IAF developed a 30-point programme for the recovery of the rail system in a 10-year action plan, which includes, among other things, a multiannual programme for the recovery of the track as a priority, with reasonable and systematic interventions, through progressive actions of reconstruction, renewal, improvement and conservation – programmed, systematic and methodical – in order for the network to achieve total reliability with safety and reasonable speeds for the best rotation and use of rolling stock. 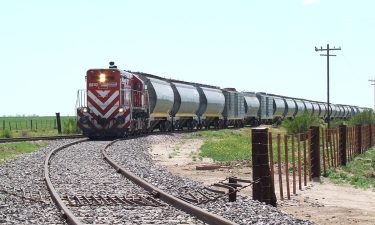 Currently, of the 34,000km of network in operation since 1989, approximately 75 per cent (25,500km) is in regular or poor condition, or has closed or impassable sectors. The remaining 25 per cent can be considered in two separate parts, some 8,000km each. It has deficiencies that can be classified as regular state or barely good state (allowing for speeds between 20 and 70km/hr) and about 500km is in a good or acceptable state for speeds up to 80 or 90km/hr. However, in the last 10 years, some 1,000km have been renovated that today are in very good condition.

This also envisages a mass transport plan, which overcomes the constraints of the private transport business and serves the interest of the country and its communities, which is evident in the face of export growth.

High traffic demands, state financing of infrastructure works and facilities that can be established to finance rolling stock purchases will allow the private sector to invest reasonably in locomotives and wagons to contribute to the modernisation of the rail system and its growth, with a view to reaching at least 60 to 70 million tonnes per year.

Transportation of commodities for export industrial supplies, mining, fuels, containerised and palletised loads and general loads. Recover intercity passenger traffic. Educate and train new generations of railways. These are just a few arguments drawn from the 30 points of our ‘Railroading Argentina’ plan that we consider important, with a real perspective from now to 2050.

Pablo Martorelli has been President of the Argentine Institute of Railways (IAF) since 1991 and is a railway professional, specialised in civil and transportation engineering, with over 45 years of experience in the areas of track and structures, planning, organisation, direction and leadership of professional teams in projects and the operation of railways. 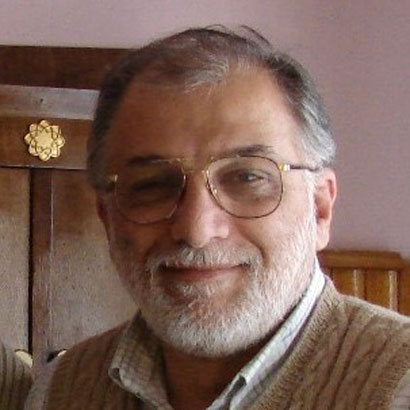