RATP is a state-owned public transport operator and the biggest transport company in Paris with 60,000 people responsible for engineering, exploitation, and maintenance. The company provides multiple transport modes including metros, buses, trams, and the regional express rail (RER) network. RATP has a total of 28 lines of metro, trams, and RER in the Parisian metropolis. 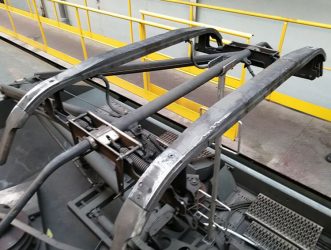 Within a two-week interval, incidents related to the spring box of two separate pantographs running on opposite train tracks, were identified. In one of the incidents, the abnormal wear of the carbon strip kept deteriorating, and when the carbon strip finally had a pitch angle between -3,8° and -3,4°, the PantoSystem generated a level 1 alarm in one of RATP´s RER networks, indicating a warning of high importance. After examining the 3D images of the pantograph, the PantoInspect team urgently sent an e-mail to warn RATP about the carbon strip, which had clearly been bended. Immediately after, the exploitation team of RATP took the train off the track and when the problem was investigated by the maintenance team, they confirmed that the horn of the pantograph was hit by an unknown object, causing the spring box to twist on one side. 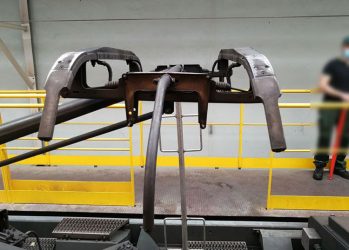 As the PantoSystem has not yet been validated by formal tests, the RATP does not yet have a dedicated team to handle the train alarms and take appropriate action, and that is why, they were very pleased to receive a direct warning from PantoInspect, that a train required attention. The company was also very satisfied that the PantoSystem enabled them to detect the consequences of the twisted or broken spring box, by accurately measuring the geometry of the pantograph. The automatic system is important due to the fact that RATP has about 90km of tracks on each direction, a total of 180km track on both directions, and since this type of problem does not happen frequently, manually identifying this type of defect throughout the RATP fleet would have been very time-consuming and costly for RATP as it is not visible from the ground. Additionally, to manually investigate if more trains were affected would again require a major effort. 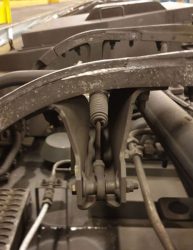 Marek Benaïche, Project Manager of RATP, Paris, said: “If the consequences of the broken spring box had not been discovered by the PantoSystem, it could have had tremendous consequences to the RER network, as the catenary line could easily have been cut, due to the critical condition of the pantograph head. With the help of PantoInspect, RATP have avoided traffic disruptions of more than 4-6 hours, where many people would have been deployed to fix the problem, and in the meantime, traffic delays causing severe damage to RATP´s brand image”

Marek continued: “Given that the RER network is a state-owned operator, RATP could also have risked large penalties, due to extensive traffic disruptions. When only the cost of replacing damaged carbon strips by unkown object during operations is considered, the PantoSystem enabled RATP to realise a huge cost savings of more than €100,000 per year for the fleet of one RER line, meaning a total of more than €200,000. RATP is planning to extend the coverage of automatic pantograph monitoring across their network in the future.”

PantoInspect was the first company world-wide to develop an automated pantograph inspection system, in partnership with Banedanmark, the Danish railway infrastructure owner, around 2008. Today, PantoInspect is one of the world’s most recognized and respected brands, and a market-leading manufacturer and supplier of automated and real-time Wayside Pantograph Monitoring systems to the global Railway industry. We have supplied several pantograph monitoring systems to some of the world’s leading infrastructure owners and rolling stock operators such as Deutsche Bahn, RATP, Infrabel, Sydney Trains, Network Rail and TRA.