Li Zhonghao and Xing Zhiming from the Expert and Academic Committee of the China Association of Metros (CAM), discuss how China’s rail transportation system has reached a smart milestone. 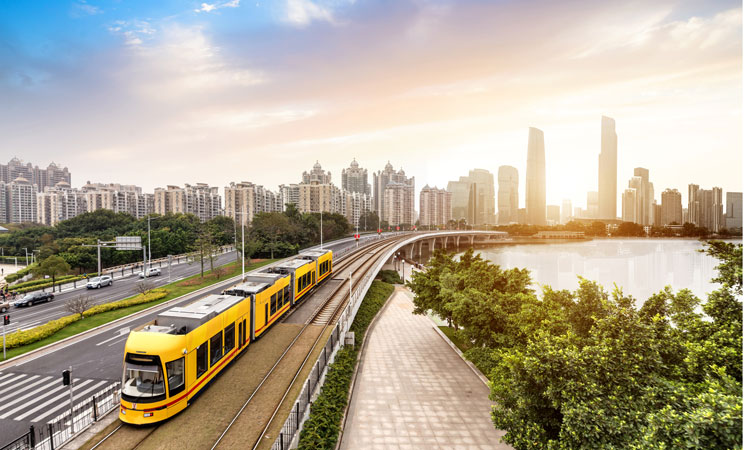 When a subway system opened in Hohhot, Inner Mongolia, in 2019, it was the very first time an urban rail cloud solution for underground transportation scenarios based on Chinese standards had been used. Indeed, the creation of the specialised cloud used was an important milestone in the development of China’s rail transportation. Furthermore, a key step in the process was the release of Smart Rail Transit – Specifications for IT Architecture and Cybersecurity, a set of guidelines for the nation’s rail transport industry.

If urban rail transport is to develop, it must become information based. To put it another way, it must go through a process of ‘informatisation.’ However, there are several challenges to achieving this in China, such as a lack of top-level design, outdated system architecture, information silos, weak security infrastructure, and the absence of standards and specifications.

As new information technologies develop, new opportunities for the urban rail industry in China are created. As people continue to seek better transportation experiences, the government is striving to improve transportation infrastructure to facilitate such experiences. Meanwhile, enterprises working in the sector must take the opportunity to develop quality urban rail transit, tackling all the challenges that arise as they go.

In early 2016, the China Association of Metros (CAM) sought to address some of those challenges and proposed a blueprint for the informatisation of urban rail transit in the country, based on an extensive analysis of global urban transit development and the latest Information Communications Technology (ICT) trends. To facilitate urban rail cloud research and application, the blueprint, known as ‘13531’, aims to build one portal (a smart metro portal website), set up three centres (a production and emergency command centre, a passenger service centre, and an enterprise management centre), expand into five domains (operations, production, operational management, construction management, and resource management), as well as use three networks (a safe production network, an internal service network, and an external service network), and create one platform (the urban rail transit cloud platform).

Many industry experts, subway operators, design and research institutes, and system suppliers worked together to formulate the specifications. After nearly two years of meticulous research and hard work, involving more than 100 institutions and over 160 experts from the industry – CAM published the document on July 26, 2019, with the specifications taking effect on 1 December 2019.

If urban rail transport is to develop, it must become information based.

The specifications, which cover all urban rail modes and service domains, paving the way for a high-level design of industry informatisation, state that the industry must meet urban rail transit development needs and adapt to the development of next-generation Information Technology (IT). The specifications are significant for standardised informatisation construction and operations while building urban rail transit systems.

Developed in line with the 13531 blueprint, the specifications follow the principles of innovation and coordination, green development, openness and sharing. They also advocate building both a unified cloud, to bear all urban rail services, and a unified network, to cover all industry application systems.

The specifications proposed the idea of ‘three domain-based cloud resource management’ for the first time. They also call for the construction of a proprietary, open-source cloud management platform, a big data sharing platform, and a robust cyber-security defence system. A unified urban rail transit traffic data centre should also be built, and a comprehensive urban rail cloud Operations and Maintenance (O&M) system established. The implementation of the specifications is more than a breakthrough for the development of the urban rail cloud, it is also a new beginning for its application.

Hohhot Metro’s urban rail cloud platform is the first multi-line and multi-system urban rail cloud deployed in accordance with the specifications, demonstrating that they can effectively guide urban rail transit construction. Hohhot Metro created a unified cloud and network that can support all horizontal services and systems, including the urban rail operation and production, enterprise management information, and passenger service management systems, as well as supporting the two vertical departments of lines and stations (car depots).

Moreover, its obvious performance benefits, the solution is also cost effective, improving Central Processing Unit (CPU) resource usage by more than five times and reducing the initial investment required by approximately 40per cent. Meanwhile, unified O&M reduces labour costs by more than 30 per cent. With new lines sharing cloud resources, and with the full cloudification of station and depot systems in the future, there will be greater equipment room construction savings to be made. Hohhot’s urban rail cloud represents the first ever cloudification of all urban rail services in China. The project also provides valuable experience for global urban rail cloud construction.

CAM has also embarked on an urban rail network informatisation project for the city of Wuhan. CAM is making good progress on the project and has created a new architecture based on a cloud platform and big data. Dual-active data centres have been built in different geographical locations, and the information systems of all lines, both existing and new, have been migrated to the cloud platform.

Huawei will host Huawei Connect 2021 online from 23 September to 31 October 2021, complete with live broadcasts, digital exhibitions, and the opportunity to connect with industry experts. The theme of this year’s event is Dive into Digital. We’re going to dive deep into the practical application of technologies like cloud, AI, and 5G in all industries, and how they can make organisations of all shapes and sizes more efficient, more versatile, and ultimately more resilient as we move towards economic recovery.

This article has been adapted from the original online source.