Realising the ambitions of the French railway manufacturing industry

Today the French railway manufacturing industry has to contend with two major challenges: sustaining a high level of activity in the rolling stock manufacturing sector and modernising the national rail infrastructure network. Jean-Pierre Audoux , Director General of the French Railway Industry Association (FIF), takes a look at the current situation and what lies ahead. 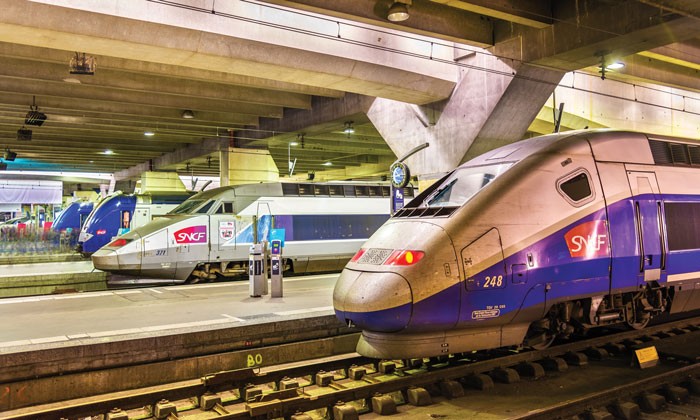 While the ‘Belfort Saga’ – given extensive national media coverage – was a political bombshell of sorts, the situation in which the rolling stock manufacturing sector currently finds itself is merely consistent with a trend that began five years ago.

In the wake of the Grenelle Environment Summit (2008-2009) that delivered a national consensus in favour of sustainable development and the promotion of alternative transport modes, starting with rail, the question of the competitiveness and future of this mode paradoxically became headline news in France in early-2010.

With SNCF (the French National Railway Company) experiencing lower profits – partly due to the renewed popularity of coach travel and attraction of carpooling – it followed that the anticipated rail specific funding and investment budgets earmarked by SNCF and the Regions had to be lowered.

The August 2014 Railway Reform driven by SNCF was guided much more by the German ‘integrated enterprise’ model than by the British model. In particular, it resulted in the disappearance of the independent railway infrastructure provider Réseau ferré de France (RFF) and its re-incorporation into the structures of SNCF. This resulted in the company’s monopoly being effectively reconstituted, yet without solving its financial conundrum (debt amounting to €53 billion and rising by €2-2.5 billion annually), nor remedying the railways’ loss of appeal in France.

The slack in rolling stock orders already noted in 2010-2011 was sufficiently alarming to induce fears of a 50% drop in manufacturing activity in France in 2015-2020 – a situation never encountered during the post-war period.

All the turmoil and questioning that resulted from the dire circumstances of the Alstom Belfort plant in September-October 2016 were representative of the underlying issues prevalent in the railway rolling stock manufacturing sector in France.

One such issue concerns market consolidation through possible mergers/alliances between European players in the field, with a further matter being the social risks that could impact the sector. These are legitimate concerns that need addressing, especially given developments as diverse as the foothold gained by the Chinese railway manufacturing industry in the global market (for the record: the €25 billion-plus turnover posted by train builder CRRC far outstrips that of Alstom, Bombardier and Siemens combined); the multiplicity of Euro pean competitors (CAF, Talgo, Skoda, Stadler, Pesa, Solaris); the glaring industrial overcapacities that exist in Europe; and competition from the ‘exotic’ offshoots of large European groups.

Alongside these developments there is a need to address the recurrent question of the type of future we want to embrace in the light of societal choices, particularly with regard to sustainable development. Important political choices will inevitably need to be made that weigh up the benefits against the various costs – both to finances, the environment, as well as our time. The inherent appeal and unquestionable progress made by road and air transport comes at significant expense, while the advantages of rail transportation are nevertheless hampered by a loss of competitiveness. The 2017 Presidential elections will be decisive for the future of rail in France. The Regions look to have made their choice, however, and this choice represents a true cultural and socio-cultural revolution seemingly set in motion by the emergence of these same Regions as Organising Authorities for InterCity train services, in lieu of the State or SNCF.

The coming years will soon confirm whether or not this revolution is truly irreversible.

The second major challenge centres on the modernisation of the National Rail Infrastructure Network (RFN).

Successive public reports released by the Lausanne Federal Institute of Technology1 highlighted the technical obsolescence of the French rail network, and this resulted in a major surge in network upgrading investments that started in 2010.

For the railway industry today, this represents a major and most stimulating challenge that no longer involves mere infrastructure upgrading but actually creates genuine network modernisation. Accelerated ERTMS Level 2 or 3 deploy ment will become an absolute necessity over the next 10 to 20 years, together with the introduction of network-wide centralised traffic control, computerised signal boxes and state-of-the-art catenaries.

This opens up some stimulating prospects for the particular rail industrial sector concerned, especially in light of the Greater Paris Express project that is expected to occupy the sector for at least 15 years.

The railway industrial sector and the association representing its interests will have a key role to play in advancing these diff erent prospects, by eliciting proposals liable to provide innovative solutions, and so contribute significantly to boosting rail com petitiveness in France.

This approach is valid for both rolling stock and rail infrastructure. With this in mind, our industrial sector must be able to rely on the availability of a ‘platform’ that encompasses all the ‘actors for innovation’ operating within the sector. It should thus be possible for Railenium2 – set-up in 2015 to promote the implementation of innovative procedures and processes (in conjunction with the European Shift2Rail project) – to work toward improving rail competitiveness.

The French rail system is today at a cross-roads. The status quo will no longer be tenable for the next government. We venture to bet that France, following the example of countries such as Germany, England and others in Euro pe, will once again take action to realise its railway ambitions.

Jean-Pierre Audoux is a Doctor in International Economics and also a graduate in Macro-Economics. In 1996 Jean-Pierre was appointed the new Director General of the French Railway Industry Association (FIF) after a 15-year career in various governmental departments including the Ministry of Industry, the Defence Ministry and the Prime Minister’s Office. Jean-Pierre is also the author of books on geo-economics and of numerous articles on the railway sector. For many years Jean-Pierre was also an Associate Professor in Economics in Advanced Studies at colleges such as the Paris College of Commerce, the Saint-Cyr Military Academy and the International Public Administration Institute.