It could be said that train stations are a ‘hot spot’ for acts of violence and crime and the frequency of these attacks is only increasing, causing some travellers to feel wary and vulnerable during their journeys. Neil Hendry, Vice President for UK and Europe at Digital Barriers, believes it is the duty of security and law enforcement teams at train stations and transit systems to reassure the public of their safety… 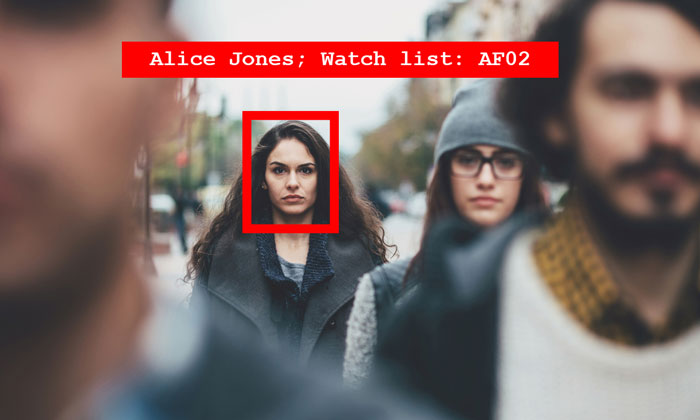 Between 2015 and 2016, the Global Terrorism Index revealed that fatal terror attacks surged by 650 per cent. Whilst the majority of terror related fatalities took place in Africa and the Middle East, the West has witnessed a trend of so-called ‘lone wolf’ attacks. These attacks are particularly dangerous due to the security challenges associated with isolating a sole malicious individual from within a large crowd of people.

For this reason, train stations are often chosen for attacks; public transport systems have actually seen 2,500 attacks (on trains, buses and passenger ferries) globally since 1970, with trains and train stations being the most common targets. In Europe, around 75 per cent of deaths from terror attacks occur in underground train stations. In the last year alone, two young women were stabbed to death at Marseille’s main train station in a suspected terror attack and an Improvised Explosive Device (IED) was detonated on the Tube at Parsons Green station, injuring 29 people. As attacks like these are widely reported, many travellers understandably feel increasingly wary during their commute.

The British Transport Police has taken several measures to improve the protection around train stations by deploying more armed police and through the launch of the ‘See it. Say it. Sorted.’ national campaign, designed to encourage extra vigilance amongst travellers. Fear of injury from shrapnel damage from a bomb detonation has also led to the removal of metal rubbish bins, which have been replaced with clear bags hanging from metal loops across London’s busy train stations.

However, train station security and law enforcement could be making greater use of more innovative and technological solutions to protect travellers. Installing airport-style X-Ray scanners is impractical and would result in overcrowding and chaos, however there are other options. For example, the intelligent and appropriate use of facial recognition is a simpler and less invasive way to spot suspicious individuals and groups within a large crowd. Facial recognition technology can identify individuals on a terror watch list and alert authorities if they are present in a crowd. This would enable security personnel to monitor any suspicious behaviour and act accordingly. Combined with evolving security and law enforcement technology, facial recognition has the potential to make our public spaces, including busy train stations, much safer.

In general, humans are naturally very good at spotting people they know, even from brief glimpses, but are poor at recognising those unfamiliar to them. Covering our transit hubs with teams of people looking for suspects would therefore be a fruitless and expensive exercise. In this scenario, the use of technology to automatically alert staff to those worthy of investigation, or those whose face may be concealed, becomes a very practical tool.

The facial recognition solutions we are familiar with are ‘one-to-one’ and usually in a compliant setting where an identity in relation to a presented document – such as a passport or a work security badge – is confirmed or denied. The test is fairly simple – is the person standing in front of the camera the same one recorded in the document? This challenge is made as simple as possible by utilising a high-quality photograph, good lighting, perfect camera positioning and the removal of anything that may obscure the face. Yet, this process can still fail. In a rail station scenario, the challenge is far more difficult. CCTV cameras are picking up hundreds, or even thousands, of people walking in different directions, using less than perfect lighting. And if facial recognition is being relied on to spot known terrorists or criminals, it can’t afford to have such a high failure rate. 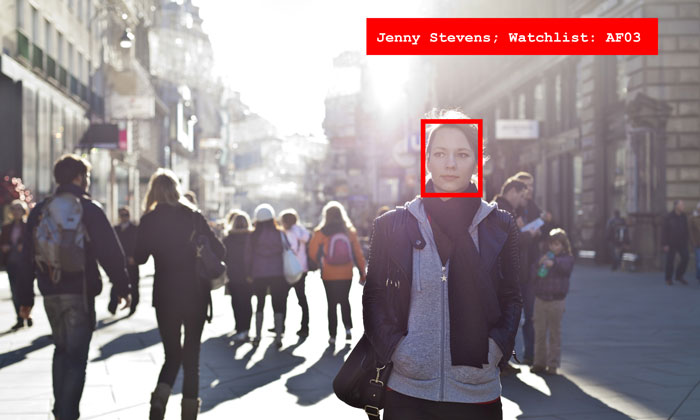 Luckily, ‘one-to-many, non-conformant’ technology has evolved to the point where it can now be used in a more effective manner. Although 100 per cent accuracy cannot be promised, the technology has reached a level of sophistication where a deployment on one camera can out-perform a hundred people watching the same feed.

Humans do still play a very important role however, and their level of involvement depends upon the criticality of selecting a target from video. If seeking out a white-collar criminal that has missed a court hearing, for example, teams could set the system with a high accuracy threshold (meaning that it only detects faces that are very similar to a suspect’s photo) as too many sightings for a low tier case would waste police officers’ time. On the other hand, with strong intelligence that a suspect has travelled to a major city with a bomb, teams could bring all sightings that are fairly close to that person’s likeness to the attention of the police. This ability to dynamically set the ‘importance’ of detection – the relationship between false alerts and false rejections – is critical as this reflects the variety of challenges that train stations encounter on a daily basis.

Of course, there are understandable objections regarding privacy and appropriate levels of monitoring. But, it is important to recognise that these systems are not deployed to track ‘unknowns’ – they are simply being used to compare people against those suspects in a set of watch-lists, and sightings of the public can be discarded if there is no match. Ultimately, security is paramount in today’s socio-political climate, with the current threat level from international terrorism set to SEVERE by MI5.

Not just terror: Other applications

The technology isn’t purely for use as a crime prevention tool. It can also be used to help find missing people who often travel through transportation networks in plain sight. An estimated 135,382 people were reported missing in England and Wales in 2015-2016. Furthermore, young women aged between 15 and 17 are the most likely to go missing, followed by young men around the same age. The reasons behind their missing status tend to be related to relationship problems and vulnerability, so it is imperative that they are found by law enforcement and helped with whatever situation they are in. ‘One-to-many’ facial recognition technology can also be used outside of the train station environment – for example in a smart and safe city context or in order to spot known troublemakers outside football stadiums during matches.

Train station security, the British Transport Police and, more widely, security and law enforcement should be investing in these kinds of technologies for the UK’s crowded spaces. Ultimately, they have the potential to enhance the effectiveness of existing safety tools and strategies, encourage greater rail transportation and save many lives.

One response to “Protecting train stations with live facial recognition”