Britain’s commute and its lack of connectivity

Transport connections increase the number of accessible jobs, reduce time spent on unproductive commutes and link different regions of the country; ultimately building a stronger and more inclusive economy. However, Britain’s transport infrastructure is falling behind the rest of the world, discusses Nick Chrissos, European Director of Innovation at Cisco… 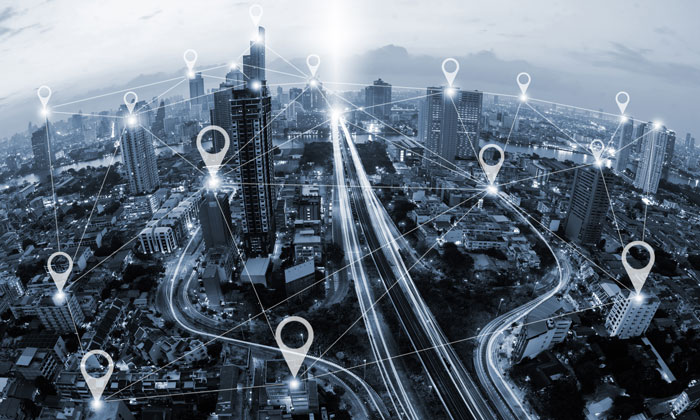 The link between improved transport infrastructure and economic benefits is often discussed when addressing issues relating to improved productivity. One infrastructural shortfall acutely felt by Britain’s commuters is the issue of connectivity on trains. Currently 33 per cent1 of attempts to connect to the internet on trains fail. Given that 1.7 billion2 journeys are made each year, this lack of connectivity equates to dissatisfied passengers, damage to rail companies’ reputations and most importantly, millions of productive hours lost.

How could the connected commute boost productivity?

For many years there have been concerns about the UK’s relatively poor rates of productivity, something which the UK Government is particularly keen to tackle. In November 2017, the Government’s Industrial Strategy3 was announced to address productivity performance across the UK. However, the measures outlined focused particularly on innovation and R&D on the road to 2030, with ambitious plans centred on technologies like artificial intelligence and life sciences.

While this is a valuable approach, there are actions that we can take using the technology that is readily available today. Through boosting connectivity on the railways, millions of hours of productivity can be unlocked and the country can be prepared for the new working patterns ahead.

We know that in recent decades commuting by rail has increased in popularity. Between 2002 and 2016, train usage increased by 56 per cent2, with the time spent on the railway network rising by 43 per cent. However, the growth in rail’s popularity has not been accompanied by a growth in connectivity. At present, on-board Wi-Fi is inconsistent and only 30 per cent of commuters are satisfied with the reliability of the internet on their trains4. Amongst individuals between 16 – 25 years, connectivity is regarded as the most important factor for train companies to improve – even above punctuality.

The lack of connectivity can delay the start to the working day for employees, sometimes by hours. However, if fast and reliable connectivity were available during journeys, commuters would have the option to use the time for work, accessing resources, communicating with colleagues and generally transforming those hours from dead time into productive time. Workers could, for example, talk to colleagues via video conference, instant message or email, leaving them able to focus on other, potentially higher value tasks while in the office. This could even reduce their hours in the workplace.

Connectivity would create choice for commuters, designing their most efficient and therefore productive working day. This increases the lucrative value for both employees and businesses, improving the quality of commutes and working lives. 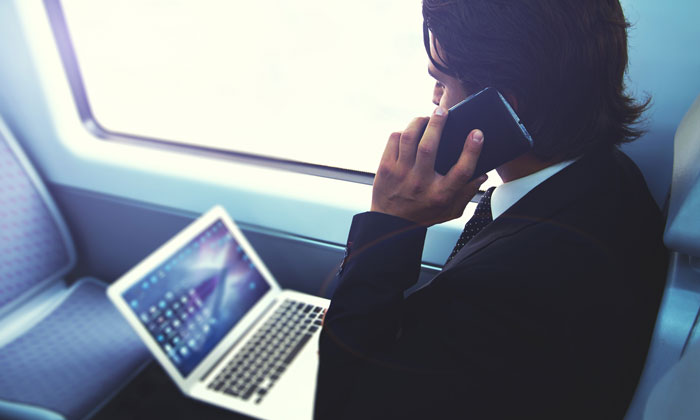 What are the opportunities that investment in transport infrastructure could present?

Boosting connectivity on trains would not only improve commuter experience but create new commercial and revenue generating opportunities for train operators. Using the data gathered through Wi-Fi connections, operators could share personalised offers aligned with commuters’ travel preferences, such as providing the option to instantly purchase and reserve a seat for the return journey, upselling first class tickets for regular passengers or even providing discounted trips on weekend routes.

These advantages could also extend to partnerships with retailers, offering convenient and engaging services for commuters. For example, when using in-journey connectivity, passengers could order groceries to be delivered to the platform on their arrival. Wi-Fi services, whether free or associated with a charge, could provide valuable benefits during journeys. This could equally unlock an enormous and previously inaccessible market for train operators and their partners.

At the same time, on-board Wi-Fi could deliver significant operational advantages for train operators. Wi-Fi data could provide more precise information on passenger numbers and location on trains. This in turn could inform train scheduling and enable alerts to point passengers waiting to the least crowded carriages.

Improved connectivity would also deliver more accurate train telemetry and analysis of train performance. Staff could communicate seamlessly inside and outside the trains, supporting incident reporting. And importantly, trackside engineers could have access to connectivity along the track, allowing them to access information as needed and improving safety during works.

How can we speed up the delivery of this technology?

The Government is clearly keen to support connectivity on the railways. In December 2017, a plan was announced to provide minimum standards of connectivity5 on all mainline routes by 2025. However, there are challenges and for some time questions have remained over whether or not to wait for 5G. It is this technology that can provide the infrastructure that could make even 5G deployment possible. Equally, with the cost of HS2 reaching upwards of £100 billion, for instance, it is crucial that businesses and governments balance investment against ROI.

Given these considerations, there is huge value in using smaller investments to develop proof of concepts and trial smart transport initiatives that can then be initiated more widely. At Cisco, with our partners including ScotRail, we launched Project SWIFT6 (Superfast Wi-Fi In-carriage for Future Travel), to develop a proof of concept for a new type of trackside fibre technology. The technology in this project could also provide the infrastructure for 5G in the near future. Because everyone from train operators to end users will benefit from the connectivity, the model is financially sustainable. Delivering a connectivity infrastructure also ensures that the system is resilient against the emergence of new 5G and even transport technologies, so will it continue to deliver long term benefits.

A new era of commuting

Commuting by rail forms a long part of many employees’ days. For many, the cost is high, with only one third of those commuting to work satisfied with its value7. However, by digitising the rail network, we can not only improve passenger experience, but give people more choice about how they use their commute and structure their working day. Rail connectivity could galvanise commuters, improve our productivity and in the process create new revenue streams for rail operators. The connected commute must be a priority to boost our transport infrastructure and our economy today.