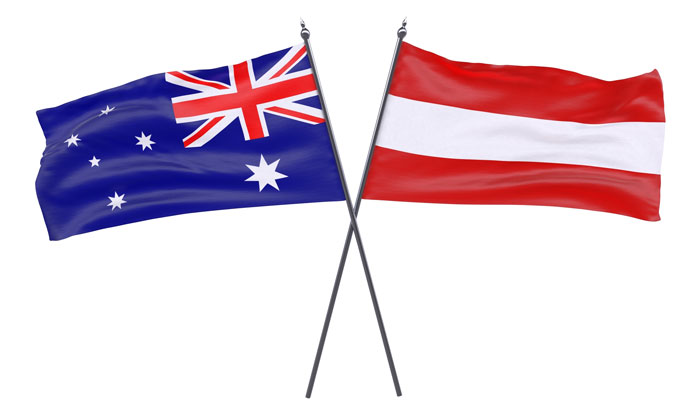 In 2013 Linmag established its subsidiary Linmag Australia Pty Ltd to establish the need for rail milling in Australia. Australia is of course a huge country with long distances between cities, different rail gauges (1,067mm, 1,435mm and 1,600mm), metro networks in Sydney, Melbourne and Brisbane, heavy haul services for coal and iron ore, as well as interregional/intercity and country services.

Due to the variation in operations there has been no single solution for a start-up business. Therefore, Linmag has chosen the Linsinger SF02 Rail Milling truck for its initial investments and to prove its capability in this new market. This Rail-Road-Vehicle (RRV) is a combination of a rail milling and grinding machine – with two milling units and two grinding units – and is suitable for travelling on roads and interstate roads at up to 100km/h. The Linsinger machine is multi-gauge, offering the opportunity to work on all Australian networks and even land locked stand-alone railways.

Unlike Linmag’s operation in Ireland, which deals with a single network with consistent problems of rail profile and conditions for passenger services, Australian railways have different problems that reflect the operation, climate and conditions of individual operators across the country.

One of Linmag’s first customers is the Australian Rail Track Corporation (ARTC) who operate the Hunter Valley Coal Network.

The tonnages vary depending on where you are in the network. Generally speaking, the #it# Down Main #itend# (empty coal trains) is typically 45 MGT to Muswellbrook where it diverges to single lines and loops. Conversely, the #it# Up Main #itend# has a maximum of ~190 MGT in areas close to the port moving to around 100 MGT by the time you reach Muswellbrook. Their single lines vary from the Ulan Line to the North West line, however the best rule of thumb is 45 MGT over the length. The one consideration to make is that the Ulan Line is made up of a number of curves (approximately 40%) and heavy wear rates, while the North West Line is predominantly straights and only made up of around 10% curves. Chainage for duplication (loaded and unloaded lines) are roughly 172km to 289km with the single line going from 289km to 425km on the Ulan Line and 545km on the Main North West. Their axle loads are 30 tonnes.

Alex Davies, ARTC Area Manager, said: “The Hunter Valley Network has undertaken significant development with the delivery of high quality cost-effective milling to provide a product to our customers that exceeds any previous targets. We have recently seen the development of milling technology to effectively address high priority defects that previously would have required replacement throughout the ARTC network. The services provided have been of the highest quality and our management team has been extremely satisfied with the overall life cycle improvements achieved by milling. Without the hard work, professionalism and direction of Linmag, our success would not be achievable and for this reason I would like to take the opportunity to thank the Linmag Australia team from everyone at ARTC.”

Linmag Australia is milling with the SF02 Road Rail Truck at every Closedown (approximately every six weeks) and has delivered plain line as well as turnout milling. Closedowns are mostly between 62 and 96 hours long, which were partly double shifted (day and night shift).

Examples of the type of work carried out are as follows:

Squats developing that block the signal from the ultrasonic testing car

Melbourne’s capital city Victoria is also the centre of Linmag’s Australian operations. With severe problems on its Bairnsdale and Warrnambool lines due to level crossing gate signal failures, Linmag used its rail milling trucks to remove the corrosion and defects from the rail head. This helped to ensure safety of operation, enabling the lines to be re-opened without further work.

This successful project has led to Linmag carrying out further work for V/line – Victoria’s state operator – including the milling of dual-gauge track, which is only possible with SF02 rail milling trucks.

Gauge widening was also carried out through tight curves to reduce extreme wheel wear on the new trains recently delivered.

On another recent project, we were able to re-profile several road crossings in the Ararat region, removing corrugations upwards of 4.5mm. This required no removal of crossing infrastructure. The cost benefit is great due to no re-railing through the crossing, and the rail can complete its full lifecycle.

Over the coming months and years, it is expected that Linmag’s machines will contribute further to V/line’s expansion plans in the state of Victoria.

We must remember that rail milling has a negligible impact on the environment, as it collects all waste material within the machine, which minimises the risk of fire compared to that of rail grinding. This is a significant benefit in a country which is very conscious of fire hazards.

Other work has been carried out on the Sydney trains network to reduce the effect of RCF and other rail defects on the need to re-rail prematurely. Sydney Trains is increasing its ridership steadily on an upward curve, placing higher demands on the infrastructure than ever before. With track access time under severe pressure, rail milling offers a unique solution to some weighty problems.

What is on the horizon?

As the market in Australia expands, Linmag Australia Pty Ltd will increase its fleet of machines to cope with the demand. In the meantime, Linmag’s SF02 trucks will continue to deliver excellent service to its customers, develop new solutions and techniques to reduce costs and also improve asset life.

As part of Linmag’s Irish Rail contract, we provide eddy current recording of every pass of the rail milling machine to assure the client of the level of defect removal. This data can then be used in conjunction with modelling techniques to provide rail life expectancy and prediction of future re-railing requirements and capital expenditure planning.

Reini Schwarzenberger has transitioned from being a medal-winning Olympian for Austria to a successful manager in a variety of industries – firstly in Austria and now in Australia – over the last 10 years. Reini is the Chief Operating Officer at Linmag Australia Pty Ltd and is responsible for the Australian business unit. 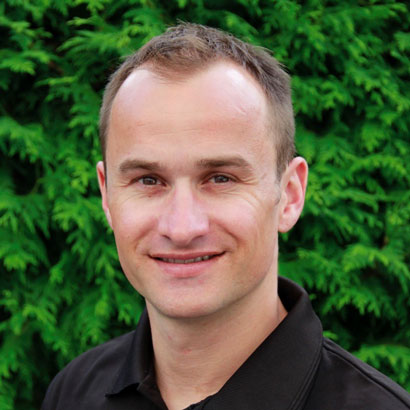 One response to “Milling Down Under: Proven Austrian technology vs. tough Australian rail conditions”