Working toward a safe culture at Portuguese level crossings

In 2010 the Portuguese railway network had an operating route length measuring over 2,800km with 2,494 level crossings, representing an average of 90 level crossings per 100km of railway line. Set against this backdrop of such a high ratio of level crossings, this article outlines the significant advancements that have been made to improve safety for both road and rail users in Portugal. 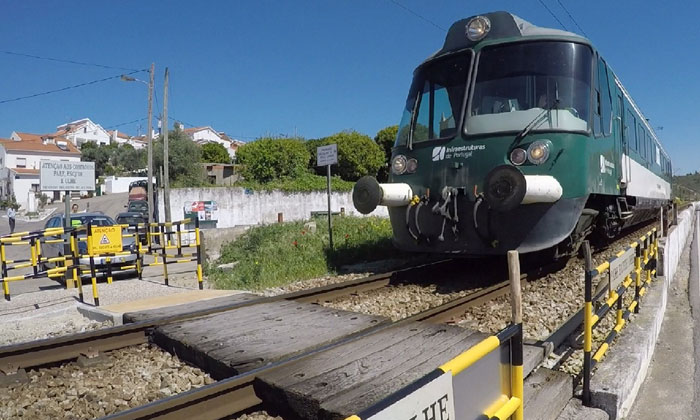 Since 2010, there has been a lot of work to reduce the risks associated with level crossings and 1,643 were successfully closed by 2016 – a reduction of 65% on the total number. Additionally, investments were made in automatic protection technology that resulted in a network total of 851 level crossings; 460 (54%) having active protection systems (see Figure 1). 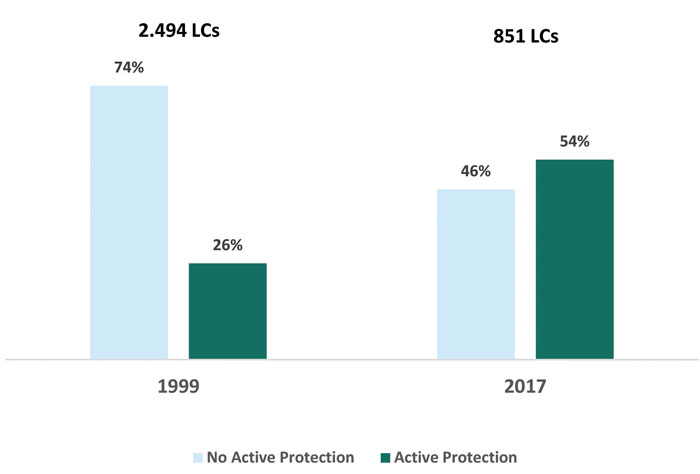 The total level of investment over the last 17 years was approximately €350 million, which had a significant impact on overall risk factors, increasing the level of safety for users. During this time goals were defined and measures were taken to decrease the number of accidents per year at level crossings – all of which were achieved.

In 2014, a new target was defined to reduce the number of accidents by 40%, achieving less than 17 accidents by the end of 2020. In the same period, two additional objectives were identified: 65% of level crossings should have active protection, and there should only be an average of 30 level crossings per 100km of railway line.

To achieve this goal a new programme of closing and upgrading level crossings started and is currently in progress (integrated in the ‘Ferrovia 2020’ Programme to upgrade capacity on several lines).

These new objectives are the driving force for improvements at Infraestruturas de Portugal (IP) and, in fact, the rail system only encountered 17 accidents at level crossings in 2015 and again in 2016. This placed IP near their goal four years before the target (see Figure 2). 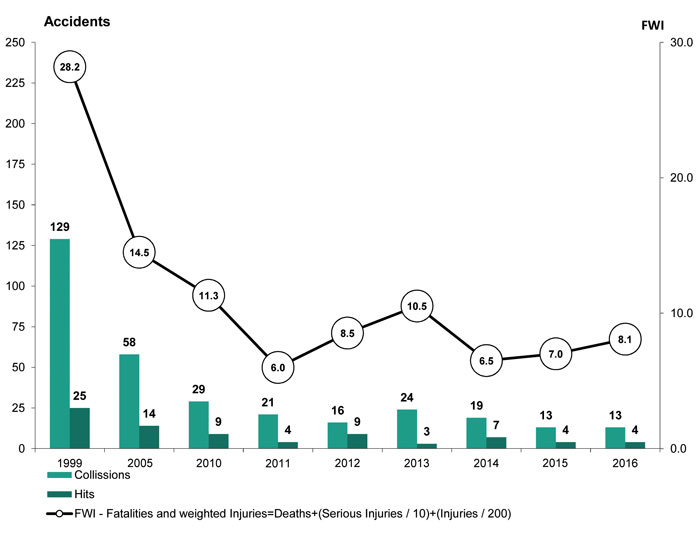 Figure 2: Number of accidents at level crossings in Portugal

Over the course of the next five years, the Portuguese investment programme in level crossings will be divided across the following three branches:

By the end of this programme implementation, IP expect to have achieved their goals regarding the total number of level crossings (an average of just 30 for every 100km of railway line) and having 75% of level crossings with active protective systems – all with an investment amount of €54 million.

The major cause of accidents at active protection level crossings is a considerable number of users ignoring level crossing signs, demonstrating disrespect and negligence over the safety information. The increase in death numbers points to the intensification of this behaviour, which could not be completely overcome by the technical improvements made since 2000 in the railway crossing conditions.

The risk factors of users’ behaviour – drivers or pedestrians – are largely a result of the following:

On the road infrastructure side there are also risk factors that need to be mitigated:

The aforementioned risk factors are not solved by the traditional solution of level crossings automation, and some are increased by the continuity of urban level crossings, as well as in higher speed sections of the railway, both with greater potential to cause death or serious injury in the event of an accident.

To mitigate these risk factors, a different approach is needed: implementing a road risk assessment and level crossings measures, with reinforcement of road/level crossings signalling and innovative measures, such as the following:

In conjunction, IP continues to run an awareness campaign known as ‘Stop, Listen, Look’ which started in 2006 and is dedicated to targeted communication about behaviour risks at railway crossings. Under this campaign, the two last actions were:

It’s our conviction that level crossings will always exist – mainly in pedestrian form – so it is important to continuously maintain a level of communication, using images and changing environment conditions, to ensure users maintain the necessary awareness and pay attention at cross railway infrastructure.

The implementations of this strategy, technical measures and awareness campaigns, as well as the involvement and cooperation of other institutions and stakeholders, will be crucial to achieving success in the years to come.