High-speed rail travel in America: Tracks to the future

Karen Philbrick, Executive Director of the Mineta Transportation Institute at San José State University, explores the benefits that high-speed rail will bring to America and how it will play a vital role in future mobility, especially as the country’s population continues to grow.

“We must find ways to move more people, to move these people faster, and to move them with greater comfort and with more safety,” were the words spoken by President Lyndon B. Johnson when he signed the High-Speed Ground Transportation Act on 30 September 1965. 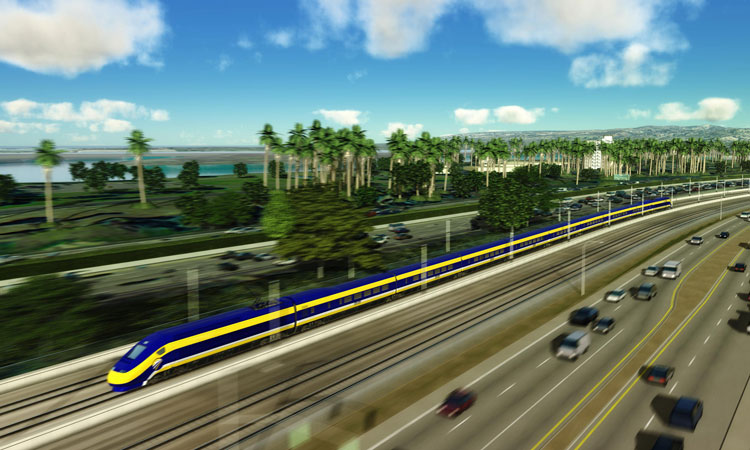 Another transportation option for the US

High-speed rail will provide Americans with another transportation option and enable us to remain an economic powerhouse. It simply isn’t feasible to continually add freeway miles or expand airport operations to service the demand for mobility. As noted by Roger Millar, Secretary of the Washington Department of Transportation, in his keynote during the 2018 Joint Policy Committee meeting of the American Association of State Highway and Transportation Officials: “Building more highway capacity to solve congestion issues isn’t the answer.”

Numerous studies have identified the benefits of high-speed rail, particularly in terms of potential job creation. A recent study by researchers at the Mineta Transportation Institute looked only at spending from the very first construction package of the California high-speed rail project. Under the most conservative scenario, the investment will lead to more than 31,500 jobs (part-time and full-time) over the next 15 years across a wide range of sectors. When you consider the potential impact of the complete California high-speed rail construction, plus operation, maintenance and other economic spillover impacts, the job creation potential for the system is tremendous.

But jobs are only one way to consider the potential benefits of high-speed rail. Americans spend, on average, 41 peak hours stuck in traffic annually. High-speed rail could relieve some of that congestion, reliably moving large numbers of passengers to their destinations quickly, efficiently and safely. There are also potential environmental benefits to be gained through investment in high-speed rail. Several studies, including one by the Union of Concerned Scientists, estimate significant climate benefits, particularly from the substitution of short-haul air travel for rail. The net environmental benefits of high-speed rail depend on a number of factors including things like ridership levels and how many people switch from air or vehicle travel to rail; land use planning to encourage higher density, mixed-use developments surrounding stations; choice of right-of-way and mitigation efforts during construction; as well as what the future holds in terms of fuel efficiency of automobiles; among others. Many of these trade-offs are well described in an analysis by Professor Elizabeth Deakin, who documents a vision of the environmental and other co-benefits of developing high-speed rail in California.

The United States is the world’s largest economy; it is imperative that we invest in new infrastructure that will lead to increased economic growth, improved quality of life and decreased GHG emissions.

In California, statistics reveal that the state is achieving its overall GHG reductions, but that the transportation sector is lagging. High-speed rail, with all of the connecting transit improvements, can change that.

There’s no question that connecting the state’s major population centres with a clean, sustainable travel mode is a good idea that will produce major benefits for the state. The construction is already having a positive economic impact in the Central Valley, and it may transform that region’s economy. Just imagine what a national system could accomplish.

Overcoming the challenges of high-speed rail

Like with any major infrastructure project, there are challenges for building high-speed rail in the U.S. However, most of the obstacles experienced to date haven’t proven to be true road-blocks, but rather temporary impediments that, unfortunately, increase the cost and time to deliver.

One obstacle that does differ in the U.S., compared to many other countries that have invested in high-speed rail, is the lack of federal commitment. Instead of a thoughtfully conceived national plan, we are seeing a piecemeal approach being undertaken by a few states.

Opponents of high-speed rail in the U.S. focus on issues such as the cost and whether high-speed rail will be profitable. The U.S. Interstate system isn’t ‘profitable’ yet the massive financial investment in that system led to tremendous economic growth and opportunity for the nation.

It is conceivable that high-speed rail will also lead to significant economic growth. Virtually all transportation infrastructure projects globally require some level of government subsidy to cover direct costs. It is the nature of the beast. However, what is often missed in these arguments are the spillover effects and other significant benefits coming from the investment.

Some argue that U.S. population density is simply too low to support high-speed rail, yet if you look at major urban centres and the growing megaregions in the U.S., the argument about population density changes. In addition, high-speed rail is not only being built for today’s population, it needs to be built for tomorrow. The U.S. population is estimated to grow by more than 100 million by 2050, with much of that growth occurring in our urban centres. It is imperative to plan now to address the mobility needs of the future.

Approximately two dozen other countries have found high-speed rail feasible, including Uzbekistan. There is no reason it can’t be done in the U.S. Investing in infrastructure creates jobs, helps alleviate congestion and pumps money into the local and regional economies. In order for the U.S. to continue to be a global leader, we need to have the transportation infrastructure that will take us into the 22nd Century; modern, clean, efficient high-speed rail should be part of that future.

Karen E. Philbrick, PhD. has served as Executive Director of the Mineta Transportation Institute (MTI) at San José State University since 2014, after five years of service as MTI Research Director. Karen is responsible for day-to-day administration and management and long-term financial and strategic initiatives. Prior to joining MTI, Karen was Assistant Director of the National Center for Intermodal Transportation at the University of Denver.

In 2014, Karen was appointed by U.S. Secretary of Transportation, Anthony Foxx, to her second term on the USDOT Transit Advisory Committee for Safety (TRACS). Karen was elected to the prestigious Executive Committee of the national Council of University Transportation Centers (CUTC) in 2013. Since then she has served as CUTC Treasurer, Secretary, Vice President, and, in 2018, was elected President. Karen received the 2015 CUTC-ARTBA Award for Administrative Leadership and that same year was honoured to receive a commendation on behalf of the City of San José from Mayor Sam Liccardo for excellence in transportation policy leadership.

On an international level, Karen has contributed to the development of educational and training materials for intermodal specialists. Her work has formed a key portion of an international training effort and seminar, Innovations and Challenges in Intermodal Transportation, in the Philippines and Indonesia. She has been a member of the U.S. delegation to the Asian Pacific Economic Cooperation (APEC) Transportation Working Group since 2000.

Karen serves her profession on the Women in Transportation Seminar (WTS) Foundation Board and as a member of the advisory board for the Los Angeles Metro Office of Extraordinary Innovation (OEI). She serves her community as an active member of the Rotary Club of San José where she co-chairs the Fun and Friendship committee and serves on the Rotoplast and Rotocare committees that offer volunteer-based free medical services.

In 2018, Karen was elected to serve a three-year term on the Rotary Club of San José Board of Directors. Karen holds a PhD from the University of Denver and an MA and EdM from Columbia University. She earned her undergraduate degree from California State University, Fresno. 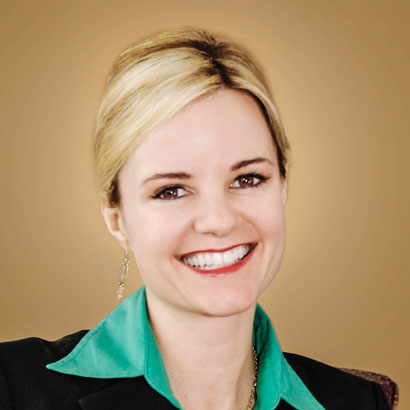 2 responses to “High-speed rail travel in America: Tracks to the future”