Stephen Lemon, Programme Director, Digital Systems at Transport for NSW, provides an overview of a major programme that aims to develop and deploy state-of-the-art signalling and control systems for Sydney’s rail network. 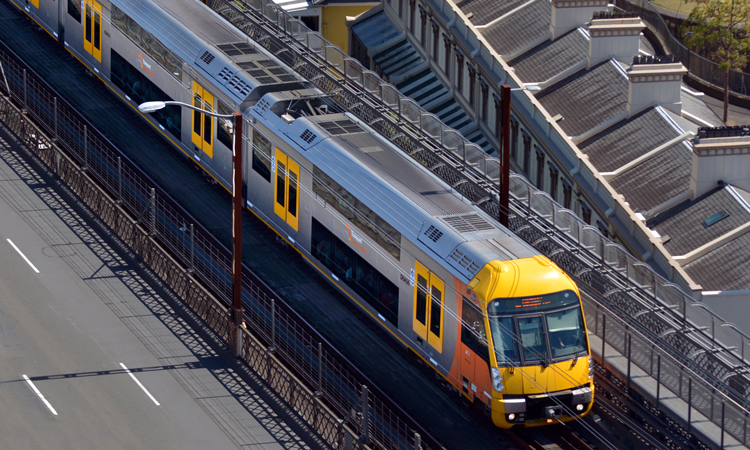 The backbone of Sydney’s transport system is its heavy-rail network, with over 960km of track connecting communities in Australia’s biggest city. Over 340 million customers travelled on the Sydney Trains network in 2016-2017, a 5.6 per cent increase on the previous year. This growth is putting enormous pressure on a network that is ageing, complex and reliant on outdated technology.

One way we’re tackling this is through Digital Systems – a programme that will replace legacy signalling and train controls with modern, internationally proven, intelligent systems based around European Train Control System (ETCS) Level 2 technology. The programme will enable us to provide more frequent and reliable services to meet the needs of a growing global city.

Digital Systems will harness technology that enables future network enhancements and raises the bar in performance and efficiency to benefit our customers.

In June 2018, the NSW government announced an $A880 million investment in technology improvements to modernise the Sydney Trains network, including the development of Digital Systems. Our programme consists of three main elements:

These elements will deliver significant performance, cost and safety benefits. The modern technology will allow for data-driven operations such as dynamic timetabling and lead to reduced maintenance possessions and increased passenger and freight capacity.

Our technical team has been out and about reviewing track conditions in the first deployment areas.

Site surveys have been conducted on the T4 Line between Sutherland and Cronulla and Bondi Junction and Redfern to ascertain signalling and telecommunications asset conditions.

The information they’ve collated improves our understanding of the existing infrastructure and will be incorporated into the programme’s technical issues papers. 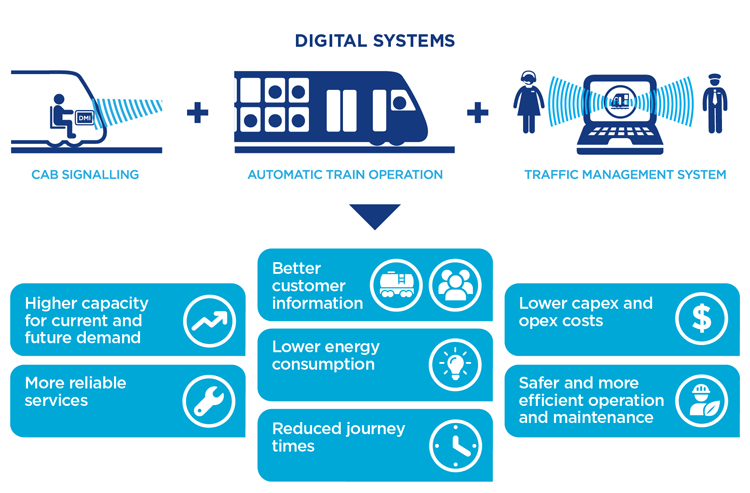 An explanation of Digital Systems

Digital Systems is a core element of More Trains, More Services – a portfolio of works needed to deliver the major timetable upgrades required on the Sydney Trains network over the next decade. It also builds upon other Transport for NSW initiatives, including:

Digital Systems also aligns with Future Transport 2056 – the NSW government’s strategic vision for the next 40 years of transport across the state. Digital Systems will help achieve a number of goals in the strategy including investments to support ‘turn-up-and-go’ services and technology to drive advanced safety systems and removal of trackside equipment.

In August 2018, 300 people gathered in Sydney for an industry briefing where we outlined to our future delivery partners the context, scope and procurement methods for the Digital Systems programme. Collaboration with industry is key to the programme’s success and we will be holding many more briefings in the future as Digital Systems develops.

The industry briefing also coincided with procurement for the System Integrator contract. A Request for Proposals was released at the time, and we are expecting to award the contract later in 2018.

The System Integrator will be our key partner in delivering Digital Systems and integrating it onto the Sydney Trains network. The successful tenderer will bring leading expertise on comparable projects and will play a key role in defining and delivering our programme.

Procurement is also underway for the trackside and traffic management system (TMS) contract packages, with an invitation for Expressions of Interest released in October 2018. The works include the design, supply, installation, testing and commissioning of the TMS, the signalling and ETCS Level 2 elements of Digital Systems.

Internationally, what we are doing in Sydney is nothing new. ETCS Level 2 technology has been delivered on various networks around the world so we are not looking at reinventing the wheel. We are taking onboard lessons learned from other nations, which is an ongoing process. 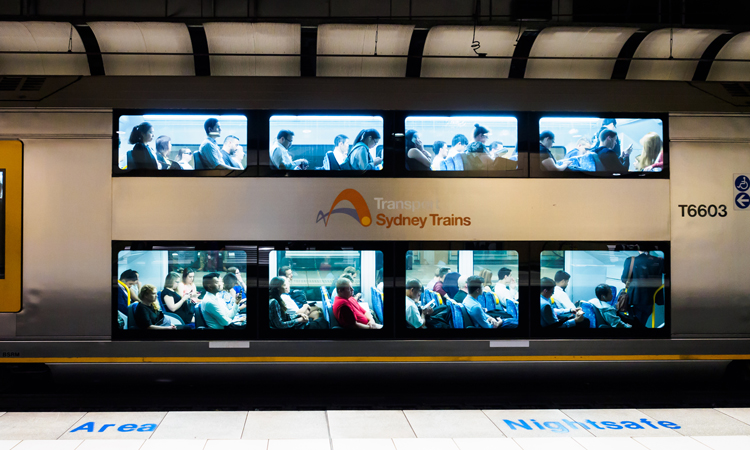 Over 340 million customers travelled on the Sydney Trains network in 2016-2017, a 5.6 per cent increase on the previous year

Our existing heavy-rail network has served the city and surrounding regions for more than 100 years. Over that time, it has grown incredibly complex and requires significant investment to continue to serve us in the long-term.

We are responding by continuing to simplify the heavy-rail system and introducing a new wave of technology through Digital Systems. This programme will bring our rail system into the 21st century – it’s the largest transformation that Sydney Trains will see in our lifetimes. By harnessing technology improvements, we can meet the needs of Sydney as a growing global city.

We are starting to build momentum on a game-changing programme that will transform how Sydney’s railway is managed and controlled forever.

Stephen Lemon has previously held roles in Transport for NSW as the Director of Rail Systems Development and as Sydney Trains’ Professional Head of Signalling and Control Systems, and has more than 30 years’ experience in the Australian and UK rail industries. Stephen’s experience spans project management, engineering and consultancy in both the public and private sectors across a variety of infrastructure environments, including freight, heavy-rail, metro and light-rail. Stephen is a Chartered Professional Engineer (CPEng) and Fellow of the Institution of Railway Signal Engineers (FIRSE). 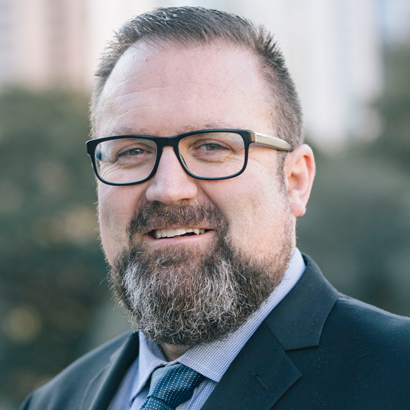 By Stephen Lemon - Transport for NSW