Moving into a new legal regime for global rail freight

For several decades, there has been enormous potential in door-to-door rail freight transportation between Europe and Asia, but there is still a lot to be realised. Erik Evtimov, Deputy Secretary General of the International Rail Transport Committee (CIT), explores the challenges to overcome and how the creation of a new regime and transport documents can significantly contribute to increased rail freight traffic growth. 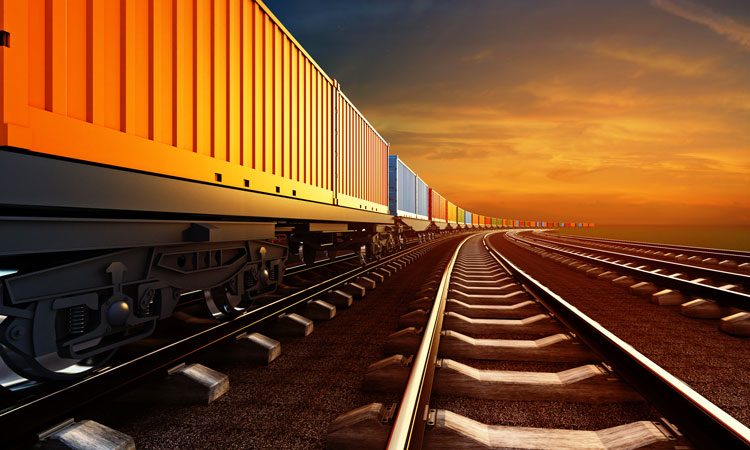 East-West and West-East rail freight traffic must cross an invisible legal border due to the existence of two different legal regimes. Europe applies the CIM Uniform Rules1 of COTIF (the Convention concerning International Carriage by Rail), while Russia, China and further Asian countries apply the Agreement on International Goods Transport by Rail2 (SMGS). The existence of this dual legal regime produces legal insecurity and leads to interruption of freight traffic movement, causing delays, additional costs and administrative burdens for the rail freight carriers. Up to 2006, all rail freight consignments between Europe and Asia were re-consigned as they passed from the CIM to the SMGS. This re-consignment was time-consuming and incurred additional expenses with no value added and sometimes led to incorrect data being entered on documents.

In 2006 the Common CIM/SMGS Consignment Note was created by the CIT, forming an essential part of the joint CIT/OSJD project on the legal interoperability of the CIM and the SMGS. The Common CIM/SMGS Consignment Note significantly simplifies the transition procedure at the reconsignment points and is based on the United Nations Layout Key for trade documents. The start of the ‘Legal Interoperability CIM/SMGS’ project dates to the 2003 conference on International Rail Transport Law, where the participants clearly expressed their aim to make available a common consignment note as evidence of the transport contract for goods which can be used through transport, and which is sufficient for modern requirements of customs. In 2004 the CIT organised the aforementioned project together with strong support from the OSJD (the Organisation for Cooperation of Railways). 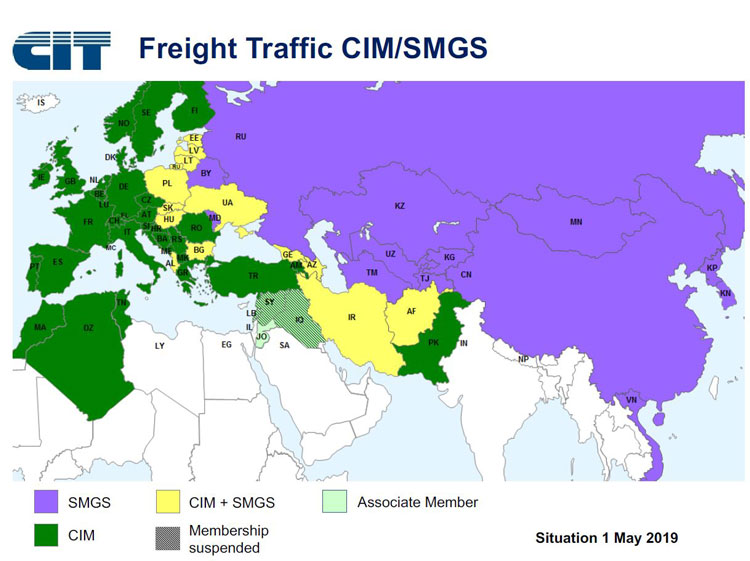 During the second stage of the project, a new and standardised claims handling procedure was drafted and added to the Common CIM/SMGS Consignment Note manual. It allows for a standardised procedure for claims handling of formal reports issued. In parallel, the CIT initiated activities to draft the uniform liability rules for CIM/SMGS traffic that could be applied on a contractual basis as General Terms and Conditions EurAsia since 1 January 20193. Until now it mainly serves as a source of information for clients, carriers and customs authorities dealing with the Common CIM/SMGS Consignment Note and should be introduced to the practice subsequently. Creation of the harmonised international rail freight legal regime has been the declared long-term legal and political goal for the next 10-15 years. Whilst waiting for the states to create this new uniform legal framework, the UN Economic Commission for Europe (UNECE) is encouraging the railways and trade associations involved to achieve harmonised solutions on a contractual basis. The third phase of the CIT/OSJD project ‘Legal Interoperability of CIM/SMGS’ includes the creation of standard rules for uniform rail transport law on a contractual basis. Political Declaration on EuroAsian rail transport law was signed in February 2013 by 37 representatives of the participating countries, which undertook a commitment to officially start activities on harmonisation of rail transport law within the UN Framework. 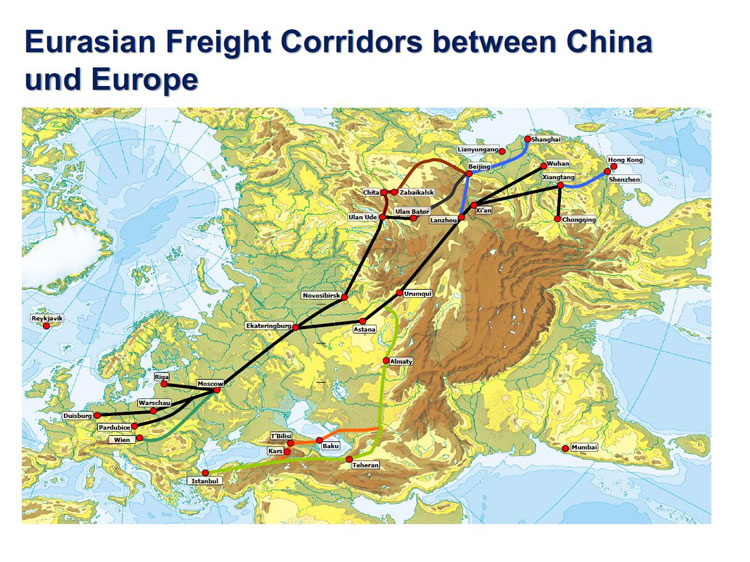 Moreover, the CIT is exploring with its members the further opportunities of using the Common CIM/SMGS Consignment Note for multimodal transportation (sea-rail), mainly on the Baltic Sea and the Black Sea. Thus, rail-sea traffic is to be given increasing political and legal attention, since end-to-end rail freight shipments using a single contract of carriage CIM by land and sea have decisive hinterland potential for linking up the ports to the key production and consumer centres in Europe, Russia and China. Consequently, the manual was amended to reflect the specificities of the sea transportation and enable the use of the Common CIM/SMGS Consignment Note to multimodal transportation.

Practical implementation on the land bridge between Europe, Russia and China

Completing the Common CIM/SMGS Consignment Note in Chinese language has been possible since 1 January 2010. Appropriate routes for the organisation and completion of test shipments have also been specified by the Chinese Railways. The inclusion of this traffic axes in the manual has been assigned the highest priority in order to facilitate and optimise East-West shipments in terms of both costs and time. In 2017 the Administration of the Chinese Railways informed the CIT and OSJD that all border crossing points with the Russian Federation, Mongolia and Kazakhstan would be opened as of 1 May 2017 for the use of the Common CIM/SMGS Consignment Note for the import and export of goods with European countries. According to Chinese Railways in 2018, 59 Chinese cities now have rail freight links with 49 European cities in 15 countries.

The CIT has achieved a lot during its 115 years, but more can still be done to ensure fast and reliable global rail freight transportation on the land bridge between Europe and Asia, with clear-cut coherent rights and obligations for the parties of the transport contract. The Common CIM/SMGS Consignment Note and the standard claims handling rules were only the first steps towards a much more ambitious project – the creation of a uniform body of law for freight transportation by rail. This task is being actively pursued by the CIT in cooperation with the UNECE. Notwithstanding these very positive developments, rail freight transportation between Europe and Asia still has a significant development potential, since only one per cent of it has been captured so far. Thus, the long-term objective is a single regime for rail transport law from the Atlantic to the Pacific. This initiative, however, requires the involvement of states and the respective international organisations. In parallel the railway industry associations make their technical expertise available and in doing so they will help legislators to find appropriate harmonised legal solutions. A single standard contractual regime and transport documents for global rail freight carriage can contribute significantly as a quick first step to a further reduction in transport costs and the acceleration of transportation flows, plus will contribute to an increase in the growth alongside the Eurasian corridors.

Erik Evtimov studied law at the Universities of Sofia and Bern. He was awarded a Master of European Law following post graduate studies at the European Institute of the University of Saarland. Erik qualified as a lawyer in Sofia. A doctorate was conferred on him by the University of Bern in 2003 with the distinction ‘magna cum laude’. He has worked as a Senior Legal Adviser in the General Secretariat of the International Rail Transport Committee (CIT) since 2004 and was elected as its Deputy Secretary General in 2011. He is Chairman of the CIT/OSJD CIM/SMGS Legal and Expert Group and of the CIT Working Group on Multimodality. He was Chairman of the UNECE Informal Group of Experts on Unified Railway Law and is a member of various working groups and committees including the CIT, CER, UIC and of the Intergovernmental Organisation for International Carriage by Rail (OTIF). 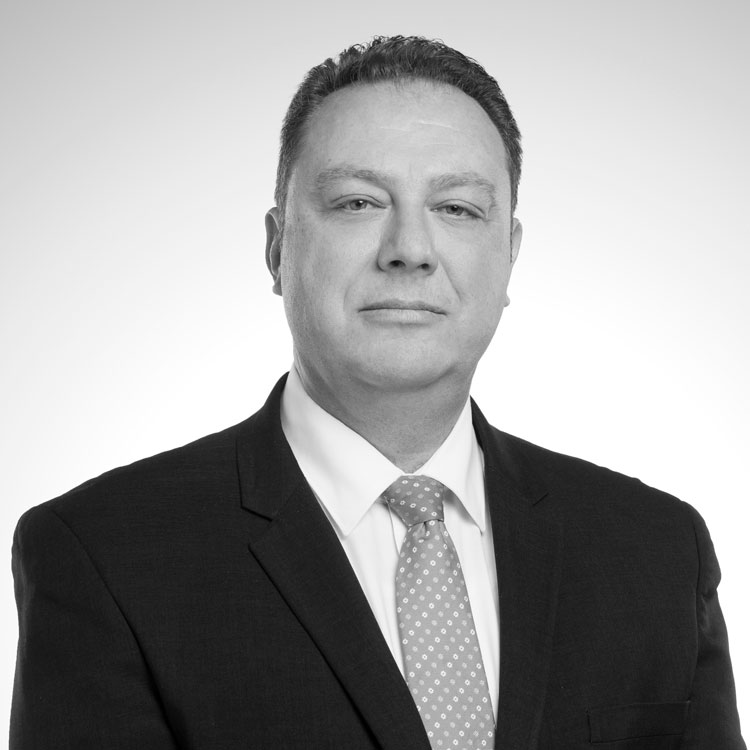