As Metro Trains Melbourne celebrates its 10-year anniversary, CEO Raymond O’Flaherty talks about the train operator’s milestones and how it will need to continue its transformation to provide a safe and reliable future service for the city’s rapidly-growing population. 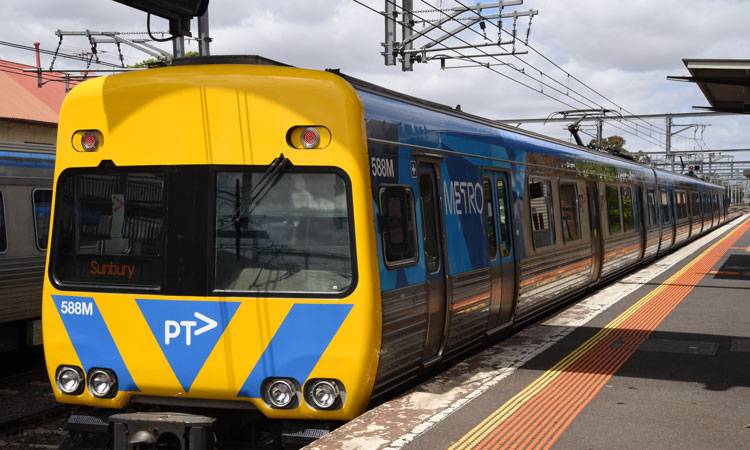 A million more people in the city, 10,000 more train services a month, 30 fewer level crossings and 2,000 more staff. These are just some of the changes Metro Trains Melbourne (Metro) has seen since it commenced operation 10 years ago.

In that time, Melbourne’s metropolitan rail network has begun an exciting transformation into a world-class, mass transit system.

“We are proud of our achievements in a number of areas including network performance, passenger satisfaction, fleet and asset reliability, safety and security – but there’s always more to do to meet the needs of our growing city.”

Melbourne’s population is increasing at a startling rate, jumping from four million people a decade ago to five million today – it is now on track to overtake Sydney as Australia’s most populous city.

Metro’s CEO, Raymond O’Flaherty, says a rapidly-growing population means operators and transport officials are planning decades into the future to provide the infrastructure and level of service frequency needed to keep the city moving.

Ten years ago, Metro was running approximately 56,000 services a month – today, there are more than 66,000. With each train having the ability to carry around 900 people, that represents capacity for nine million more passengers a month than was available 10 years ago. 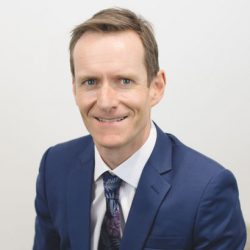 “We are proud of our achievements in a number of areas,” said Raymond, “including network performance, passenger satisfaction, fleet and asset reliability, safety and security – but there’s always more to do to meet the needs of our growing city. Our rail service is integral to the lives of millions of people in the communities we serve. We can make lives better, business easier and communities closer when we run to schedule and safely deliver people to their jobs, families, homes, classrooms, restaurants, cultural events and sports activities.”

“That’s the responsibility that Metro has.”

Metro commenced its most recent franchise contract – operating and maintaining the Victorian Government-owned infrastructure and rolling stock – in November 2017, which runs until 2024. The new contract sets out tougher performance targets – Metro needs to run 98.5 per cent of scheduled trains, while 92 per cent of those trains are required to run on-time.

Train stations and trains: Metro operates 222 train stations across 17 lines and 226 six-carriage trains, each of which comfortably carries around 900 passengers – the fleet consists of 101 Alstom X’Trapolis, 36 Siemens Nexus, and 89 Comeng.

The Victorian Government has ordered 65 high-capacity Metro Trains, which have commenced mainline testing on the Metro network.

Over the past 10 years, Metro’s workforce has grown from 4,000 to 6,000, making it the third biggest employer in the state of Victoria.

One of the main targets we set is that by 2027, we will have women make up 40 per cent of our workforce.

Raymond says having the best people possible on board has been a key focus to ensure the network operates reliably and efficiently.

“One of the main targets we set is that by 2027, we will have women make up 40 per cent of our workforce. The rail industry has historically been a male-dominated arena – but that’s changing, and it’s changing fast.

Since Metro took over rail operations in Melbourne in 2009, passenger numbers have increased by more than 15 million per year. “When Metro was first established 10 years ago, only 15 per cent of our staff were women – and now it’s more than 26 per cent. We haven’t reached the 40 per cent target yet, but we are on track to achieve that goal.”

To ensure the network has the necessary infrastructure to allow Metro to provide the best train service possible for Melbourne, the Victorian Government is investing billions of dollars into new rail projects.

The Level Crossing Removal Project will eliminate 75 level crossings by 2025. These works will improve safety by removing the danger of trains sharing a crossing with vehicles, pedestrians and cyclists. Removing level crossings – still a common feature on Melbourne’s network – also reduces traffic congestion by eliminating delays to road users, and increase train capacity by allowing Metro to run more trains on the network.

The biggest rail project in more than 35 years is currently underway – the Metro Tunnel. This critical project will provide a link between Melbourne’s southeast and northwest via a tunnel that travels under the entire city centre.

The twin nine-kilometre tunnels will boost service frequency by separating three of the busiest lines from the underground City Loop. Five stations are being built to accommodate the new seven-car High Capacity Metro Trains, which are currently undergoing testing.

We are adapting to an environment where we’re operating a railway and building at the same time – Melbourne has never seen this before.

Raymond says operating a train network while there are major infrastructure builds underway is a unique challenge – and one that requires Metro to be agile. “These projects have to be done for Melbourne’s rail network to not only be able to keep up with the city’s growth, but to make our network world-class. We are adapting to an environment where we’re operating a railway and building at the same time – Melbourne has never seen this before.”

Since 2016, there have been more than 18 million passenger trips on replacement buses. Raymond says passengers will see that the long-term benefits far outweigh the short-term pain.

“The people of Melbourne deserve a reliable, fast and easily-accessible train service and, to provide that, these projects are desperately needed.”

A view from the front line

Manisha Visana is a Station Officer at the busy Frankston Station. She’s been working at Metro since the first day it began operating Melbourne’s trains on 30 November 2009. Beyond her day-to-day role at Frankston, Manisha also travels around the network, providing additional support where it’s needed.

“I’m a people person and love that I get to be the face of Metro,” explains Manisha. “Given I work across the network on the Pakenham, Cranbourne, Frankston and Sandringham lines, I meet a lot of people and love it when I get to reconnect with a passenger from a station I haven’t been to for a while. It’s amazing when you receive a compliment from a passenger and know you’ve had an impact on their day.”

The Frankston Line is one of the most heavily impacted by the Victorian Government’s current rail infrastructure programme, which means its passengers are faced with plenty of disruptions. When this happens, Manisha is there to help them on their journey.

“No one day is the same,” Manisha explains. “It can be a quiet day and then suddenly something may happen on the network and it can get very busy, very quickly. It keeps you on your feet and is challenging, but also exciting. I like the excitement that comes with the job.”