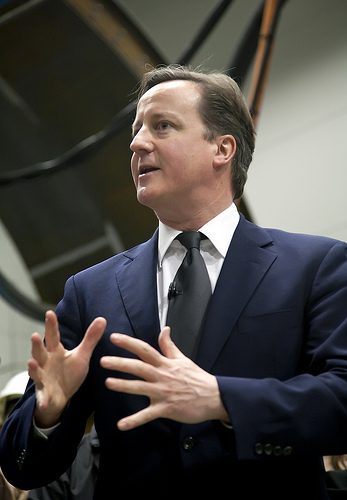 The Prime Minister was joined by Spanish Prime Minister Mariano Rajoy to meet engineers and construction workers and to hear more about tunnelling preparations for Europe’s largest civil engineering project.

Construction of Crossrail’s western tunnels between Royal Oak and Farringdon is being undertaken by a UK joint venture comprising BAM Nuttal, Kier Construction and Ferrovial Agroman – the UK subsidiary of Spanish multinational Ferrovial. Over 150 people are currently employed at the Westbourne Park site.

Andrew Wolstenholme, Crossrail’s Chief Executive said: “Crossrail is an infrastructure project of national significance. Tunnelling for the major new rail tunnels under London will get underway in just one month from now. Over 3,000 people are now employed on Crossrail with thousands more to be employed at the height of construction. Contracts worth £3bn have been awarded to-date providing a much-needed boost to the UK economy. At least 90 per cent of all Crossrail expenditure will be invested within the UK. Further high-value contracts will be awarded later this year including the main construction contracts for Liverpool Street and Tottenham Court Road stations.”

The first Crossrail TBM is due to undergo testing ahead of the start of tunnelling. Work is well underway to re-assemble the second TBM that will launch from Royal Oak Portal in April.

Next month, the first TBM will be launched into one of the twin bores at Royal Oak Portal tunnelling east towards Farringdon. A second TBM will subsequently be launched in April through the second bore. At over 140 metres long and weighing around 1,000 tonnes the TBMs will travel 6.4km (4 miles) eastbound under London via Paddington, Bond Street and Tottenham Court Road before reaching Farringdon in 2013.

This will be followed later this year by the launch of a further two TBMs from Limmo Peninsular in the Royal Docks that will travel a total of 8.3km (5 miles) towards Farringdon via Canary Wharf, Whitechapel and Liverpool Street.

Towards the end of 2012 another two TBMs will begin construction of the south-east section of the route, launching from Plumstead portal in the south-east and travelling a total of 2.6km to construct the Thames Tunnel. Two TBMs will also be used to create nearly 3km of twin-bore tunnels between Stepney Green and Pudding Mill Lane.

Each TBM is like an underground factory and as they move forward, precast concrete segments are assembled into rings which line the tunnel behind the TBMs. The excavated material is carried out on conveyer belts emerging at portals or shafts. Construction of the concrete segment factory for the western running tunnels between Royal Oak and Farringdon is now complete at Old Oak Common. The plant has begun manufacturing the 75,000 segments that will be required for the western tunnels.