Major railway upgrades between Manchester and Stalybridge will continue as part of the multi-billion-pound Transpennine Route Upgrade. 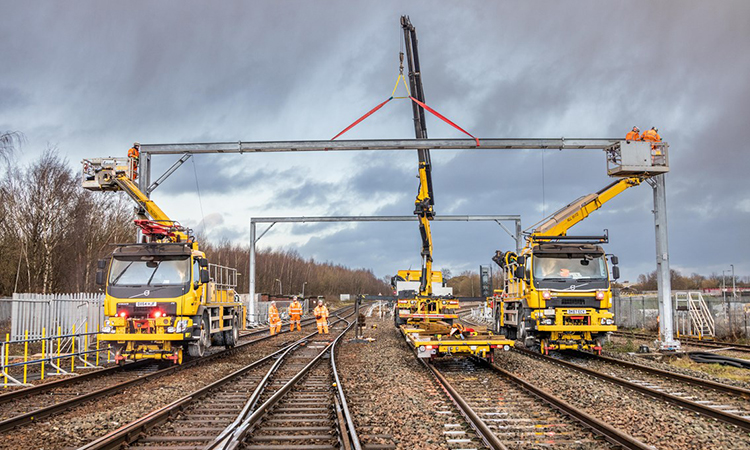 Network Rail is continuing with major railway upgrades between Manchester and Stalybridge this month. These upgrades will all be part of the Transpennine Route Upgrade which will see the line fully electrified and bring faster, more frequent and reliable trains in the future.

Network Rail will install new trackside columns, which will eventually carry train-powering electric wires, renew one mile of track and upgrade the signalling equipment over the next few months. This is part of the Transpennine Route Upgrade, which will bring faster, more frequent trains between York and Manchester via Leeds and Huddersfield.

Two bridges in Ashton-under-Lyne – Southampton Street and Granville Street, will also be upgraded by Network Rail. Raising the height of both bridges will eventually allow electric wires to pass beneath them, making way for a cleaner, greener railway in the future.

“These major upgrades will continue to bring us another step closer to delivering a fully electrified, more modern railway for the future,” Hannah Lomas, Principal Programme Sponsor for Network Rail, said. “This work is part of the multi-billion-pound Transpennine Route Upgrade which will bring passengers more frequent, faster, greener trains.”

The Transpennine Route Upgrade (TRU) is a multi-billion pound, transformative, long-term railway infrastructure programme that will improve connectivity in the North. It aims to support economic growth in the North and deliver real benefits for passengers and communities along the pivotal rail artery.