Posted: 5 May 2022 | Elliot Robinson (Global Railway Review) | No comments yet

KiwiRail have announced the return of Peter Reidy to the role of CEO, nearly four years after he left the position to become CEO at Fletcher Construction. 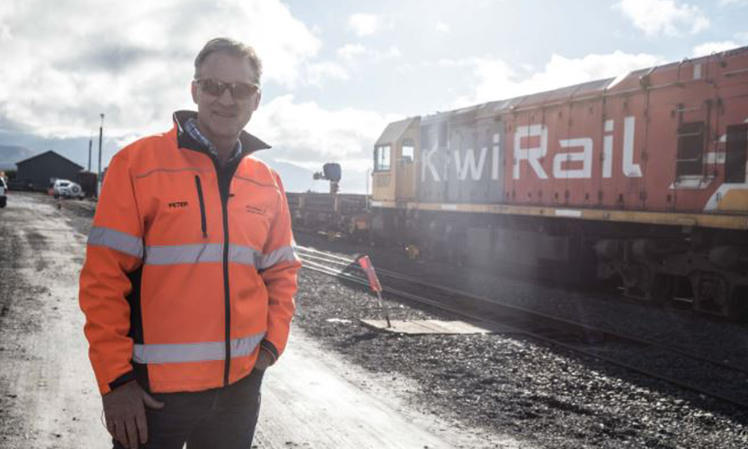 It has been announced that Peter Reidy will return to the role of Chief Executive Officer for KiwiRail to take the company forward after spending nearly four years as CEO at Fletcher Construction. Reidy originally served as CEO for KiwiRail between 2014 and 2018. The Government commitment to invest in the national rail network on an on-going basis has been a key reason for Reidy’s return to the role.

“I’m delighted that he will be returning to KiwiRail where his mana, experience and commercial acumen will be invaluable in leading KiwiRail’s transition to financial sustainability,” David McLean, Chairman of KiwiRail, said. “KiwiRail is busy delivering a vital programme of $8 billion of Government investment, redressing years of decline. Alongside a Government commitment to invest in the national rail network on an on-going basis, the company is pursuing a strategy which will see it run its ‘above rail’ freight and passenger operations and Interislander ferries in a commercially successful way. We require a leader who can hit the ground running for the benefit of our customers, our people and the New Zealand public, and the Board is confident that Peter Reidy is that leader.”

David Gordon and Helen Rogers will remain as Acting Group Chief Executive and Acting Deputy Chief Executive respectively whilst the start date for Peter Reidy is decided upon.

“Much has changed since I was last at the company, especially with the level of Government investment which is enabling the purchase of two new state-of-the-art Interislander ferries, new locomotives for the South Island and infrastructure projects that are enhancing the network across the country and especially in Auckland,” Peter Reidy, Chief Executive Officer for KiwiRail, said. “I am sure that what has not changed is the commitment of a dedicated KiwiRail team who want to deliver on the potential rail has to help New Zealand achieve greenhouse gas emission targets and take pressure off roads by shifting more freight and people on to rail.

The enormous infrastructure programme happening right now is exciting and my task will be to lead a diverse and inclusive KiwiRail team in delivering these projects, while meeting the needs of customers and seeking an enhanced financial performance for shareholders and all New Zealanders.”