The National Audit Office has published a report welcoming the reformed management of the rail franchising programme by the Department for Transport but highlights the emerging risk of achieving value for money. A report by the National Audit Office (NAO), looking at the Department for Transport’s (DfT) management of its rail franchising programme from 2013, […] 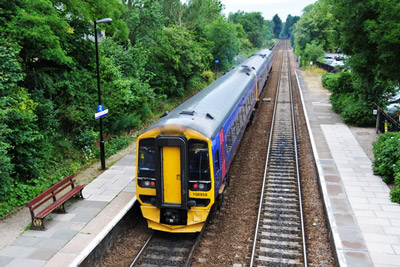 The National Audit Office has published a report welcoming the reformed management of the rail franchising programme by the Department for Transport but highlights the emerging risk of achieving value for money. A report by the National Audit Office (NAO), looking at the Department for Transport’s (DfT) management of its rail franchising programme from 2013, has found an overall improvement in the government’s franchising process, in which it is better placed to deliver value for money than it was in 2012, following the collapse of the InterCity West Coast Competition. However, the NAO believes there are emerging risks to achieving value for money as the rail franchising programme develops, with uncertainty, delays and cost increases on major infrastructure works; the risk of reduced competition; and potentially stretched bidder and departmental resources.

The NAO found that the Department, following the cancellation of the competition, has now largely addressed the recommendations in reports by the NAO, the Committee of Public Accounts, and Sam Laidlaw (a then Departmental Non-Executive Director). Those reports highlighted significant weaknesses in the Department’s management and oversight of the franchise competition. According to the NAO, The Department has taken steps to improve its capability and has strengthened its leadership. It is also taking steps to strengthen its franchise management capacity and capability.

The report continues, ‘the Department’s decision to let ‘direct awards’ to incumbent operators was a sensible temporary measure but it may have missed opportunities to maximise value for money in the early direct awards because the benchmark used was too low and not designed for the purpose. The Department has contained risks to value for money from these non-competed contracts by limiting the number and duration of direct awards, with most lasting between two and three years. On the Great Western franchise, however, it will not benefit from the potential higher returns resulting from competition for up to six and a half years longer than originally planned. The Department awarded two direct awards for Great Western. The second of these will last between three and a half and four and a half years, because it judged that the work to electrify the route, and the introduction of new trains would create too much uncertainty to carry out an effective competition.’

Commenting on the report, Amyas Morse, head of The National Audit Office, said: “Since the collapse of the West Coast Main Line franchise competition, the Department has improved its management of rail franchising. Results of early franchise competitions indicate that returns to taxpayers could be higher than in the past. However, important risks remain. There is considerable uncertainty and volatility around the rail infrastructure improvement programme. And there are risks to effective competition should market interest decline. The Department recognises these challenges and is taking steps to address them.”

A Spokesman for the Rail Delivery Group said: “The NAO’s report sets out how the Department for Transport has risen to the challenges of getting the franchising programme back on track.

“The Rail Delivery Group is working with the government to improve further how passenger services are delivered, building on the solid achievements of the last three years.  Providing services that meet the changing needs of passengers, taxpayers and wider stakeholders is key to building partnership between the railway and government.”

The NAO report highlights the challenges ahead for franchising with the scale and complexity of planned infrastructure work and the major decisions pending about the construction schedule for High Speed 2. NAO future concerns include: