Northern and TransPennine Express rail franchises have been officially confirmed by the Department for Transport, awarding contracts to Arriva Rail North and First Trans Pennine Express Ltd. On 09 December 2015, the Department of Transport announced its intention to award a 9-year contract to Arriva Rail North Ltd for the Northern franchise and a 7-year […] 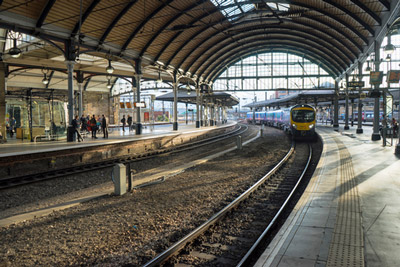 According to the Department of Transport ‘The deals provide an unprecedented package of improvements, bringing about the biggest transformation to rail journeys in the north of England and Scotland in decades.’

The operators will direct a £1.2 billion package of improvements to boost rail services with brand-new modern trains, more seats and services in order to deliver a modern, 21st century passenger experience. The contracts form part of Chancellor’s mission to establish a Northern Powerhouse that will rebalance the economy, create jobs and provide significantly better journeys across the region.

The franchises will be jointly managed from Leeds by the Department for Transport and Rail North Limited, representing 29 local authorities across the north.

Confirming the franchises, Transport Secretary Patrick McLoughlin said: “We promised passengers a world class rail service that would make the Northern Powerhouse a reality — and I’m delighted that we have found 2 operators that will deliver exactly that. As a one nation government we are committed to closing the economic gap between north and south. These deals, which have been confirmed today, and the joint management of the franchises, will bring the Northern Powerhouse to life.

“In 2004, the last time these contracts were awarded, the government did not plan for growth. With the signing of these contracts, Arriva Rail North Limited and First Trans Pennine Express Limited are on track to deliver their exciting, ambitious plans that will make a real difference to customers, and — coupled with our commitment to push ahead with electrifying the vital TransPennine route — will help the region realise its full economic potential, ensuring it has a modern 21st century transport system. This is fantastic news for the north.”

“This is another crucial move towards devolution for the north”

Sir Richard Leese, chair of the Association of Rail North Partner Authorities added: “Passengers were clear that they wanted to see a transformation including a lot more newer, better, trains running more regularly with a step change in services provided off-peak and on Sundays. They also wanted improvements to stations and changes to make ticketing easier — and thanks to all the partnership work by Rail North and the Department for Transport, that’s exactly what we are able to announce today.

“This is another crucial move towards devolution for the north. Rail North will now play a major role in the management and development of both new franchises, providing an excellent platform for further development and full devolution in the future. Rail North will work very closely with Transport for the North to drive forward economic growth by developing visionary proposals to deliver radically improved connectivity across the north.”

Further detail on planned improvements included in the Northern and TransPennine Express rail franchises can be found here.

Chris Burchell, Managing Director of Arriva’s UK Trains division, said: “We are proud to be given the opportunity to transform rail travel for passengers in the north of England and to work closely with our partners to connect towns, cities and communities like never before.

“We will be investing more than £1 billion to deliver a step-change in quality for customers and dramatically improving services, stations, information and ticketing. Our aim is to be the communities’ local railway and to leave a positive lasting legacy for the north of England.”

Tim O’Toole, chief executive of FirstGroup, said: “Our new TransPennine Express franchise will deliver faster and more frequent intercity train services between the north’s major towns and cities and we are excited to help the government achieve its vision for a Northern Powerhouse. Our plans include investment in new and refurbished trains on every part of the network, with millions more seats available, free Wi-Fi and simpler smart and mobile ticketing, allowing us to build on the success we have had over the past 11 years, in which we have more than doubled passenger journeys on the network.

“We will work with local authorities, customers and community groups to give them a real stake in the future of their intercity rail travel. The new TransPennine Express will connect the north and keep people moving and communities prospering across the region.”