Alstom to supply of 28 Coradia Lint regional trains to Transdev

Operator Transdev GmbH (TD) has awarded a €115 million contract to Alstom for the supply of 28 Coradia Lint regional trains for Augsburg. 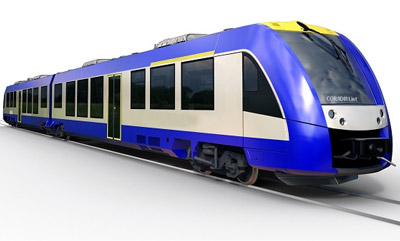 Operator Transdev GmbH (TD) has awarded a €115 million contract to Alstom for the supply of 28 Coradia Lint regional trains for Augsburg. Alstom has been awarded a contract worth over €115 million to supply 28 diesel Coradia Lint (Nineteen Coradia Lint 41, four Coradia Lint 54 and five Coradia Lint 81) trains for operation on the Augsburg diesel network 1 in Germany. Transdev GmbH, Germany’s biggest private operator of busses and trains, has been awarded recently by the free state of Bavaria a contract to run the Augsburg-Landsberg, Augsburg-Füssen and Munich-Füssen network. The new vehicles are due to enter service for the the Transdev-subsidiary Bayerische Regiobahn GmbH from December 2018 onwards.

Didier Pfleger, Alstom Vice President Germany & Austria, said: “We are pleased that our long-term customer Transdev has chosen us again. There already is a large number of our trains running in the Augsburg diesel network 2. The positive feedback shows us that the comfort in our trains is very well appreciated by the passengers.”

The regional trains, which are to be built at Alstom’s site in Salzgitter, Germany, can each transport between 225 and 485 passengers and can run at a maximum service speed of up to 140 km/h.  The high flexibility on the configuration of the fleet allows for optimum use for the operator.

The new vehicles will provide barrier-free access for a quick passenger flow, spacious multi-purpose areas for wheelchairs, bicycles and prams and a large number of luggage racks. Facilities also include a 1st class area, passenger information system and video monitoring for passenger and staff safety.