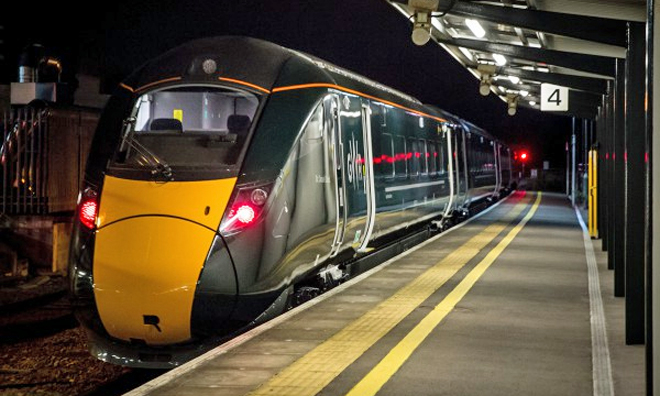 In a written statement to Parliament, Rail Minister Paul Maynard MP confirmed that four electrification projects part of the programme of work along the Great Western route are to be deferred. The move follows re-planning of work as a consequence of the publication of a review into Network Rail’s delivery plan by Sir Peter Hendy.

In the statement Mr Maynard said, “As a result of this scrutiny from the Hendy review I have decided to defer 4 electrification projects that are part of the programme of work along the Great Western route.”

The Minister believes benefits can be achieved through “newer trains with more capacity – without requiring costly and disruptive electrification works.” As a consequence savings of between £146 million to £165 million are now available during this spending period. According to the Rail Minister, investments will be focused on improvements that will deliver additional benefits to passengers.

“We remain committed to modernising the Great Western mainline and ensuring that passenger benefits are achieved,” said Mr Maynard.

Responding to the announcement, Stephen Joseph, Chief Executive of Campaign for Better Transport, said: “We are very disappointed by this announcement. In uncertain times for the economy we need investment in infrastructure and delays or cancellations are not helpful. It’s not fair to tell passengers to expect big improvements in services and then at the last minute decide you’re not going to deliver them. The Government should set out how and when services on the lines affected are now going to be improved to cope with growing demand. More generally, passengers need reassurance from the Government and Network Rail that there are no more skeletons in the closet and that budgeting is genuinely now under control.”

“Everyone who uses the railway will benefit hugely from the step-change in new trains on the Great Western Main Line from next year, part of the wider Railway Upgrade Plan of over £50bn. Across Britain, over 5,500 new carriages will be introduced between now and 2021 in deals worth at least £11.6bn – the largest sustained investment in new trains for over 50 years.”

“While some parts of the Great Western Electrification Programme have been deferred to a later date, rail companies continue to work hard to deliver the high-performing railway that Britain deserves as decades of under-investment are reversed.”