Phil Verster steps down as managing director of ScotRail Alliance 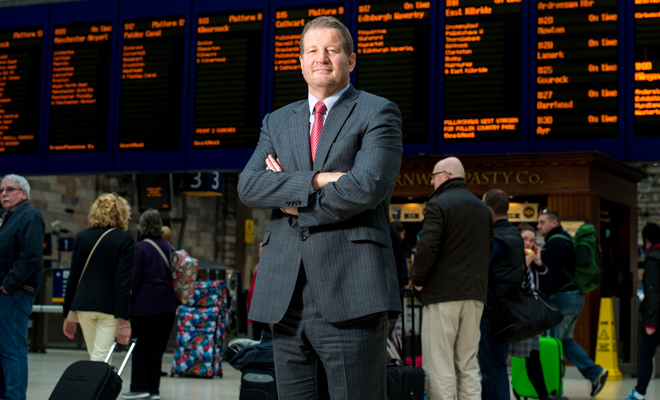 Phil Verster will take up the role of managing director of the East West rail project which was announced by Transport Secretary Chris Grayling last month. The strategic rail link will connect East Anglia with Central, Southern and Western England and will be England’s first new integrated rail operation in decades that is separate to Network Rail. Mr Phil Verster will report to East West rail project chair Rob Brighouse.

Mark Carne, chief executive of Network Rail said: “Phil has done a great job setting up the ScotRail Alliance and overseeing the delivery of one of the largest programmes of rail modernisation in Scotland since Victorian times. I am delighted that a leader of Phil’s calibre will be heading up the new East West rail project, recently announced by the Secretary of State. “

Phil Verster, who joined ScotRail Alliance in 2015 and was previously Network Rail managing director for London North East and deputy chief executive officer at Irish Rail, will take up his new post in the spring.

According to Network Rail, a Mr Verster’s successor has been agreed and will be announced in the coming days.

Commenting on his new role, Phil Verster said: “Over the last two years I have worked with my team to launch the ScotRail Alliance, delivering hundreds of commitments and laying the ground for the exciting new train fleets that will start to arrive later this year. The opportunity to build on these same principles with the creation of a new business such as East West Rail is great for me and my family, and I wish the ScotRail Alliance team all the best for the future.”

Dominic Booth, managing director, Abellio UK said: “Phil has played a key role in helping us create the ScotRail Alliance, the first time an operating company has come together in such a deep alliance with Network Rail to deliver the very best for our customers. We are currently investing in a fleet of 70 new trains, which will transform the rail travel experience of our customers.”