The Australasian Railway Association (ARA) has welcomed the Victorian Liberal Nationals’ commitment of $1.5 million towards a feasibility study to assess options for a rail link to connect Webb Dock with the freight rail network. 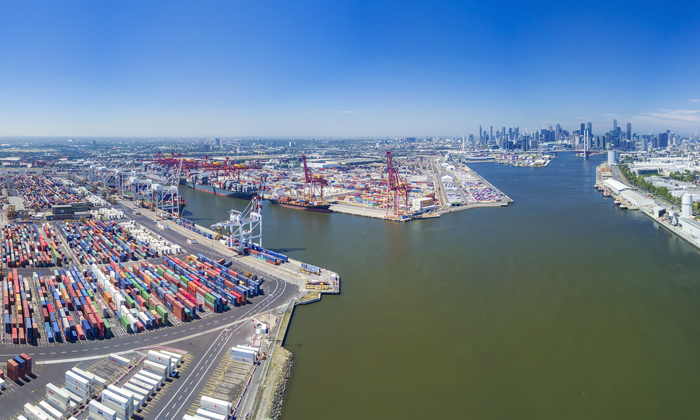 Improving port connectivity has been a key focus of the ARA’s submission to the Victorian Government’s Freight Plan discussion paper.

Port of Melbourne is a central node in the Victorian Supply Chain, handling 2.5 million containers annually.

“The ARA is strongly supportive of expanding rail capacity at the Port of Melbourne, and providing rail infrastructure, both on and off-dock, to move freight between ports and intermodal terminals,” said Bob Herbert AM, Chairman, Australasian Railway Association (ARA).

“Efficient freight rail to the Port, including to Webb Dock, will help to reduce congestion, improve safety and urban amenity. Congestion is the dominant challenge in our cities and infrastructure networks, particularly Melbourne.”

Growing congestion threatens to cost Australians $53 billion by 2031 as the population increases to 30.5 million. Demand on many key urban road and rail corridors is projected to significantly exceed current capacity by 2031.

“Getting more freight onto rail in our cities is critical to addressing this growing issue,” says Herbert.

“In our recently released Value of Rail Report prepared by Deloitte Access Economics, we know that one freight train is estimated to get 110 trucks off the road, and emits 16 times less carbon pollution per tonne kilometre than a heavy vehicle.

“The facts stack up and the ARA supports getting trucks off our regional roads through the extension of the successful Mode Shift Incentive Scheme,” Herbert concluded.