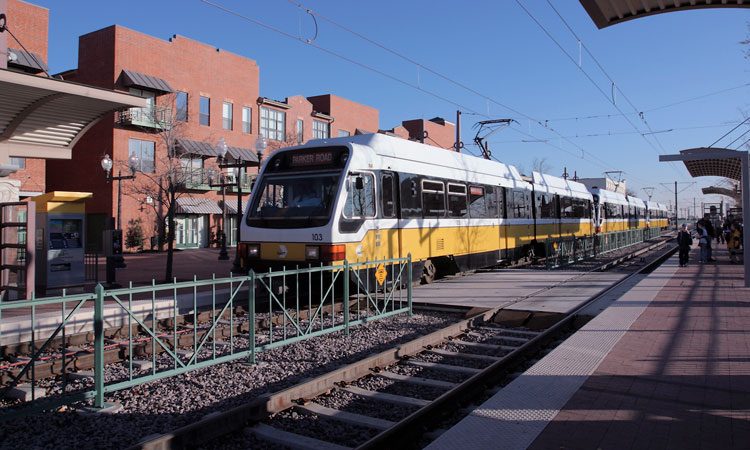 The federal investment will allow DART to accommodate more riders and longer trains.

The project will lengthen platforms at 28 stations along the existing Red and Blue light rail lines that currently can accommodate only two-car trains. When the project is complete, all stations on these lines will be able to accommodate three-car trains. The total project cost is $128.74 million.

“Commuters in Dallas can now look forward to longer trains and a better commute,” said FTA Acting Administrator K. Jane Williams. “We are proud to partner with the Texas Department of Transportation and DART to accommodate growing transit ridership and promote economic development as jobs and population in the Dallas area continue to increase.”

Williams joined Dallas officials at the Downtown Plano DART station on 27 June 2019 to announce the grant. The station, surrounded by homes, restaurants, retail establishments and a revitalised downtown, was chosen for the announcement as an example of value capture and public transit’s ability to create economic benefits in communities. The DART Red and Blue Line Platform Extensions project aims to strengthen and support existing and planned developments in Plano and elsewhere along the Red and Blue Lines.

Funding for the project is provided through FTA’s Capital Investment Grants (CIG) Program, which provides funding for major transit projects nationwide. Projects accepted into the program must go through a multi-year, multi-step process according to requirements in law to be eligible for consideration to receive program funds.

Since 20 January 2017, FTA has advanced funding for 23 new CIG projects throughout the nation totalling approximately $6.3 billion in funding commitments. With this FFGA signing, this Administration has executed 15 CIG funding agreements totalling more than $3.4 billion in CIG funding.