Darja Kocjan, Director of SŽ-Passenger Transport, and Peter Verlič, Director of the Institute of Traffic and Transport Ljubljana and Chairman of the SEESARI Initiative, explains how the Slovenian Railways Passenger Transport company is a step further to becoming a modern digital service public transport provider by switching to the new SEPA international reservation and ticketing platform. 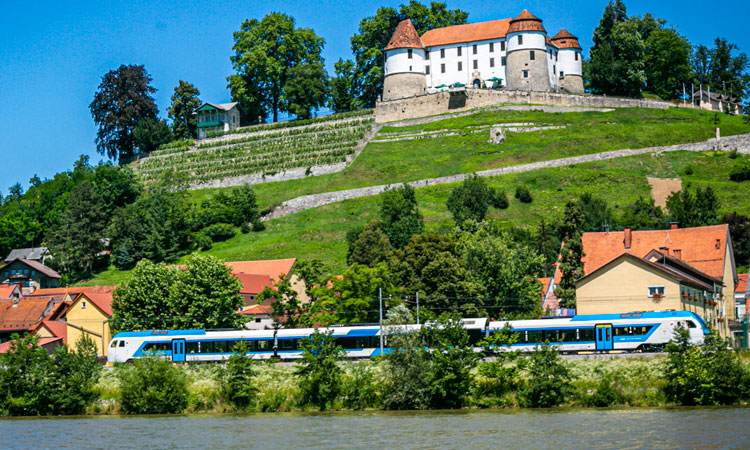 Travellers and rail passengers today are becoming more and more used to swiping, tapping, or being just one click away from reserving or buying the services we offer as a railway passenger operator. Increased digitalisation providing seamless travel in European public transport is, therefore, at the forefront of the efforts of successful railway undertakings.

Upgrading main transport systems components requires improvements and advanced digital solutions on several interconnected fields, with an international reservation and ticketing system being one of them.

The Slovenian Railways Passenger Transport company is firmly dedicated to digitalisation and providing continuous improvements to enable the highest possible levels of reliability and satisfaction for our passengers.

The Slovenian Railways Passenger Transport company is firmly dedicated to digitalisation and providing continuous improvements to enable the highest possible levels of reliability and satisfaction for our passengers. We have been doing so relentlessly with several successful projects, such as a nationwide integrated public transport ticket (IJPP), the extensive expansion of our online and mobile ticketing system, etc. Currently, we are undertaking a new project, implementing a new international reservation and ticketing platform known as SEPA, which comprises reservation, distribution and communication systems, allowing for even better international cooperation and securing further growth in the number of international passengers who are choosing Slovenia as their travel destination.

The current reservation system, EPA, is about to expire

Public transport providers must now, more than ever, understand the new reality, accept it and provide the most efficient ways of integrated transport on an international level.

Slovenian Railways are currently using the EPA (Elektronische Platzreservierungs Anlage) reservation system, developed and hosted by Deutsche Bahn (Germany’s railways). However, this system – used by 14 countries, including Germany, Austria and Slovenia – will cease its operation due to the implementation of DB’s new ticketing platform, Vendor. Although the planned introduction of this new system in 2021 has been postponed for a while now, no further development of EPA is foreseen. Additionally, there will be no support for some specific functions, and it is expected that the overall function of EPA will deteriorate over time. The countries using EPA will thus be forced to choose one of the alternative systems or develop new specifically-tailored solutions. An efficient new reservation and ticketing system is crucial for the operation for our company, since a substantial amount of income for the Slovenian Railways Passenger Unit in international ticketing is generated through the EPA. The current EPA system allows for the reservation of seats on Slovenian international trains and only a few of our local trains. By introducing the new system, we aim to improve this deficiency and tackle several other issues that the current reservation systems hold. 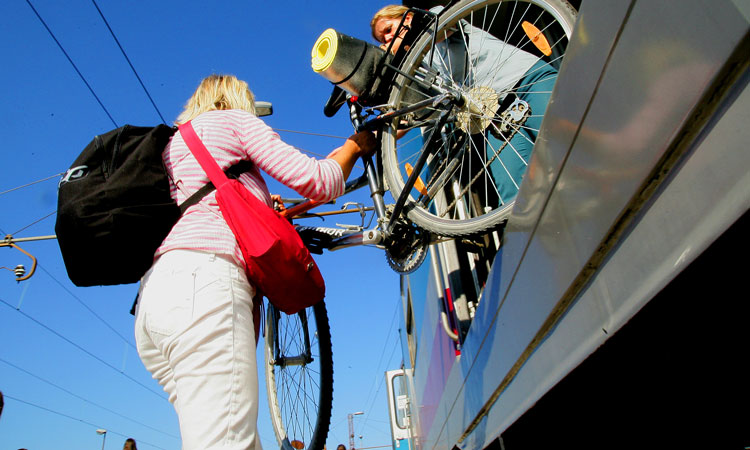 The SEPA reservation and ticketing system can also be used for selling several kinds of tickets on various modes of transport, thus efficiently integrating travel in Europe.

The SEPA platform is a cloud-based system and, therefore, utilises the most advanced infrastructure, which is scalable according to current needs, highly reliable and quickly recoverable. It is worth mentioning that SEPA is one of the first cloud systems to be connected to the HERMES network and the first in the field of passenger transport.

The SEPA platform is a cloud-based system and, therefore, utilises the most advanced infrastructure, which is scalable according to current needs, highly reliable and quickly recoverable.

The SEPA reservation system, as part of the SEPA platform, is connected to other reservation systems using brand new protocols, enabling the adding of personal data and the use of graphical user interfaces. It is also specifically designed to support internet sales. The SEPA platform is designed to be compatible with contemporary developments in the field of passenger transport, such as ETCD (electronic tickets), new PRIFIS (flexible price and tariff management) and FSM. The ability to interconnect directly to ticketing systems of other railways is also an important service which can be offered by SEPA. All of this creates a concept that integrates rail transport offers and allows users to purchase all offers from all carriers at one point of sale.

It is also worth mentioning that the SEPA platform is designed for use by more than one railway. Other railways can connect to it as equal partners and share benefits and expenses of SEPA operation. This is particularly suitable for smaller railways, but also beneficial for bigger ones.

Toward a fully integrated ‘multi-city’ ticketing and reservations system

SEPA is a new fully-functional platform for reservation and ticketing, developed as a solution of the SEESARI (South-East Europe Strategic Alliance for Rail Innovation) Initiative. The organisation, united under the motto ‘For an efficient future European rail system’, quickly established itself as a multi-national organisation, with 60+ members from 15 countries, and is supported by the UIC, CER, Shift2Rail JU and other important supranational railway organisations.

The SEPA platform which the SEESARI Initiative developed provides all the applications available through the competing systems while, at the same time, allowing numerous extensions. Thus, the system helps railway services providers gain even more value and generate more profit for companies. What is especially worth mentioning is that SEPA solves several issues that developers and users of the current systems have been struggling with for a long time, such as personal data protection requirements and GDPR legislative incorporation.

The new reservation system, as part of the SEPA platform – operational on Slovenian Railways from October 2020 – will enable mobile and web purchases and will be a fully integrated multi-city ticketing system. By creating a modern system, we simplify the use of public transport and increase the affordability of public passenger transport services in Slovenia. 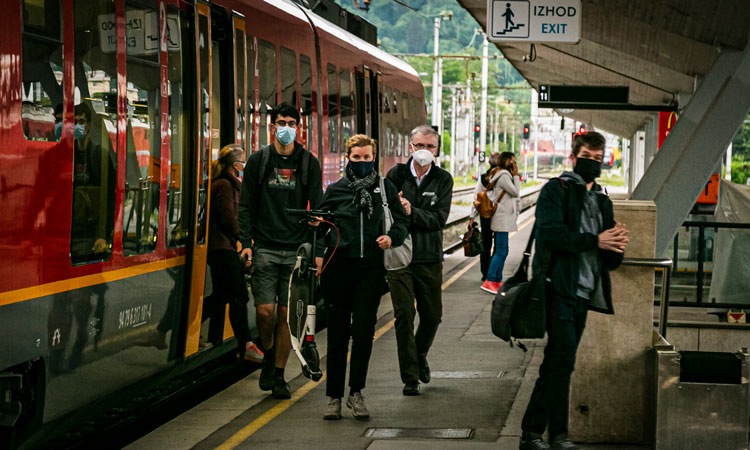 A platform visible to 800 million users

The SEPA reservation and ticketing system enables other railway service providers to offer rail tickets in Slovenia on international and local trains with the use of modern, reliable, digital solutions, thus increasing international travel and profits in this sector.

The SEPA reservation and ticketing system enables other railway service providers to offer rail tickets in Slovenia on international and local trains with the use of modern, reliable, digital solutions, thus increasing international travel and profits in this sector.

A platform such as SEPA, visible to 800 million users, can also be used for selling several kinds of tickets on various modes of transport, thus efficiently integrating travel in Europe. A passenger from Norway, for example, will be able to buy a ticket and reserve a comfortable seat for an evening train from the Slovenian capital city Ljubljana to the seaside, where they will then catch a ride with a shuttle bus directly from the train station to the centre of the city. All with just a few clicks. Effortless and simple. Even better, the system will allow the same for multi-city travel. For example, a scenic rail trip from Ljubljana to Istanbul, Turkey, crossing all country borders in an easy, user-friendly way.

An optimistic future for rail in the post-lockdown world

Travel in the modern era, where the large majority of transactions are becoming seamless parts of a one-stop-shop system and where passengers envision the use of public transport without hassle in the most eco-friendly way, we believe that railways – in cooperation with other modes of travel – can provide the best mobility solutions.

In Slovenia, we are relentlessly pushing forward in the fields of digitalisation, increasing customer satisfaction and rolling stock renewal, as well as undertaking other projects which we believe will secure a prime position for rail in the future public transport arena. Even though the COVID-19 pandemic has changed our lives and has had an impact on our operation and passengers’ priorities, we firmly believe that, by implementing ambitious goals, we will increase our reliability, provide more value and continue to increase passenger flow in the post-lockdown world.

Darja Kocjan is the Director of SŽ-Potniški promet, the Slovenian Railways Passenger Transport company. She holds a Master of Science degree from the University of Ljubljana, School of Economics and Business. She has been the Director of SŽ-Potniški promet in charge of implementing its ambitious development plan since May 2019. Among other roles Darja leads the challenging digitalisation and modernisation efforts of the company. Under her management, a massive modernisation of rolling stock of historical value for the Slovenian Railways was implemented. Prior to leading SŽ-Potniški promet she was the Director General of the Land Transport Directorate at the Ministry of Infrastructure. She is a successful manager with vast experience in several other top management positions.

Peter Verlič is the Director of Prometni institut Ljubljana, the Institute of Traffic and Transport Ljubljana. He is a Doctor of Science in the field of civil engineering from the University of Ljubljana, Faculty of Civil Engineering. For many years he has been excelling at work with several European institutions. Among others he was a member of the Technical Committee for Transport COST of Slovenia and an evaluator of European transport projects within the 6th Research Framework Program. He is a Chairman of the SEESARI (South East Europe Railway Development Initiative) and a habilitated assistant professor at the University of Ljubljana.

Russian Railways is prepared for the return of international traffic