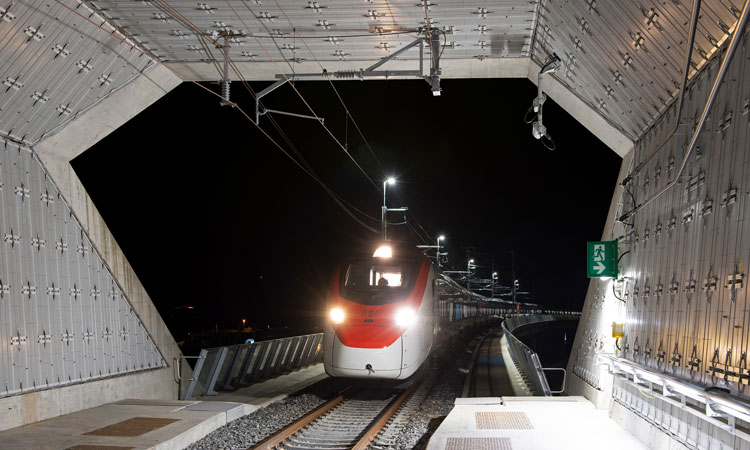 Since the Gotthard railway line first went into operation, Monte Ceneri has been an obstacle on its route to the south. In the few kilometres between the railway stations at Giubiasco in the north and Rivera-Bironico in the south, and at a gradient of up to 26‰, trains overcome an altitude difference of almost 250m. With the construction of the Ceneri Base Tunnel, this hurdle is removed – and the flat route through the Alps continues to Vezia, just before Lugano.

From vision to project

Also, with the Ceneri Base Tunnel, the journey from vision to implementation was long and strewn with obstacles. In itself, construction of a base tunnel under the Ceneri was always an integral component of the NRLA concept. While construction of the Gotthard Base Tunnel could begin in 1999, whether the Ceneri Base Tunnel would also ever be implemented remained uncertain for a long time. This was because, since the time when fundamental decisions were taken in the 1990s, the financial environment had deteriorated to such an extent that several major railway projects had to be redimensioned or divided into phases. One of these was the Ceneri Base Tunnel, and what followed was a years-long debate concerning the way forward for the southern part of the Gotthard axis.

The decisive turning-point in favour of the Ceneri Base Tunnel only came after the establishment of a new financing model for the construction of public-transport infrastructure projects known as FinöV, which is now the Railway Infrastructure Fund (RIF). This comprehensive decision regarding transport policy was approved by Swiss voters on 29 November 1998. It also secured the financing of the Ceneri Base Tunnel.

Originally, a twin-track tunnel was foreseen for the Ceneri. However, safety considerations and new standards at the European level caused the project to be revised several times and – similar to the Gotthard Base Tunnel – extended to two single‑track tubes.

On 22 June 2005, the Swiss Federal Council decided definitively to construct the entire Ceneri Base Tunnel and not to proceed in phases. In the spring of 2006, preparatory work began at Sigirino and Camorino. The foundation stone was officially laid on 2 June 2006 at Camorino by the transport minister at that time, Federal Councillor Moritz Leuenberger.

Like the Gotthard Base Tunnel, the Ceneri Base Tunnel also consists of two single-track tubes, approximately 40m apart, which are linked to each other by a total of 48 cross-passages. Because of the tunnel’s shorter length, no track crossovers or multifunction stations are needed.
Except for the access adit at Sigirino, the Ceneri Base Tunnel was excavated entirely by drilling and blasting. Most of the driving was performed simultaneously in both directions from the intermediate heading at Sigirino. To optimise time and costs, inward drives were also excavated from the portals at Vigana and Vezia. Near the portals, only protective construction methods could be used, as work in these areas was particularly challenging due to the shallow depth below the ground surface.

Driving to the south progressed faster than originally forecasted. In the west tube, breakthrough to the inward drive from Vezia took place on 17 March 2015 – around 13 months ahead of the construction schedule! A decisive contribution to this achievement was the carefully planned and executed blasting in the southernmost zone, in close proximity to residential buildings and roads. In this area, the quantity of explosive used was reduced to a minimum by using sector detonations. This allowed the shockwaves from the blast to be kept under control. The second breakthrough to the south, in the east tube, took place on 30 March 2015, which was also much earlier than planned. As a result, there was a real lead of 14 months ahead of the construction schedule. 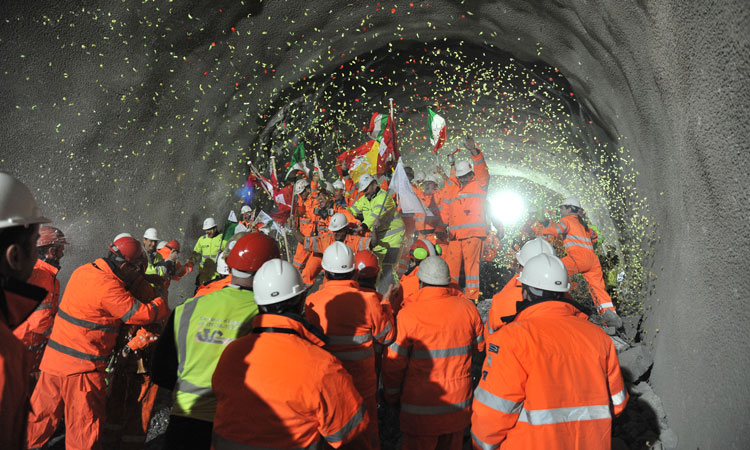 In the northward drive, the miners encountered more difficulties with the rock. Therefore, AlpTransit Gotthard Ltd contracted acceleration measures with the consortium of the main lot. On 21 January 2016, the miners and many invited guests could celebrate the final breakthrough of the Ceneri Base Tunnel in the west tube. This took place with great accuracy: the vertical deviation was 2cm, the horizontal 1cm. Shortly after, the miners excavated the last metres of rock in the east tube.

Construction of the Ceneri Base Tunnel produced a total of around 7.9 million tonnes of excavated material. Around one quarter of this amount could be recycled – for instance, for manufacturing shotcrete and other concrete for use inside the tunnel. The remainder was transported by belt‑conveyor away from the tunnel construction sites through the access adit to the permanent spoil deposit at the foot of Monte Ferrino.

In a construction project of this kind, the permanent lining of the tunnel tubes (invert, vault and kickers) also had to be seamlessly coordinated. Between 300 and 500m behind the driving face, the lining process was executed in 12-metre blocks. In each block, work began with the invert. This was followed by the so-called kicker areas, with the drainage packages on both sides, and then the sealing and concreting of the tunnel vault. The lining work was completed with construction of the benches.

Following the completion of the driving and lining of the Ceneri Base Tunnel, work began on installation in the concrete shell of the mechanical, electrical and ventilation systems, without which the tunnel cannot be operated.

In order to simplify spare-parts management, as well as the acceptance processes, wherever possible, the same components were used for the tunnel infrastructure systems in the Ceneri Base Tunnel as were used in the Gotthard Base Tunnel. This particularly applied to the doors, the ventilation systems and the technical floors in the 48 cross‑passages.

Connecting sections in the north and south

Finally, the new tunnel also had to be connected with the existing railway network. Various structures were built at the Camorino hub, including a new, four-track railway bridge over the A2 motorway and two single-track railway viaducts over the four‑lane cantonal road. At the request of the canton of Ticino, and as part of the Ticino rapid‑transport concept, the ‘Locarno-Lugano Bretella’ was implemented. This branch-off shortcut reduces the journey time between Locarno and Lugano from today’s 55 minutes to 30 minutes. From the south portal of the Ceneri Base Tunnel at Vezia, a 200m-long overground section connects to the existing SFR railway line.

On completion of the installation and successful sub-testing of all components and installations, commissioning properly began along the entire length of the tunnel in autumn 2019. Within the framework of a so-called ‘overall integration test’, the interplay of all components and subsystems, as well as their integration into the overarching control systems and their connection to the rest of the Swiss Federal Railways network, were systematically tested and verified. In numerous test runs, the interplay of all tunnel components and systems was exhaustively tested. On 29 April 2020, the incremental speed tests began. For this purpose, the specially-equipped ICE-S high-speed measurement train was hired from Germany. In the incremental speed tests, the travel velocity was successively increased. The first travel at 275km/h – the highest speed to be tested in the Ceneri Base Tunnel – was successfully completed during the night of 30 April to 1 May 2020. Up to the end of August 2020, more than 2,000 test runs – with a total travel distance of almost 40,000km – were completed.

In addition, in two ‘big tests’ at the end of June 2020, the interplay of all the systems and their operators were validated in various scenarios. In these tests, up to six commercial trains, as well as the two SFR firefighting and rescue trains from Biasca and Melide, were deployed. The tests included the evacuation of a train experiencing an incident and the rescue of the passengers from the tunnel. Both tests were successful. The Federal Office of Transport stipulations of on‑site intervention within 45 minutes and evacuation of passengers from the tunnel into safety within 90 minutes were fulfilled.

On 4 September 2020, the President of the Swiss Federal Council, Simonetta Sommaruga, officially opened the Ceneri Base Tunnel. This marked the completion of the NRLA, which was decided in 1992. With the project of the century, Switzerland strengthens its transfer policy and protection of the Alps. Thanks to the NRLA – the heart of the key European goods-train corridor from Rotterdam to Genoa – more goods can be transported by rail instead of by road. For passenger traffic, it brings more frequent connections between north and south and, thanks to the Ceneri, the Ticino receives an efficient and attractive rapid-transport system: Journey times between the three cities of Lugano, Locarno and Bellinzona are halved.

Since mid-2017, Dieter Schwank (Master of Law, Licensed Attorney) has been CEO of AlpTransit Gotthard Ltd – the constructor of the two base tunnels under the Gotthard and Ceneri. He is also Head of ATG Legal Services, for which he already became responsible on joining the company in 2009. After completion of his studies in jurisprudence at the University of Basel and the award of his attorney’s licence, from 1989 to 1992, Dieter was employed in the Central Legal Services at the Sulzer Group in Winterthur. From 1993 to 1998, he worked as a legal counsel of Sulzer International. From 1998 to 2009, Dieter was Head of Legal Services at Steiner Group in Zurich. In 2005/2006, he completed the employment-concurrent postgraduate Executive MBA HSG (General Management) programme of the University of St Gallen. 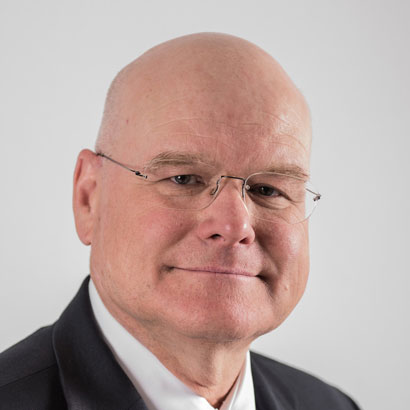