Logistics is the future of PKP CARGO

Like many other organisations, the PKP CARGO Group has felt the effects of the coronavirus pandemic. However, as the largest railway freight carrier in Poland and second largest in the European Union (EU), PKP CARGO is continuing to deliver on its business strategy. Here, Czesław Warsewicz, President of the Management Board, explains more about the logistics operator’s ambition. 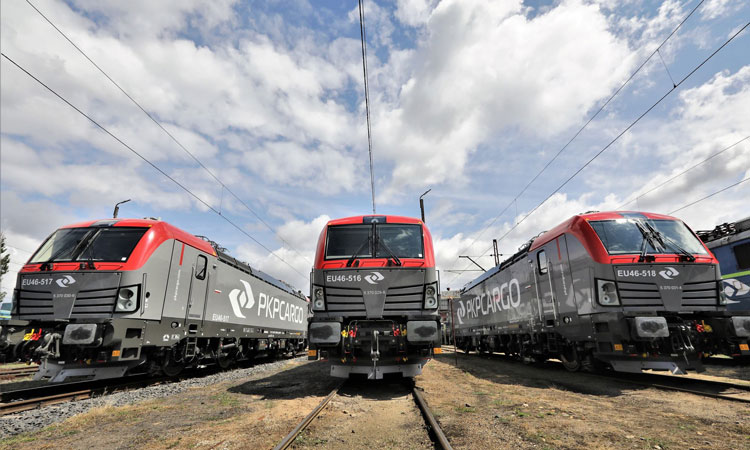 COVID-19 has made its mark on the activity of PKP CARGO, especially in the first half of 2020, when a lockdown was declared in many European countries. It has caused thousands of businesses to close and production to stop, which caused a considerable reduction in demand for rail freight. The situation began to improve in the second half of the year, but the rail freight market still needs time to return to pre-pandemic volumes.

With the pandemic defining the situation in the transport sector, rail freight companies across Europe had to deal with unprecedented challenges. PKP CARGO has done everything to come out of the crisis unscathed. After the difficult first half of the year, rail traffic improved in the second half, and we want this trend to continue.

In spite of the unfavourable business environment, PKP CARGO continued its strategic activities to build the future and ensure the growth of the entire Group. The company’s efforts were focused mainly on developing the offering for clients in the intermodal (container) transport segment. That proved to be an effective policy, because, while the transport of bulk commodities – such as coal, metal ores, steel products and aggregate for construction – decreased in 2020 due to the lockdown, the PKP CARGO Group managed to increase intermodal transport by nearly six per cent compared to 2019 in terms of freight turnover.

We have managed to achieve this, amongst other things, by expanding the connection network and developing the offering of operator trains servicing the most important connections in Poland and in international traffic. PKP CARGO’s intermodal transport services are becoming increasingly popular with clients, because, in addition to efficient and fast door-to-door freight transport, they also offer a range of other logistical services, such as trans-shipment, storage, customs handling and insurance of goods. The Group also continues its service quality improvement processes, among others, by employing modern technologies and digitising logistics processes.

As one of the largest rail freight carriers in the European Union (EU), we are committed to the goal of becoming a leading logistics operator on international trade routes…

Even when the COVID-19 pandemic was at its most difficult time, PKP CARGO continued to follow the development path envisaged in the Group’s strategy, which was announced in 2018. As one of the largest rail freight carriers in the European Union (EU), we are committed to the goal of becoming a leading logistics operator on international trade routes: North-South (connecting the countries of the Three Seas Initiative between the Baltic, the Adriatic and the Black Sea) and the New Silk Road. 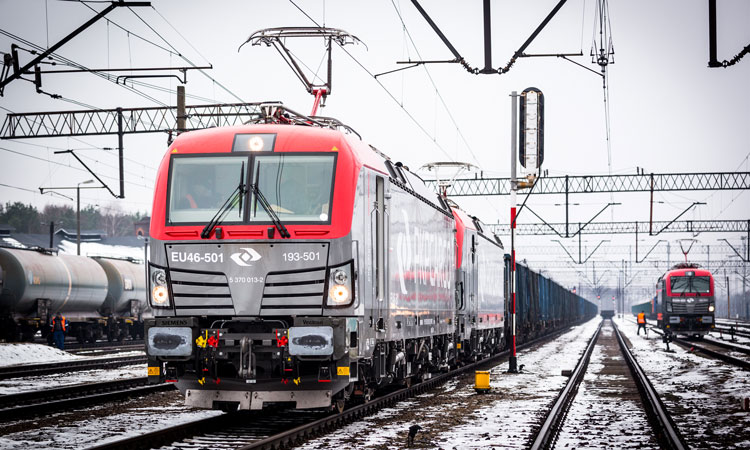 The company has also been preparing for Poland’s energy transformation for a long time. Even before the EU imposed strict energy policy rules, and before the decision to phase out the coal-fired power sector in Poland and close coal mines was made, PKP CARGO was getting ready for that course of events and the gradual, but consistent, decline in coal transport. This is why the Group decided to pursue the broadest possible range of opportunities in the intermodal sector to replace dwindling coal transportation. This strategy is paying off: only a few years ago, intermodal transport represented just five per cent of PKP CARGO’s freight turnover, rising to about 20 per cent at present.

The PKP CARGO Group is growing its operating capacity by investing in modern rolling stock, such as container platforms and locomotives, including multi-system vehicles…

China’s One Belt One Road initiative has contributed to the dynamic development of rail connections between China and the EU; according to forecasts, freight on this route will continue to grow in the coming years. However, the Three Seas Initiative area is even more important for PKP CARGO, since more than 95 per cent of cargo exchange between Europe and other continents flows through seaports. Taking Polish ports as an example, the coming years will see large investments in the expansion of conventional and container terminals, which will cause a significant increase in trans-shipment. At the same time, investments are also being made to connect the railway network more firmly to ports, which will open up the opportunity for PKP CARGO to acquire additional streams of cargo in the coming years.

The PKP CARGO Group is growing its operating capacity by investing in modern rolling stock, such as container platforms and locomotives, including multi-system vehicles, which will help the Group to expand its international connections network. By the end of 2022 alone, the company will have added nearly 1,200 wagons and 40 locomotives. Modern rolling stock, in addition to the large connection network and improved service quality, will be PKP CARGO’s advantage, as it competes not only with other rail carriers, but also with road transport operators. These directions are aligned with the objectives of the EU transport policy to move more freight from road to rail. 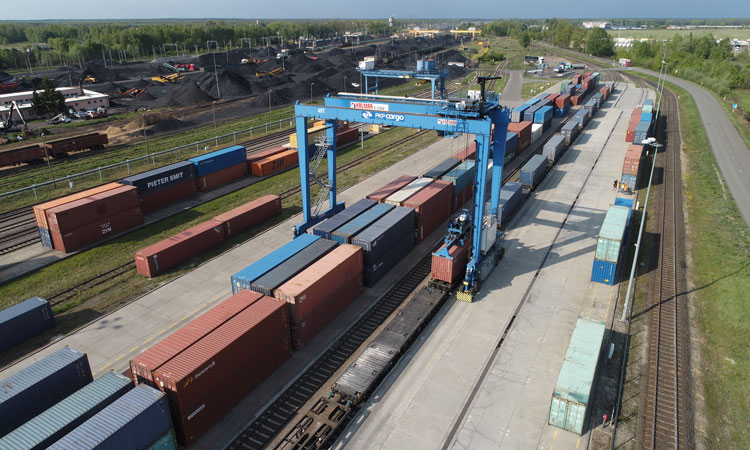 PKP CARGO is to build a Logistics Park in Małaszewicze, on the border of Poland and Belarus, worth approximately €700 million.

PKP CARGO wants Poland to take advantage of its favourable geographical location and become a logistics hub for Europe. At present, about 70 per cent of international cargo is transported through Poland in transit, but only 30 per cent is handled in Poland. The company wants to reverse this proportion, but that will require considerable investments in terminal infrastructure. The PKP CARGO Group is active in this field, as well, and reports its intentions to be involved in the construction of the Central Multimodal Terminal in Zduńska Wola, near Łódź. This is a location in the centre of Poland, at the intersection of the North-South and East-West trade routes, where a modern trans-shipment hub will be built that is capable of competing for clients and goods with hubs located in Germany, Holland or France.

PKP CARGO will also build a Logistics Park in Małaszewicze, on the border of Poland and Belarus. The investment, worth approximately €700 million, will be very important for the development of rail freight on the New Silk Road. Małaszewicze is already China’s gateway to the EU, through which approximately 90 per cent of rail freight passes in both directions; however, to maintain Małaszewicze’s key position, the throughput and handling capacity of the largest ‘dry port’ in the EU must be increased.

This clearly demonstrates that the PKP CARGO Group is facing great challenges, which are also excellent growth opportunities, and the company intends to take advantage of them.

Czesław Warsewicz is an economist by education. He graduated from the Management and Marketing Faculty of the Warsaw School of Economics (SGH). He participated in the first Polish edition of Advanced Management Program (AMP) organised by the IESE Business School in Barcelona. He is a specialist in transportation and management. Between 2006 and 2009, he served as the President of the PKP Intercity S.A. Management Board. In 2009 and 2013, he was a Department Director at Patentes TALGO. From 2015 to 2018, he was a member of the PKP CARGO S.A. Supervisory Board. In 2018, he was appointed the President of PKP CARGO S.A Management Board. 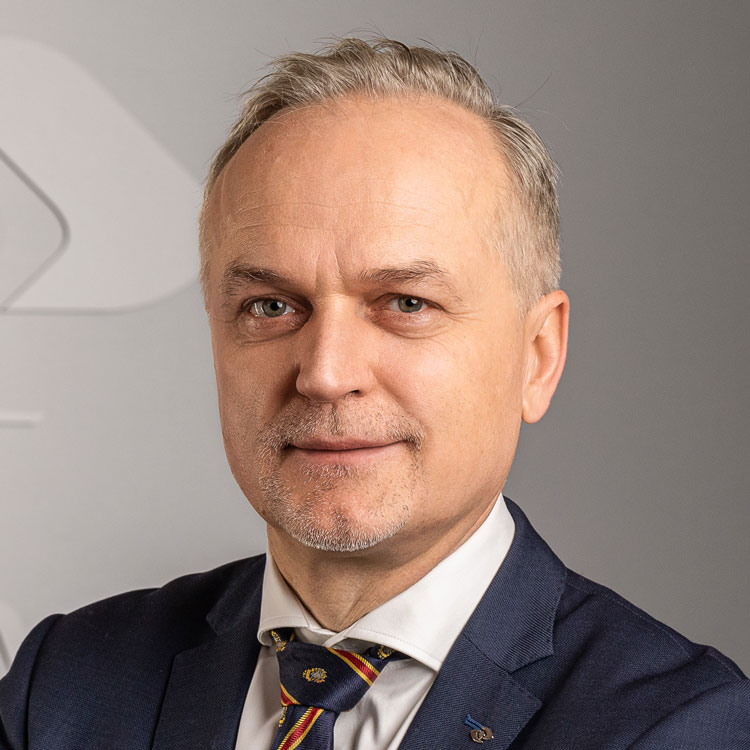