Revised rules will improve the safety of Canada’s railways

For Global Railway Review, the Director of Operations Management in Rail Safety at Transport Canada, Stephanie Lines, details the latest revised safety measures demanded in the ‘Rules Respecting Key Trains and Key Routes’ that are due to come into force in summer 2021 to further heighten the safety of rail in Canada. 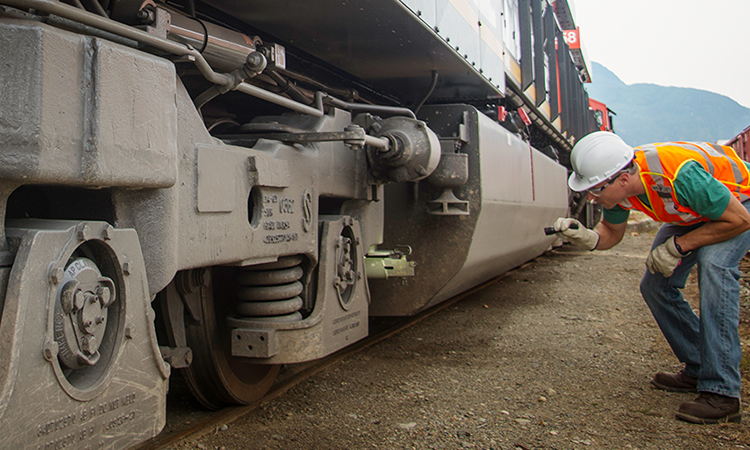 On 22 February 2021, revisions to the ‘Rules Respecting Key Trains and Key Routes’ included several changes which address risk factors for derailments caused by railway infrastructure. The revisions improve operational performance and update current railway practices by introducing new requirements that ensure an increased level of safety when the rail infrastructure is most vulnerable: during the winter season.

The revised rules introduce a ‘higher risk key train’, which is defined as a key train carrying crude oil or liquefied petroleum gases in a continuous block of 20 or more tank cars or 35 or more cars dispersed throughout the train.

Research and field experience has demonstrated that railway tracks are more prone to failure in the winter months due to material behaviour at a lower temperature. The purpose of the Winter Operation Risk Mitigation Plan is to ensure that companies take additional measures, specific to each subdivision where higher risk key trains operate, to manage the specific risks to the integrity of the rail during colder periods.

The revised rules require that the Winter Operation Risk Mitigation Plan must:

The revised rules impose further limits on operating speeds for key trains, which may not exceed 50mph when outside what Statistic Canada defines as a ‘census metropolitan area’ (CMA) and are limited to 35mph inside a CMA.

The speed restrictions for higher risk key train are based on:

With a Winter Operational Plan, higher risk key trains are limited to between 40 and 50mph outside a CMA, and to between 25 and 30mph inside a CMA, depending on ambient temperature and whether trains are operating on signalled or non-signalled track.

New procedures dealing with the safety of infrastructure on key routes

Likewise, railway companies that operate key routes will be required to develop a continuous welded rail (CWR) joint management plan to ensure the optimal condition of CWR joints. The plan, subject to professional engineer approval, must include a joint maintenance and inspection schedule. Under this new requirement, railways must also provide an annual report to Transport Canada that details the number and location of temporary joints in CWR.

Making changes to the ‘Rules Respecting Key Trains and Key Routes’ is an example of the many steps that Transport Canada continues to take to strengthen rail safety and to prevent derailment and accidents resulting from infrastructure failure. Transport Canada remains committed to safeguarding all of the Canadians who live and work along rail lines by putting in place the necessary measures to reduce the risk of accidents.