Bob Manzoline, Executive Director of the NLX Alliance, the organisation behind a proposed Minneapolis to Duluth intercity passenger rail service, explains how advocates of the project have been left befuddled at delays by the Minnesota Senate, despite there being billions of dollars available for rail projects, plus huge support of the benefits the new rail service will bring.

A slim majority of Minnesota state senators are attempting to stop the progress on the Northern Lights Express project (NLX), the proposed passenger rail service between Minneapolis and Duluth. Project advocates say that, while the Senate’s action is disappointing, the project is still very much in reach due to strong support in the Minnesota House and Governor’s office. Timing is crucial if millions of federal dollars are to be accessed. 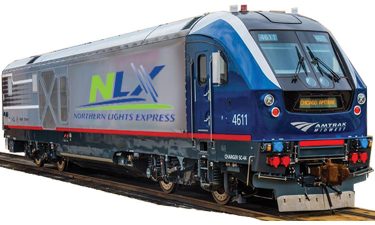 The Senate amendment, which passed 35 to 31 in early May 2022, prohibits state and regional agencies from spending money on the project.

The action comes on the heels of the Minnesota House of Representatives passing its Omnibus Transportation bill, 70-63. End of session negotiations in late May 2022 between the House, Senate and Governor’s Office will determine what happens next with the NLX project and if the state will be able to use the $85 million appropriated in the House bill to unlock up to $340 million in federal funds. That’s enough to have people riding the train within three to four years.

The federal funding is a game changer in this debate, which has been going on for years, according to Mayor Peter Spartz of Sandstone, which is located in the heart of the 152-mile-long corridor in a key Senate district.

“We have a once-in-a-lifetime opportunity with the new federal dollars in the Infrastructure Bill,” Mayor Spartz said. “Billions of dollars will be invested to connect communities and economies with rail across the country. If we let another state’s train project benefit from Minnesota’s federal tax dollars, I’ll be very disappointed. Those dollars should come back to Minnesota to help our veterans, our seniors, our business people, our students, and more.”

Mayor Spartz says public support has never been higher. Leading much of the community engagement since 2007 has been the NLX Alliance, formed with a coalition of county, city and tribal jurisdictions along the 152 miles of existing track. He notes that a 2022 survey of 2,365 people, commissioned by the NLX Alliance, shows 86 per cent of respondents support the use of state money to construct the NLX rail service.

The benefits of this project are many, beginning with the construction phase, where roughly 3,000 jobs will be created to extend stations in Minneapolis and Duluth and build stations in Coon Rapids, Cambridge, Hinckley, and Superior.

The benefits of this project are many, beginning with the construction phase, where roughly 3,000 jobs will be created to extend stations in Minneapolis and Duluth and build stations in Coon Rapids, Cambridge, Hinckley, and Superior. Additionally, new safety improvements at rail crossings will save lives. Track improvements will also help commerce by making freight movement more efficient.

The Minnesota Department of Transportation (MnDOT) conducted a cost-benefit analysis and found that every $1 invested in getting the NLX project up and running resulted in more than a dollar of value returned. That value includes a boost to the tourism industry of approximately $400 million over 40 years. Property values will also increase. Environmental sustainability benefits include emissions savings and CO2 reductions of $50 million over 40 years.

Amtrak is anticipated to be the operational partner in the service. Ray Lang, Amtrak’s Vice President of State-Supported Services is optimistic about the future: “Last year Amtrak unveiled an expansive vision for passenger rail growth, one that sees demonstrated potential connecting important city pairs with frequent, drive-time competitive train service, like Duluth to the Twin Cities. With $12 billion in federal funding for passenger rail development nationally in the recently enacted bipartisan Infrastructure law, and the potential to match up to 80 per cent of route development costs, the time to act to establish frequent train service between the Twin Ports and Twin Cities is now. Amtrak looks forward to continuing to work with Governor Walz, House and Senate leadership and members, to demonstrate NLX is a worthwhile investment in the economy and mobility of Minnesota citizens and visitors.”

Another Amtrak official in 2019 dubbed NLX one of the most shovel-ready projects in the United States.

NLX would be restoration of services. The route had Amtrak services for many years, but it was discontinued in the 1980s. Fast forward to today when the trip will be faster, more frequent, and equipped with Wi-Fi and the amenities needed to relax or be productive on the less than 2.5 hour ride between the Twin Cities and the Twin Ports. 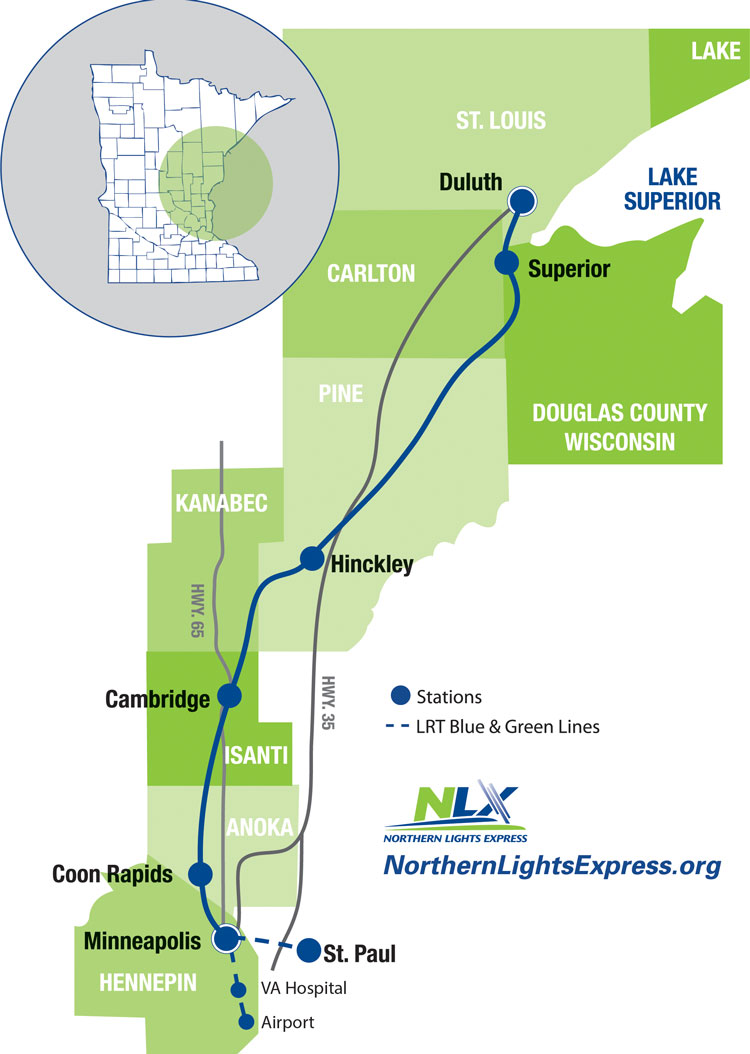 The $425 million budgeted for the project includes:

Thousands of people living, working or visiting the corridor have signed up as supporters of the project.

Thousands of people living, working or visiting the corridor have signed up as supporters of the project. Business community leaders from urban cores to suburbs to rural areas have submitted letters and opinion pieces in support of NLX as an economic tool. Labour groups are lending their voices to encourage the good-paying jobs the project will bring. Secondary schools in all parts of the corridor have said NLX can help recruit and retain students, faculty, and staff. Non-profits see the access NLX can provide for youth, seniors, veterans.

But, in Minnesota, as in other places around the globe, trains are political. What is a necessary project to many, is a wastlefulto others. Millions of available federal dollars are at stake. Both sides aim to be good stewards of public funds and the state’s future.

Mayor Spartz says with four round trips daily at top speeds of 90 mph, NLX advocates hope to give people more choices in where to live, work, attend school, and access needed services such as healthcare. Timing is key.

Watch the video below for more details on the project: 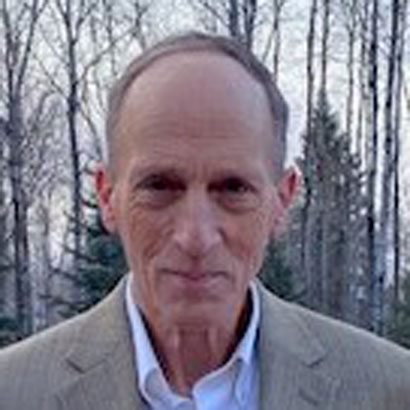