To celebrate the recent 28th anniversary of the Channel Tunnel, Global Railway Review’s Elliot Robinson looks at the tunnel infrastructure in more detail, the inner workings of the services, and highlights 15 of the tunnels’ most interesting facts. 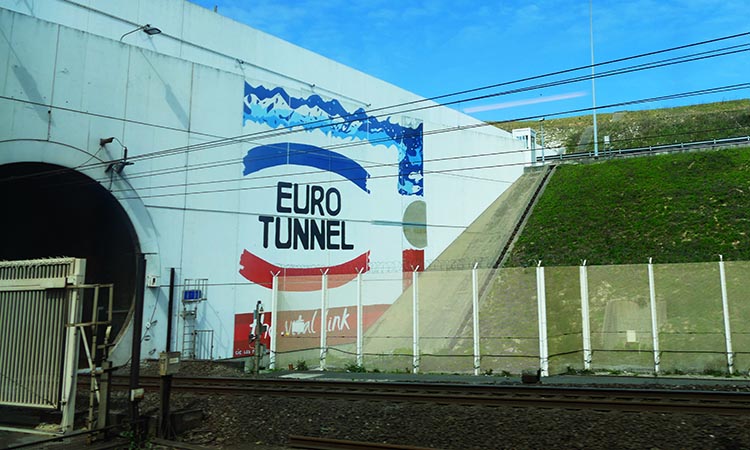 The Channel Tunnel has been a mainstay in cross-Channel transport for over 28 years. Since its formal opening by Queen Elizabeth II and President Mitterrand in May 1994, the undersea tunnel linking southern England and northern France has offered passenger vehicles (using Eurotunnel Le Shuttle services), trucks (using Eurotunnel Le Shuttle Freight services), Eurostar passengers and rail freight trains, fast travel across the Channel. From start to finish, the journey through the tunnel between Folkestone and Calais is approximately 35 minutes.

The Channel Tunnel is comprised of three tunnels: two rail tunnels, used for freight and passenger trains, and a service tunnel. 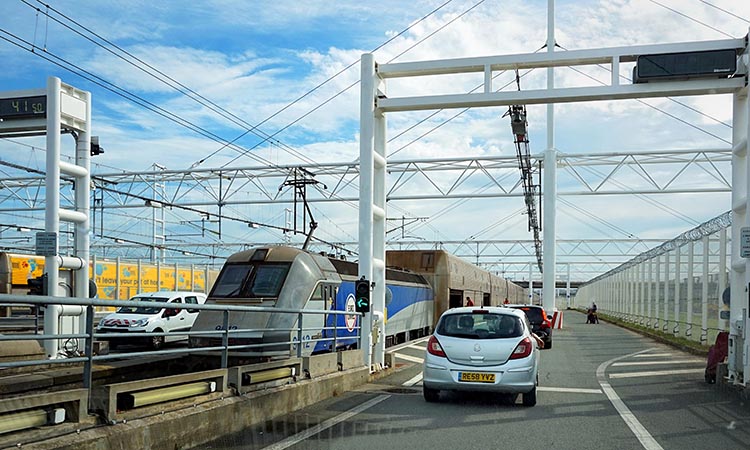 More than 80 million vehicles have boarded Le Shuttle since it opened in 1994.

The freight and passenger tunnels are 7.6m in diameter each and include single-tracks, overhead power lines (catenary), and two walkways (one for maintenance use and the other for use in an emergency evacuation). The two walkways also help keep the shuttle upright and in a straight line of travel in the event of a derailment. To ensure flexible operations, there are two crossover sections to enable trains to pass from one rail tunnel to the other; this is especially useful during periods of maintenance. Eurotunnel Shuttles, Eurostar and freight trains run on these tracks. Eurotunnel Shuttles primarily use the south tunnel when travelling from France to the UK, and the north tunnel when travelling from the UK to France. 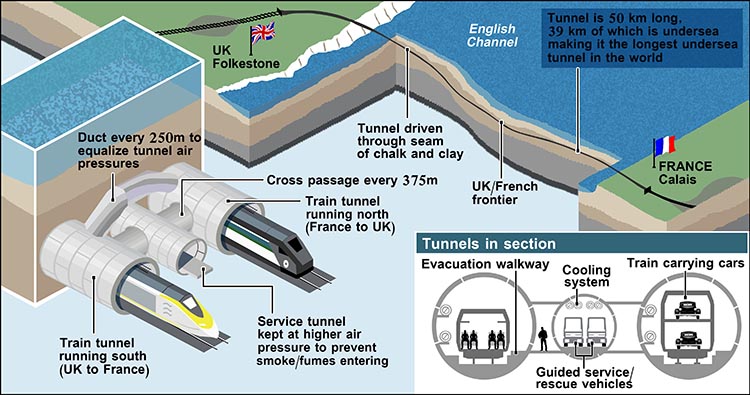 Two types of service vehicles are used in the service tunnel: unique wire guided STTS vehicles (service tunnel transport system), which feature two driving cabins at each end and a central module dedicated to either emergency services or maintenance, and electric and diesel-powered cars for maintenance purposes. Service vehicles must drive on the left when travelling in the service tunnel, and in case of incidents, rescue and emergency service teams can reach the scene of an incident in minimum time.

In each rail tunnel, the track has two continuously welded rails laid on precast concrete sleeper blocks embedded in the concrete track bed. Cooling pipes, fire mains, signalling equipment and cables are all fixed to the sides of the tunnels. The Channel Tunnel has more than 36,000 state-of-the-art systems installed across the three tunnels. For example, there are many different fire-protection systems used, including the four ‘safe’ stations in the rail tunnels, with detection systems installed at various points along the tunnels. 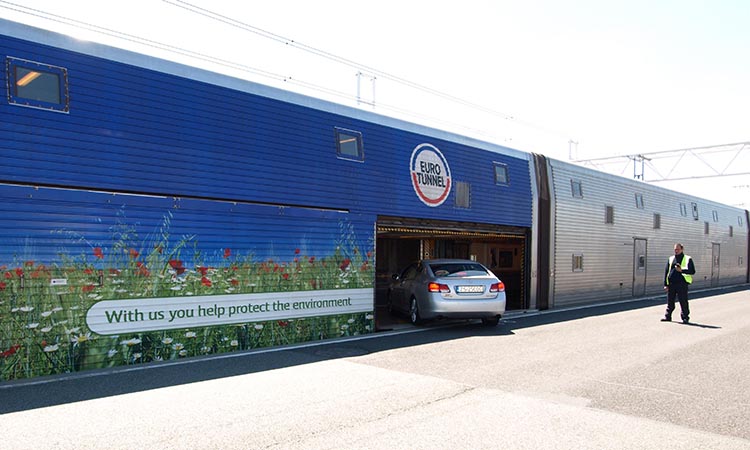 The overhead catenary infrastructure of the tunnels supplies traction power to the rolling stock. The catenary is divided into sections, so that maintenance work can be carried out in stages. Similarly, there are substations on each side of the Channel Tunnel that supply the electrical power for the tunnels, drainage pumps, lighting, and the trains. If there is any power loss from one side, the entire system can be supplied from the other side.

The entire Channel Tunnel transport system is controlled from Rail Control Centres (RCCs). There are two centres, one at each terminal, with each taking turns to take over control of the system. This system is split into two parts – the Rail Traffic Management (RTM), which controls the rail traffic system, and the Engineering Management System (EMS), which controls the fixed equipment including the ventilation, lighting, and power of the catenary. 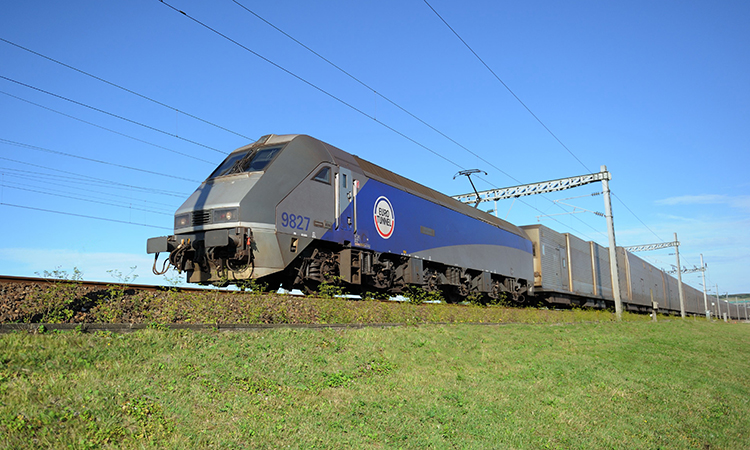 Although it was formally opened 28 years ago, the construction of the project began back in 1988 based on initial construction proposals from the mid-1970s. However, the earliest proposals for a Channel Tunnel structure can be traced all the way back to the early 19th century. With such a long history, Global Railway Review wanted to do something special to commemorate the anniversary of the tunnel’s formal opening. Below are 15 of the most interesting facts about this legendary tunnel: