With Industry 4.0 becoming an increasingly vital part of Norway’s railway industry, Sverre Kjenne, EVP of Operations and Technology at Bane NOR, explains how the digital railway will profoundly change the way people work and what elements the rail industry will gain from these changes. 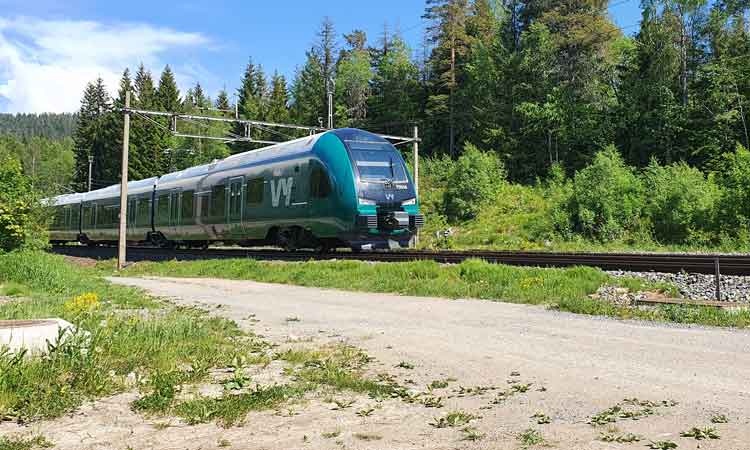 The digital railway was introduced in Norway some years ago with the aim to utilise modern technology from Industry 4.0 to improve operations. While Industry 3.0 was all about automating muscle power using robotics, Industry 4.0 aims to blur the lines between the physical and digital world using technology such as artificial intelligence (AI). In essence, Industry 4.0 is about automating brain power. The result is increased automation, improved communication, and the ability to analyse and diagnose conditions without human intervention. The digital railway will profoundly change the way we work in the rail industry. Although changes do not happen overnight in the rail industry, a revolution is currently taking place. We will see the start of a new era:

Bane NOR illustrates the components of the operational digital railway through a pyramid. The overall digitalisation programme has a budget of more than €3 billion and is the largest of its kind in the public sector in Norway.

Transmission is the artery of the digital railway and should never fail. Bane NOR has approximately 5,000km of fibre optic cables in a fully redundant network.

The traffic radio GSM-R was previously used for voice communication only. With ERTMS, GSM-R is also used for data communication. GSM-R is based on a 2G solution. The foreseen upgrade to 5G will add opportunities for the digital railway.

Norway is upgrading its signalling systems for the whole country from mainly relay-based technology to ERTMS. Bane NOR has chosen a ‘one country, one interlocking, one data centre’ approach to maximise standardisation. All trains in Norway are being rebuilt with ETCS. The ERTMS programme is a key building block for the digital railway. A detailed study is underway to analyse the possible benefits with ATO over ETCS. The expected benefits to be found are in increased capacity and energy savings.

‘Smart maintenance’ is all about utilising Industry 4.0 to improve uptime of the infrastructure and optimise the allocation of funds related to maintenance and renewal. Bane NOR has lessons learned that I will come back to.

A new Train Management System (TMS) is being installed. There will eventually be one TMS for all lines in Norway. The new system will improve automation, including how to deal with exceptions to the normal operation.

Applications are developed for end users, operators, and own personnel. Apps contain information to travellers and operators. Own personnel require access to digital information on all objects to optimise maintenance and fault corrections. 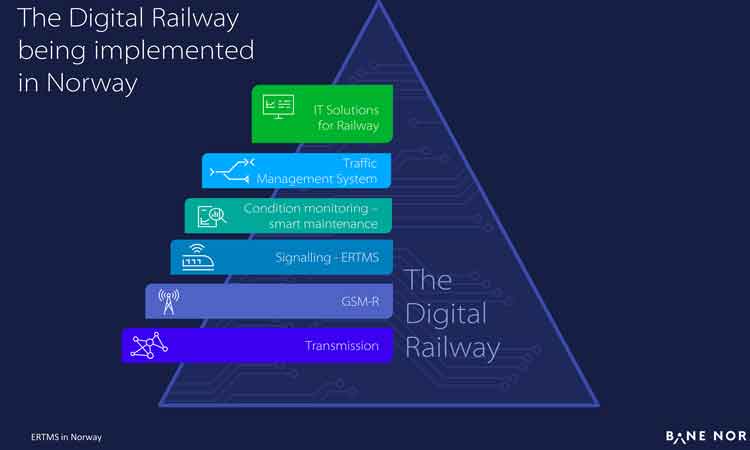 The initial driving force behind the smart maintenance initiative was improved punctuality. The target was to be able to identify an object that was going to fail before it did so, and hence be able to take corrective actions to avoid downtime. Analysis showed that the three objects most likely to cause downtime were interlockings, point machines and track circuits. The ERTMS programme deals with the interlockings so that the focus was on point machines and track circuits.

The chosen solution for the point machines was to measure the current and time to identify deviations from normal operations. In the first approach, thresholds were set based on measuring a normal situation. An alarm was raised if actuals were outside the thresholds. The benefit of this approach was simplicity. It is important to avoid false alarms to build trust in the solution. The next step was to build algorithms including machine learning to have an early indication that a fault was in progress. The algorithms analyse how the current and time develops over a period and can indicate whether there is an issue before a threshold is reached. The purpose is to give an early warning to allow maintenance to be scheduled. The sensor data is stored in the cloud and available for further analysis.

Bane NOR has collaborated with Microsoft, among others, to study how data can serve as the basis for smarter and more proactive maintenance. The world class expertise gained from Microsoft helped us to optimise maintenance activities for the Norwegian rail network.

The technology issues have been easier to address than changing the way the organisation works. Work orders from the computer algorithm have not always received priority out in the field. It takes time for an organisation to truly embrace the new way of working.

Smart maintenance is closely linked to asset management. An obvious development is to have the algorithm suggest when an object should be replaced and not just maintained. The use of machine learning to optimise asset management for improved uptime and efficient maintenance has tremendous possibilities in the rail industry. 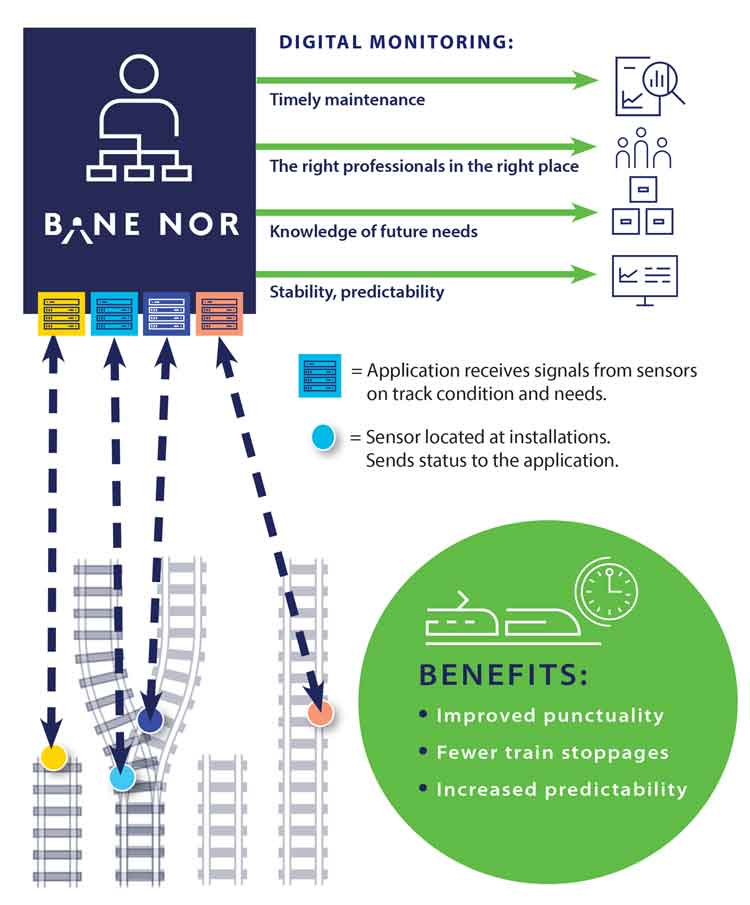 I see a future where most objects have sensors to monitor their condition. This includes the physical track with vibrations and slides. All the data will be collected in real time and stored in a central database for further analysis. Work orders will be automatically scheduled based upon safety, uptime, and efficiency.

Trains fitted with sensors can provide an important source of data about the quality of tracks and catenary systems. The use of sensors on trains will develop rapidly and give invaluable information on the quality of rail infrastructure.

Today, sensors have a low cost and a high reliability. Connectivity is not an issue as standards exist. Data storage and computer power are not limiting factors. Machine learning is well understood. All elements are available for the rail industry to gain from Industry 4.0. It is a question about competence and focus inside our own organisations to enter the modern age. It is time to embrace the possibilities.

Sverre Kjenne is a graduate engineer from Manchester (UMIST) with an MBA from Lausanne (IMD). He has broad experience from managing listed and privately‑owned industrial and technology companies in Norway and abroad. Sverre is a driving force behind the digital railway initiative in Norway.