Introduction: Is the 4th Railway Package in trouble?

Railway liberalisation in the European Union took a big step backwards in February when the European Parliament threw out the Governance Section of the 4th Railway Package – built on earlier EU legislation requiring state railways to be split into infrastructure and operating units. The new section looked for total separation of an infrastructure manager from all operators. If that was not possible, it would have instead required strong Chinese walls to prevent hidden subsidies or confidential information passing between the two, or transfers of staff. 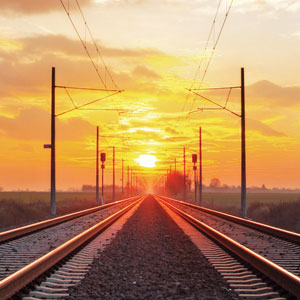 The Parliament’s Transport and Tourism Committee approved the 4th Railway Package on 17 December 2013, but this was insufficient to protect the Governance Section when it came to the floor of the main house. Rather than push it through, the Parliament accepted amendments promoted by the Community of European Railways (CER) to preserve the status quo.

Big state railways had been lobbying hard and it had been widely thought that the French and Germans might act in the European Council to prevent the Governance Section from coming into force, but in the end it never got that far. The Parliament killed it first.

According to the Rail Freight Group (RFG), ‘the result is to allow the big incumbent railways to continue to behave in a monopolistic manner’, allowing financial flows between incumbent operators, infrastructure managers and holding companies. This way there may be a hidden subsidy to incumbent operators, who can then compete unfairly with new entrants.

For instance, the European Commission (EC) pointed to an example in Saxony Anhalt where state railway Deutsche Bahn won a passenger operating concession on the basis of a promise to protect the region against any increase in track access charges for 15 years. It was not a difficult pledge to make, as the company would be able to take money from increased track access charges out of its infrastructure unit pocket and hand them back to the region through its operating unit. Only an integrated company can do this, putting a private sector competitor at a disadvantage.

With the Governance Section thrown out, there is nothing to stop integration of an infrastructure manager and incumbent train operator, and this is already planned in France. A big state railway could help finance the infrastructure manager, gaining priority in the allocation of paths, promoting favouritism over charging.

This is a disaster when it comes to efforts to draw private finance into EU railways. New entrants will run away as they will fear that incumbents could kill their business.

Experience in the UK, where the rail freight market open to competition, suggests that liberalisation can do wonders for rail’s market share against other modes: in that country rail freight has grown by 60% in the past 10 years. By contrast, in France, where the state railway (aided and abetted by the state itself) has done all it can to keep competitors out, rail freight has halved in the same period. The RFG berated the MEPs that sunk the Governance Section, saying ‘it seems they would rather see their rail traffic decline than open it to fair competition’.

Other parts of the 4th Railway Package will help bring in common standards and other benefits of interoperability. One key issue is authorisation of new rail vehicles. The EC points out that procedures to authorise new rail vehicles can last up to two years and cost up to €6 million.

With authorisation procedures varying between countries, manufacturers have to go through several different national processes for the same piece of equipment. ‘Stakeholder figures suggest procedural authorisation costs account for up to 10% of costs of locomotives per country, so authorisation of vehicles for use in up to three member states could constitute 30% of the purchase price’, says the Commission. Nonsense?

The aim instead is that over a period of four years the European Railway Agency should take over authorisation, managing it centrally – a sensible way to go – but the Council and the Commission have to agree the way forward with the Parliament. This is not as controversial as the Governance Section and hopefully a way ahead can be found, but there remains the potential for delay.