Trafikverket – the Swedish Transport Administration – is responsible for long-term planning of all types of traffic for the country’s transport system, as well as for building, operating and maintaining public roads and railways. According to Trafikverket’s National Plan, €52.2 billion will be invested in the transport system up to 2025 and in order to raise the level of competition in its procurement efforts, the Administration endeavours to attract tenders from a greater number of inter national suppliers for its projects. In an interview for Global Railway Review, Camilla Ahston – Trafikverket’s Senior Inter national Strategist – reveals that efforts to attract new international suppliers are beginning to yield good results. 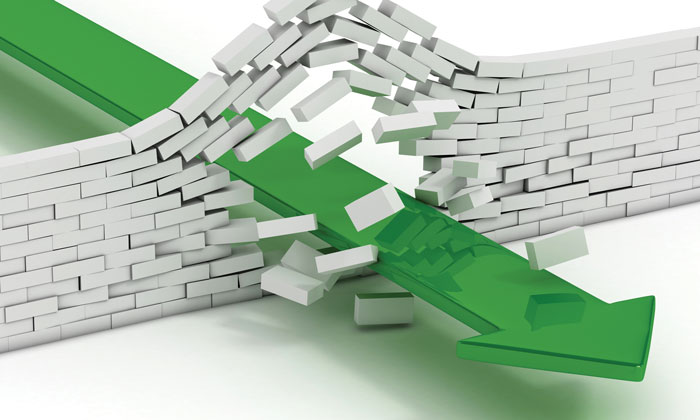 In order to raise the level of competition in its procurements, Trafikverket is endeavouring to attract tenders from a larger number of international suppliers for each project. More tenders will provide the prerequisites for innovative methods and a higher level of productivity. However, more international tenders will also mean greater challenges regarding other languages, safety and regulations.

Trafikverket has increased its work to encourage new international suppliers to submit tenders for its construction projects. These efforts are now beginning to produce results.

Trafikverket currently receives a fairly low number of tenders per procurement: 3.7 in road procurements and 2.4 in railway procurements1.

“We want to increase competition,” explains Camilla. “With more competition we can acquire new ideas and innovative methods from all tenderers, including the Swedish ones, and this will increase our productivity.”

A variety of activities are currently being conducted: one of them is to translate the ‘executive summaries’ of projects where Trafikverket wish to attract international suppliers. In this way an international supplier receives a summary and can easily determine whether or not a project is of interest to them. Other examples include:

So far efforts have largely focused on contractors, but it also means that more consultants are becoming interested in Trafikverket’s market.

The larger contracting companies are often most interested in large, complex projects, preferably in large city areas. However, there are exceptions. Camilla explains: “For example, contractors are also submitting tenders for minor projects out in rural areas. They are active and want to learn about the Swedish market for smaller projects.”

There are, of course, challenges associated with the work on attracting more inter national suppliers.

Swedish regulations in the civil engineering sector are not the same as in Europe. Minimum pay rates, cultural differences and hierarchically directed organisations are also challenges.

However, above all it is a question of language connected with the subject of safety. Trafikverket must be certain that international suppliers understand that safety always comes first – that they understand their demands for precise safety ro utines. It is not only the managers who often know how to speak English – but also the skilled workers who are engaged in construction activities on our roads and tracks.

Camilla is convinced that the market will be increasingly international: “Within five years we will have an even larger number of international suppliers in a wide range of different areas.”

What to think about when entering the Swedish market

When thinking about entering the Swedish market, a number of elements should be considered including the following:

Set up a tender meeting with Trafikverket

Participate in meetings about projects

Make sure all employees and subcontractors receive the minimum wage

To increase innovation and productivity in the construction market

Infrastructure costs account for a large part of the state budget. According to Trafikverket’s national plan, €52.2 billion is to be invested in the transport system up to 2025. It is therefore extremely important that the taxpayers’ money is used efficiently.

Trafikverket was established in 2010 as a result of a merger between the former Swedish Road Association and the former Swedish Rail Association. One important task given to Trafikverket by the Swedish government is to contribute to increased productivity and innovation forces in the construction market. Given its size as a ‘buyer’; its role as a client; and being the regulatory writing authority, Trafikverket can make the necessary changes. How ever, for this to become a reality will require all parties in the industry to take part, as well as form an efficient market structure with sufficient competition.

Trafikverket’s objective means that it must give its suppliers a larger and clearer undertaking and, thus, also greater responsibility for the implementation. For contractors this means that ‘design and build’ contracts must be a prioritised business and for consultancies a greater number of procurements must be procured at a fixed price.

To achieve this, Trafikverket is working constantly to take decisive actions. The work comprises implementing measures to improve long-term planning and procurements of projects, as well as renew and simplify regulations. Trafikverket is confident that these measures will create the possibility of greater innovation and increased productivity. Together with its suppliers Trafikverket will simply create more value for the taxpayers’ money.

Trafikverket is an authority and by law must endeavor to procure goods, services and contracts in competition

Staff registers in the construction industry

Trafikverket has decided to adopt the management of electronic staff registers (ID 06) and application of the new act which took effect on 1 January 2016. Trafikverket welcomes this new act and considers it an important part of the efforts to combat illegal work and promote healthier competition in the construction industry.

Measures and requirements to promote employment

Trafikverket is the first government authority in Sweden to have been commissioned by the government to introduce measures designed to create jobs for the unemployed in connection with its procurements.

Trafikverket’s mission to create a ‘sustainable transport system’ includes taking responsibility for both the environment and social conditions of the people who, in one way or another, are affected by its operations. Trafikverket sets a number of requirements in the contracts, such as demands for basic workers’ rights, working against discrimination and enforcement of Trafikverket’s ethical approach. 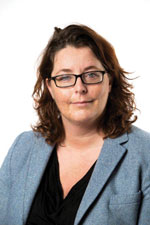 Camilla Ahston has a Master of Law degree from the University of Lund and specialises in public procurement. Camilla is a Senior International Strategist at the Swedish Transport Administration (Trafikverket) and is responsible for the work of attracting more foreign companies to Trafikverket. This work includes publishing a newsletter to foreign suppliers; conducting seminars in Sweden and abroad to meet with suppliers; attending tender meetings; conducting an international supplier’s day; meeting with other clients; and generally investigating what market entry barriers foreign suppliers are faced with when trying to enter the Swedish market.