For Global Railway Review, Guilherme Quintella, Chairman of UIC Latin America, covers details of recent rail developments in southern America as the region begins to unlock the potential of its railways. 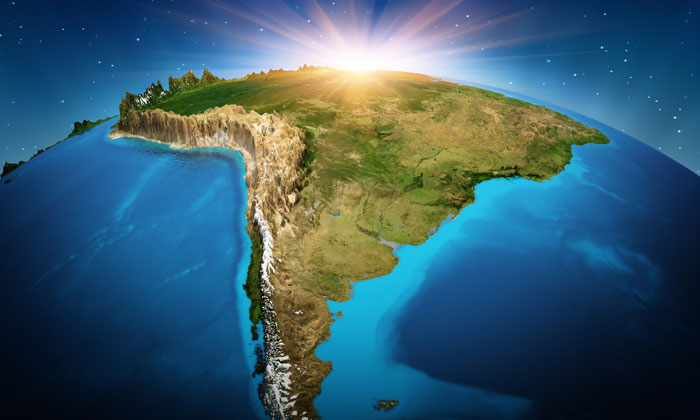 IN 2016 I wrote an article1 which explored the historical formation and implementation of railways in South America. My conclusion was:

“The challenges of integrating the South American railways are significant due to geographical, historical and market factors, but such integration must begin with a pragmatic agenda of shortand medium-term initiatives. These include determining the investments with the greatest potential for competitiveness gains, as well as carrying out specific actions to achieve a more efficient exchange between networks in the border regions (even with different track gauges), as well as greater exchange of information and more feasible objectives.”

One year later, some initiatives in the region indicate that a more realistic and pragmatic approach to developing rail has taken place.

1. Renewing private rail concessions (due to expire between 2026 and 2028)
2. Selecting greenfield projects with high pent-up demand and a proven private interest.

With regard to the subject of concession renewals, the government is prioritising five concessions2 with the aim of renegotiating the renewal terms (30 more years) in exchange for grants and investments, as well as adopting best-practices of regulatory frameworks, especially key performance indicators and claims.

This initiative is very important as the private initiative – that foresees only a 10-year concession period – is reluctant to invest in track renewals, systems and rolling stock, even with potential demand not being served, particularly from agricultural commodities with progressive annual record harvests. Another important point that is being addressed is the potential devolution of non-economic rail branches built in the 19th century and early 20th century, that have a different economic context.

The five railroad concessions currently under a renewal process constitute a total of 12,675km of extension and move approximately 457 million tonnes per year, representing more than 90% of the total freight flow transported by railroads in Brazil. The potential additional mid-term investments that can be unlocked represent approximately USD 8 billon, as well as the generation of more than 100,000 direct jobs and 50,000 indirect jobs.

An additional railway, North-South, which is a public project that will be transferred to private initiative by a concession, will link large gauge networks between northern and southern regions of the country, adding 1,537km to the Brazilian rail network.

As for greenfield projects in Brazil, pent-up demand is pushing the progression of two northern projects that will complement the existing rail network by providing more capacity, reliability and competitive logistics. In addition, it will facilitate a more sustainable transportation mode due to the modal shift from road to railway.

The first greenfield project is ‘Ferrogrão’3 – a rail link from the biggest grain producer region to amazon navigable rivers in the north. Currently approximately 20 million tonnes of grain is deviated to southern logistic alternatives due to a fragile logistic chain based on precarious roads. This volume is expected to increase to 40 million tonnes by 2030. Ferrogrão is almost 1,000km-long and the estimated investment amounts to approximately USD 4 billion. Additional environmental gains will result from rail transport’s more energetic efficiency and land occupation control, compared to that of road transportation.

The second greenfield project is ‘Ferrovia Paraense’4 – a rail link that will unlock ore and bauxite exploration in the state of Pará, as well as provide logistic competitiveness to unexplored lands for agriculture (which are already anthropised for cattle). The potential freight for this railroad consists of approximately 25 million tonnes initially, reaching 100 million tonnes by 2030. Ferrovia Paraense is 1,300km-long and the estimated investment amounts to approximately USD 4. 7 billion.

Both aforementioned greenfield projects will increase freight transportation on Brazilian railroads by almost 20% and boost the rail network by 10%, which demonstrates their high freight density. Their business model will be BOT (Build-Operate-Transfer) with a 60- to 65-year concession period. By 2023, both railways should be operational. Due to their logistic appeal and impact, off-takers and investors from Brazil and abroad are becoming increasingly interested.

For concession renewals and greenfield projects, the Brazilian government has tried to increase regulatory safety by detailing priorities on investments, as well as a set of procedures and rules for existing and new contracts, consolidated at Law 12. 448/17. In addition, the current decrease in Brazilian loan interest rates is considered to be an attractiveness factor. A common feature of all these initiatives is their commodity export fl ow vocation. When the country establishes this corridor in a competitive and sustainable way, the path will be opened for integration among other corridors with the establishment of a nation – or even international – rail network. However, until that happens, this scenario is highly unlikely.

As for Argentina, President Mauricio Macri’s administration has focused on a renewal programme of suburban lines around Buenos Aires and a link of existing end-stations beneath the capital, on a USD 14 billion budget5.

In Colombia, continuing the infrastructure investments with private participation6, the government has recently published the updated Intermodal Transport Master Plan, which includes rail investments of USD 3. 7 billion in 20 years to improve the national transport network.

As for multinational projects, the transoceanic railroad crossing South America and linking the Atlantic and Pacific Oceans has several potential alignments, by linking and refurbishing existing lines (Santos–Arica and Paranaguá/Antofagasta) and by implementing new greenfield lines (Açu–Paita). In all cases, geographic distance, the Andes, environmental issues and fundraising are considerable challenges that render those projects out of reach, at least for the next decade.

Indeed, considering the historical rail infrastructure gap in South America, rail projects should be focused initially on more feasible initiatives, which means projects with high economic and logistic impact in national economies, and demand from off -takers. These two elements combined can bring a third, which is private interest. Following this reasoning, projects could be implemented and then, with a lower infrastructure gap, increased competitiveness and richness, and more planning and structuring maturity, more ambitious initiatives could be achieved in South America.

GUILHERME QUINTELLA is a Brazilian railway businessman and Chairman of UIC Latin America (International Union of Railways). In 2003 Guilherme founded EDLP – Estação de Luz Participações – where he remains to date as CEO. 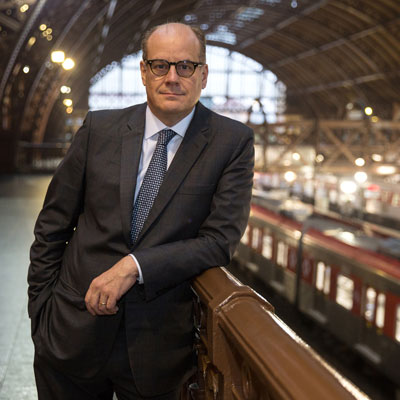