Anthony Perret, Head of Sustainable Development at the Rail Safety and Standards Board (RSSB) discusses possible reasons for Britain’s rail sector’s perceived foot-dragging with respect to sustainable development. Is the lack of a more ambitious approach to the subject due to the absence of a ‘burning platform’? 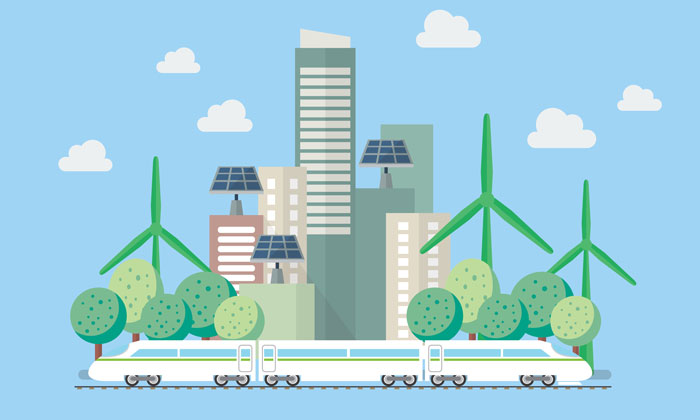 A few years ago, I was discussing with a sympathetic senior industry executive the difficulties of getting the rail sector to take a more pro-active and ambitious approach to sustainable development. His assessment of the issue was the lack of a ‘burning platform,’ and, to a large extent, he was right. Rail is generally viewed as a ‘green’ option, with a steady growth in the region of 5-6 per cent per annum and, even in the age of austerity, public investment continues.

Burning platforms can be an effective way of achieving change; the disastrous level of plastic in the oceans is perhaps the most recent example of the need to reach crisis point before we change our habits. However, by the time the platform is burning it may be too late to get off.

There is an increasingly well used cover of Forbes magazine from September 2007 featuring Nokia and the tagline “1 billion customers – can anyone catch the cell phone king?”. This was published three months after Apple first launched the iPhone. That year Apple sold 1.4 million phones and by 2012 that figure reached 125 million. When change happens, it happens fast.

Energy generation can tell a similar story, through its policy that is driving the changes in technology and in the market. UK renewable energy generation has grown six-fold in 15 years. Offshore wind costs are down two-thirds in seven years and the cost of electricity was £57.50 per megawatt hour in 2017, compared to £115 just two years earlier (and £92 for Hinkley nuclear power station, so policy doesn’t always get it right). An option that was, until quite recently, seen as expensive greenery is now economically competitive.

What’s the relevance to rail?

We’re aware that the long-term trend growth in GB passenger numbers has recently reversed and there is a lot of ongoing research into whether this is an economic blip, or a bend in the trend. In addition, however, we are also facing a combination of pressures that could affect our sustainable future.

In demographic terms we have a population that is growing – said growth being fastest among older groups and in London and the South East. However, we are also seeing the following increasing divergence between age groups: 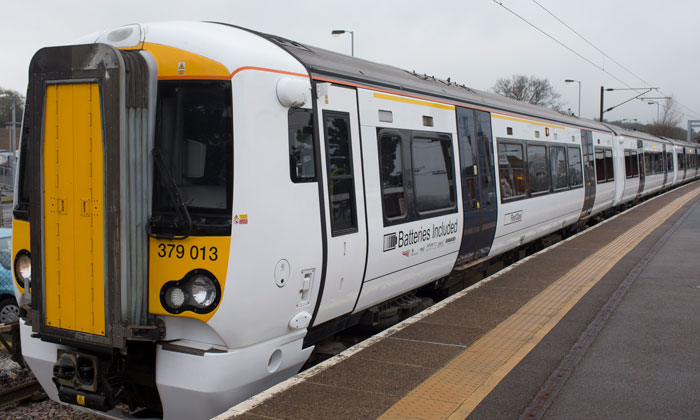 Is it any wonder that season ticket sales are down?

In addition to these influential factors, transport options are growing. Uber has 3.5 million users in London: It’s revenues grew 56 per cent in 2016 and two-thirds of users are 16-34 year olds. Citymapper is a transport app that features on half of all London’s smartphones and it uses the mass of data this generates to offer bus routes that can vary dynamically in response to demand. Data can give an immediacy to transport planning, allowing us to plan the use of transport that hasn’t been possible in the past (such as Uber). For some, though, this is just the beginning. The Rethinkx think-tank believes that “we are on the cusp of the fastest, deepest, most consequential disruption of transportation in history”. As electric vehicles become automated we could potentially achieve reductions of 90 per cent in maintenance costs, 70 per cent in fuel costs and 90 per cent in insurance costs. This would mean that using an autonomous vehicle is cheaper than travelling around in your existing car and has the potential to be greener than rail.

Rail has long held the position as the lowest carbon form of mass transport, making a modal shift to rail seen as the most important way of supporting the fight against climate change. However, this entrenched view has helped to dampen a sense of a burning platform such as we’ve seen in the automotive arena, which is starting to experience seismic impacts. Of course, we are also limited by long-lived and capital-intensive assets, meaning change will always be slower, and by the political hold over the structure and funding of the sector, which can be both a help and a hindrance. The recent challenge presented by the UK Rail Minister, Jo Johnson, to decarbonise rail and remove all pure diesels by 2040, has helped to spur change, but can also make investment in greater efficiency more difficult by creating uncertainty over future payback.

These potentially disconnected trends can all add up to a significant challenge to GB rail’s sustainable future. But rail is responding.

The Sustainable Rail Programme (SRP) of the Rail Safety and Standards Board (RSSB) has been working with the Department for Transport (DfT) to bring industry executives together with subject experts to discuss the aforementioned issues. Two events have focused on the need to make difficult choices regarding the type of railway we want, and how we can adapt to disruptive changes that are happening at a pace we can’t currently match.

The Rail Technical Strategy sets out a vision for how technology can be used to create a better, lower carbon, more integrated railway. Its Capability Delivery Plan includes workstreams to test alternative fuels and personalised customer experiences that will seamlessly integrate rail with other modes.

To bring some of these themes together, over the last six months RSSB’s SRP has been developing a set of ambitions to define GB rail’s vision for how it will respond to these challenges. Working with stakeholders across the sector, the programme focused on key priorities including plans for how we decarbonise rail, our role in Mobility-as-a-Service (MaaS), meeting the needs of a changing demographic and playing our part in reducing air pollution. Over the next year clear roadmaps will be developed detailing how rail will move towards meetings its ambitions. And just to be clear – this work pre-dated the recent decarbonisation challenge from the Rail Minister.

Does this mean we now have our burning platform? Not yet. But it may help us get to a position where we no longer need one. 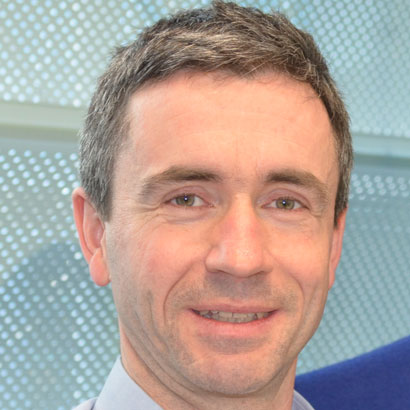 Europe’s economic recovery after COVID-19 must be green, also in transport – says CER