According to the US High Speed Rail Association (USHSR), congestion relief, safety, economic development and an alternative to flying are just some of the top 10 reasons to bring high-speed rail to America… 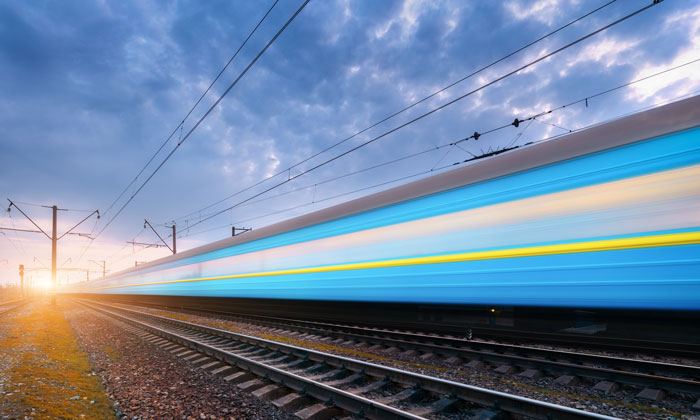 The US High Speed Rail Association (USHSR) states that America is in big trouble on multiple fronts, yet the majority of its ‘leaders’ are asleep at the wheel with no real solutions being worked on, evaluated, or proposed. In response, the USHSR has compiled a list of the top 10 reasons to bring high-speed rail to America to solve most of the current and future problems (epic congestion, foreign oil dependence/escalating resource wars, climate change, crumbling infrastructure, endless highway deaths, economic problems, etc).

America faces epic congestion in every major metropolitan region of the country, costing $124 billion per year in wasted time and fuel. Road widening projects – justified by claims they relieve congestion – have only made congestion worse across America. High-speed rail is transformative and can reverse this mess – delivering 200mph transportation every train, every day – without delays or congestion, ever.

High-speed rail delivers +200mph transportation as an alternative to the flying nightmare. No hassles, no security lines, no delays, and plenty of room to work or play. Flight delays cost America more than $31 billion per year in wasted time.

3. Safety
Approximately 43,000 people are killed every year in car accidents in America, and another million more seriously injured. High-speed rail is the world’s safest form of transportation proven by decades of safe operations. Japan was the first nation to build high-speed rail in 1964 and has since transported 10 billion passengers without a single fatality! France has a similar record with their 30 years of high-speed rail operations, as do a number of other countries.

America is in deep trouble due to our extreme oil dependency for 98 per cent of our transportation – consuming some 20 million barrels of oil every day, 70 per cent for transportation. Maintaining this enormous flow of oil requires America to dig up the oceans, protected national forests, the arctic tundra, risk our clean drinking water, our health and safety, and fight expensive wars all over the planet! None of this is sustainable, or desirable.

High-speed rail is the world’s greenest form of transportation and can be 100 per cent powered by renewable energy, bypassing the entire global-oil-military-supply-chain. The California HSR system under construction in the Central Valley will be powered 100 per cent by renewables.

High-speed rail offers an alternative light freight shipping infrastructure in combination with its passenger transport, lowering the cost (and increasing reliability) of shipping light freight goods and perishables throughout the country. This would replace our inefficient light freight shipping network made up mostly of long-distance trucks, and airplanes, which has an enormous carbon footprint while clogging our highways.

6. Carbon solution
Transportation is the single largest source of carbon causing climate change. The American transportation system is the most inefficient on earth, with the majority of the country driving gas-guzzling, single-occupant SUVs hundreds of miles a day around sprawling communities. High-speed rail is the world’s greenest form of transportation and can be 100 per cent powered by renewable energy, making it zero carbon transportation.

High-speed rail helps solve the affordable housing crisis by providing access to a wider housing market and taking pressure off the high price ‘hot spots’ by levelling out pricing at the regional scale. High-speed rail also spurs the development of additional rail systems including light-rail and streetcars, thereby opening up additional possibilities for affordable living, and the ability to live without a car, or less cars per household, saving all the huge expense of car ownership.

High-speed rail has the power to attract major real estate development around its stations, while also creating whole new industries with a lot of manufacturing needs, while launching a nationwide construction boom, followed by a new travel boom that will live on for decades.

10. Job creator in manufacturing and construction

Visit the the USHSR website to read more about the Association’s top 10 reasons to bring high-speed rail to America.