Operation Lifesaver (OL) Canada – a not-for-profit organisation dedicated to preventing incidents at level crossings as a result of trespassing on railway property – has been working to find new and innovative ways to spread its rail safety message across the country. Sarah Mayes, OL’s National Director, provides more information. 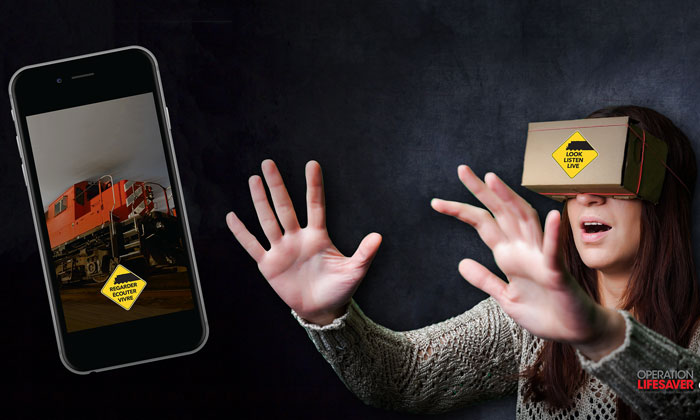 In April 2017, OL launched a virtual-reality (VR) rail-safety campaign called Look.Listen.Live1. The campaign centres around two VR videos: The first is filmed from the perspective of a person taking an illegal shortcut across railway tracks2 and the second, from the perspective of someone driving around the lowered gates at a rail crossing3, trying to beat an oncoming train. Spoiler alert: Both videos end in tragedy.

The campaign was promoted through a combination of social media, web and billboard advertisements and OL shared the early results of its efforts at the 2017 International Level Crossing Awareness Day conference (ILCAD). Two months after its launch, Look.Listen.Live. had already generated close to 4.8 million impressions through social media and digital advertisements alone. 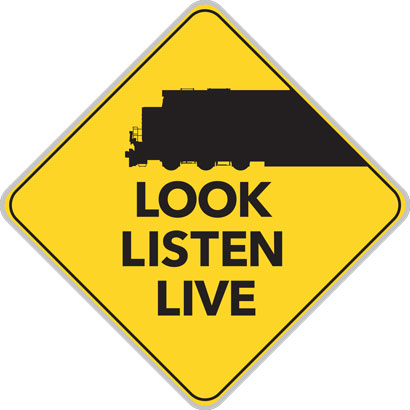 OL has expanded on the campaign in 2018 by developing new videos for key audiences, such as snowmobilers4, all-terrain vehicle riders5 and commuters, and by refreshing its website and communications materials6 to make them consistent with the Look.Listen.Live. brand. All of OL’s VR videos are available on its campaign website and can be viewed with or without a VR headset or cardboard viewer.

Evolving the Look.Listen.Live. campaign in this way has helped it to gain traction – generating more than 30 million impressions since OL first launched it in April 2017 (significantly more than originally projected), as well as more than 125,000 views of the campaign videos.

So why does this particular campaign seem to resonate with the public? Likely because it allows people to personally experience an incident with a train. Seeing is believing and VR videos allow people to see first-hand how quickly and quietly a train can sneak up on them. VR is also proving to be a particularly good way to connect with 18 to 35-year-olds – the demographic typically involved in trespassing and crossing incidents in Canada.

Beyond just ‘scaring people safe’, OL is planning to use VR to develop training materials for new and professional drivers in the next six months. Unlike its live-action Look.Listen.Live. videos, these VRs will be completely computer-generated and interactive – requiring viewers to make decisions in real-time when faced with safety scenarios and allowing them to experience different endings depending on their choices.

But OL is also employing more traditional approaches in its rail-safety public awareness campaigns. Sharing the cautionary tales of those involved in rail incidents still resonates strongly with OL’s audiences. In 2017, OL produced a short documentary-style video called Scott’s Story7, which profiled a young man who lost an arm and a leg to an incident with a train in 2012. Based on the performance of that video on social media, OL will be developing a new campaign called #STOPTrackTragedies for Rail Safety Week 2018 (23-29 September 2018). The campaign, which is being produced in partnership with OL in the U.S., will include six videos (four produced in Canada, two in the U.S.) which tell the personal stories of those affected by rail incidents – including friends and family, first responders and locomotive engineers. One video will be launched each day over the course of Rail Safety Week and the campaign will be promoted through social media, digital and in-kind broadcast ads. 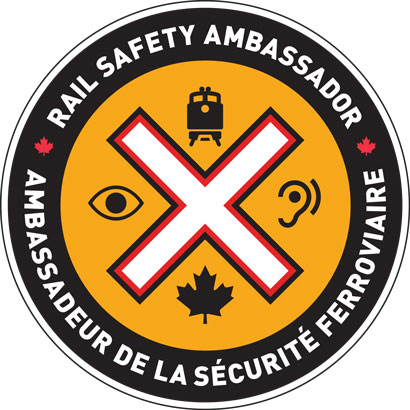 Of course, none of OL’s campaigns would be as successful as they are without the support of its many partners and volunteers. In February 2018, OL launched its new Rail Safety Ambassador Programme to recruit Canadians across the country to help spread the word about rail safety in their communities and online. New applicants are always encouraged to register8 and those interested in participating in face-to-face outreach are required to provide a police record check with vulnerable sector clearance and complete an online training module. Since the launch of the programme, OL has recruited almost 150 new Rail Safety Ambassadors who will have an invaluable role to play in disseminating its campaigns over the next few years.

Finally, OL will be working to solicit government and corporate funding for a new national railway suicide prevention campaign in 2018. While it is in the preliminary stages, OL and its railway partners recognise that an evidence- and community-based approach to suicide prevention – one that aims to de-stigmatise suicide and connect at-risk individuals with help – will go a long way towards reducing the number of tragic incidents occurring on Canadian rail lines each year. OL plans to launch its new campaign in early-2019, with ads in stations and on trains and suicide prevention signage on railway rights-of-way across Canada, linking at-risk individuals with Canada’s new national suicide prevention service. OL’s hope is that it can emulate the successes of similar international efforts – most notably Network Rail’s We Listen9 and Small Talk Saves Lives10 campaigns, delivered in partnership with the UK charity the Samaritans – with its own made-in-Canada initiative.

Sarah Mayes is National Director of Operation Lifesaver Canada and has more than 15 years of combined media, communications and project-management experience. Most recently, Sarah served as the Railway Association of Canada’s Director of Public Affairs, managing the association’s day-to-day communications and media relations and overseeing its national Pulling for Canada advertising campaign. Prior to joining the association world, Sarah worked as an Associate Producer and Reporter for the Canadian Broadcasting Corporation (CBC), as an Online Journalist for CBC.ca and in the CBC’s national political bureau as a Researcher and Writer for Politics with Don Newman. Sarah holds a Bachelor of Science from McGill University (2001). 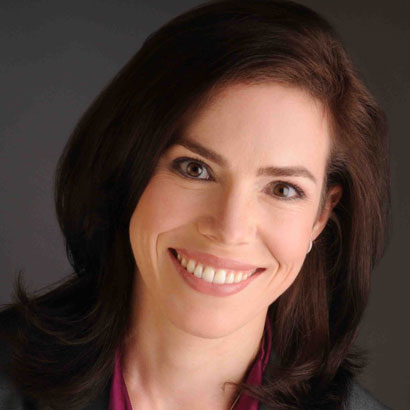